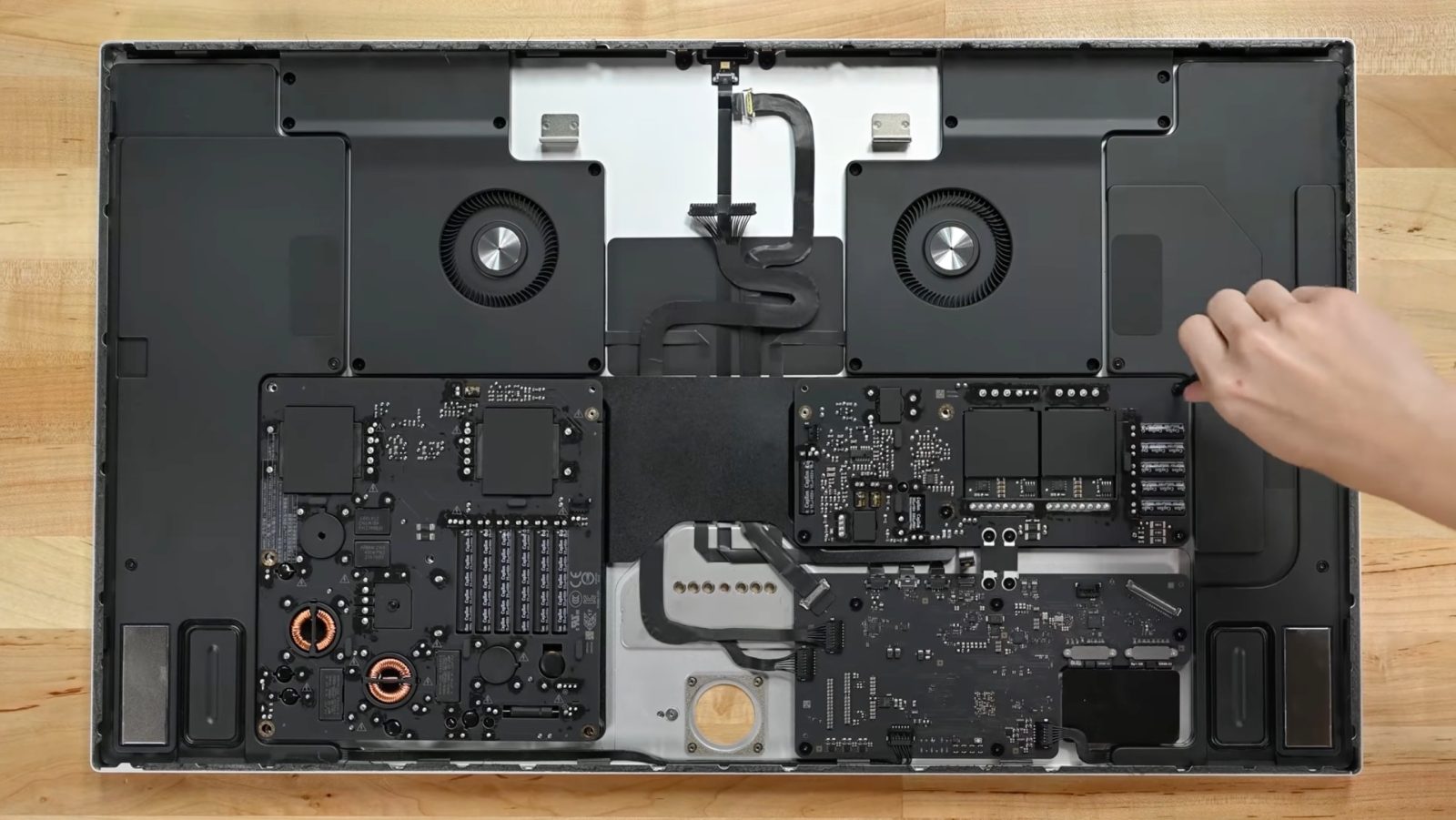 After showing a preview inside Apple’s new Studio Display last week alongside its Mac Studio teardown, iFixit is back today with a full disassembly of Apple’s prosumer monitor. Check out the full teardown below that examines the infamous webcam, shows why the Studio Display is 50% thicker than the M1 iMac, and more.

After inspecting the Studio Display camera up close, iFixit says it looks almost identical to the iPhone 11 front camera. That’s left iFixit optimistic that the hardware should be able to offer much better performance with a software update.

iFixit also shows off the “massive” fans that Apple had to include to dissipate the heat from the internal power supply, the detailed logic board with the A13 chip, the speaker system that supports Spatial Audio, and more.

Notably, iFixit says the Studio Display being 50% thicker than the M1 iMac is due to the power supply being placed inside the monitor as opposed to the M1 iMac having an external power brick.

Check out the full teardown: