Which Apple announcements are you most looking forward to during WWDC 2022? 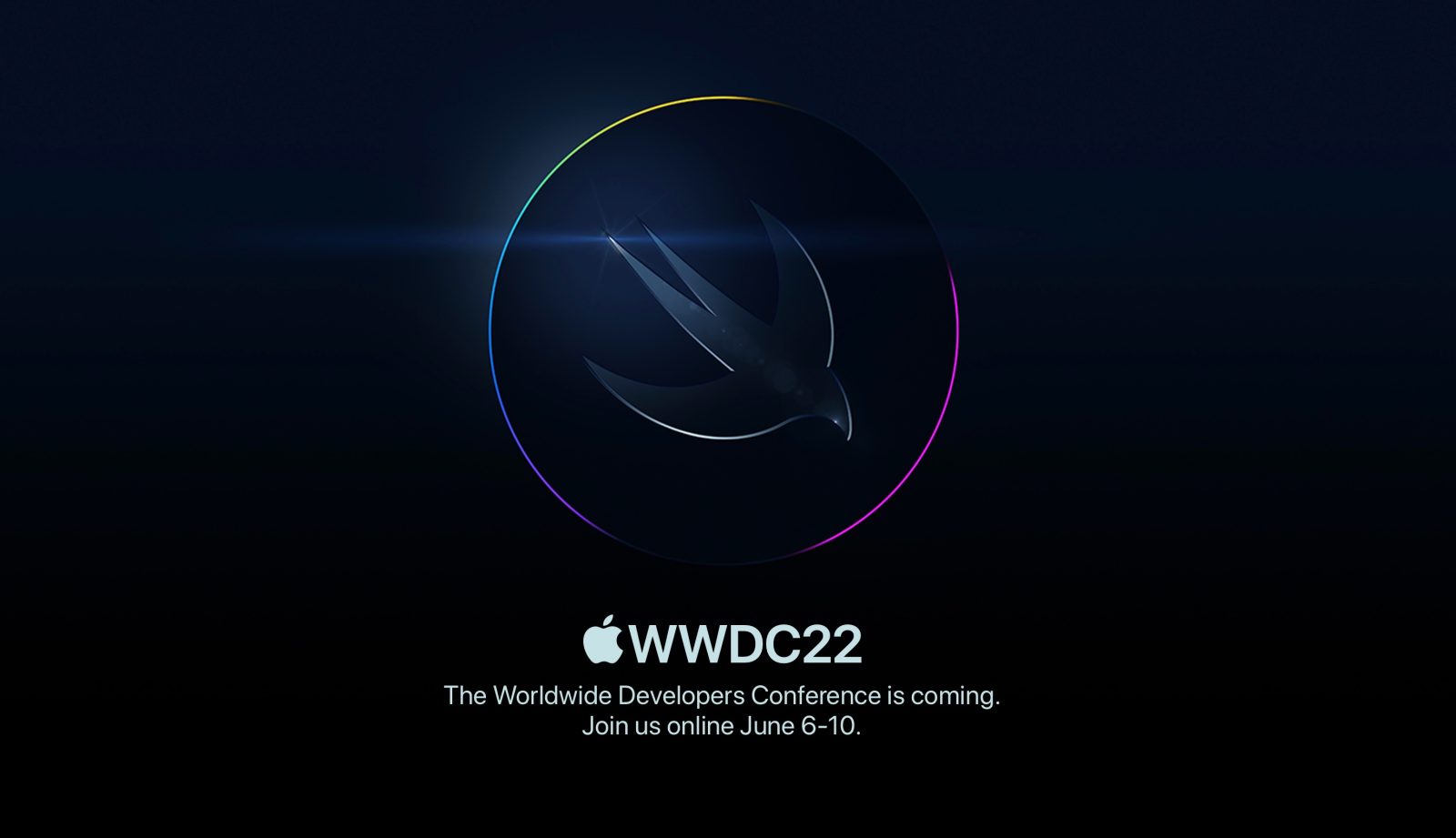 Apple’s WWDC 2022 keynote already has an announced date: June 6. In a couple of months from now, the Cupertino company will likely unveil iOS 16, iPadOS 16, macOS 13, watchOS 9, tvOS 16, and (maybe) even more. Which Apple announcements are you most looking forward to during WWDC 2022?

As of now, we know little about the upcoming operating systems Apple will unveil at the WWDC 2022 keynote. With this year’s first featured image (you can take a look at it above), we see that the company is focusing on its Swift code language, which makes totally sense, since it’s a developers conference.

So far, Bloomberg‘s Mark Gurman reported that iOS 16 codename is Sydney, macOS 13 is called Rome, and watchOS 9 is Kincaid. For iOS 16, the journalist only said it will bring “nice upgrades.”

Since Apple doesn’t need to share internal operating system builds outside of the company, it’s more difficult to have upcoming software information leaking. For hardware, on the other hand, it’s easier to know what Apple could unveil in advance of the official release.

Personally, I’m waiting for Apple to bring a long-awaited redesign to iOS 16 during WWDC 2022. Although the company has been tweaking the system with every yearly update, it never redesigned the system the way they did with iOS 7.

For iPadOS 16, it still lacks a Calculator app and more exclusive features for the M1 iPad models. Will this upcoming system unlock these tablets full potential?

macOS 13, for example, 9to5Mac has reasons to believe it will be called Mammoth, but what it will impact the operating system? We don’t know. My bet is that Apple will heavily focus on its M1 Macs, since the company declared its two-year transition to its own silicon is over.

I also hope Apple gives a little more love to tvOS 16 and HomePod 16 during WWDC 2022, since both were completely forgotten during last year’s keynote.

Last but not least, we could see a preview of the upcoming realityOS for the rumored Mixed Reality headset, a redesigned Mac Pro, and even the Pro Display XDR successor.

With all that in mind, which Apple announcements are you most looking forward to during WWDC 2022? Vote in the poll and share your thoughts in the comment section below.