Why doesn’t Apple Music on iOS have crossfade, but the Android app does? 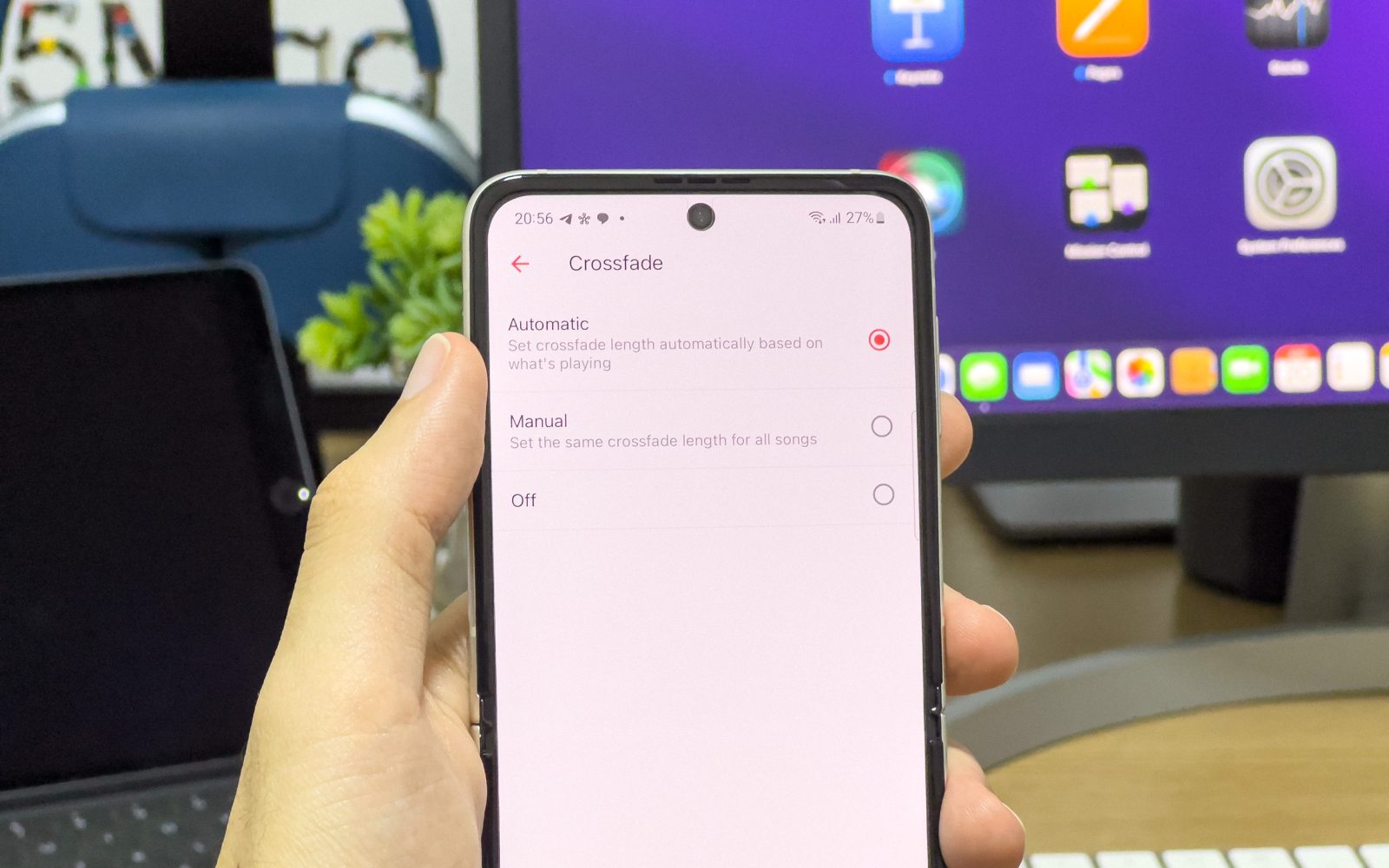 Some of Apple’s services are available on other platforms such as Windows and Android, but usually the company keeps some features restricted to its own devices. However, when it comes to Apple Music, it’s quite the opposite. The Android version seems to have more features than on iOS. Why doesn’t Apple Music on iOS have crossfade, but the Android app does?

To put some context into this article, I recently decided to give the Samsung Galaxy Z Flip 3 a try after years of using iPhone. But since I’m not replacing the iPhone as my primary phone, I still subscribe to Apple One, which means Apple Music is still my primary music streaming service.

I was a bit afraid about what to expect from the Apple Music experience on Android – after all, we all know that using Apple Music on Windows is a nightmare. Luckily, everything works quite well. I haven’t had any issues other than those I also have using Apple Music on iOS – like having to constantly confirm that I allow explicit songs on my device.

But here’s where things start to get interesting. In some cases, it seems that the Apple Music app for Android has more features than the iOS app, which is a native app with access to all of the iOS private APIs.

One thing I immediately noticed is that Apple Music on Android comes with crossfade enabled by default. For those unfamiliar, crossfade enables a smooth transition between one song and another, which creates an effect similar to that used by DJs to always have something playing, avoiding silence when a song ends.

Personally, I really enjoyed listening to songs with crossfade enabled, so I looked for this option in iOS. It turns out that it doesn’t exist there.

However, this is only one of the features missing from Apple Music on iOS when compared to the Android app. As 9to5Mac‘s Chance Miller wrote earlier this month, Apple Music on Android was updated in 2020 with “gapless playback,” which is also a technique for eliminating silence between tracks – but without the crossfade effect. Guess what? That feature was never added to iOS.

As I looked deeper into the Apple Music app settings on Android, I also found an option to force the app to update album and playlist artworks, as well as easy access to content restriction options. None of this is available on iOS.

It’s great to see an Apple app like Apple Music on other platforms. But in what world does adding exclusive features to competing platforms make any sense? Why are these features not available for iOS users?

And last but not least, I still insist that Apple should provide standalone updates for native iOS apps. iPhone and iPad users have to wait a whole year until the next major iOS release to get some new features in apps like Apple Music, while Android apps (including native ones) can be updated at any time.

Come on, Apple. You can do better than that.