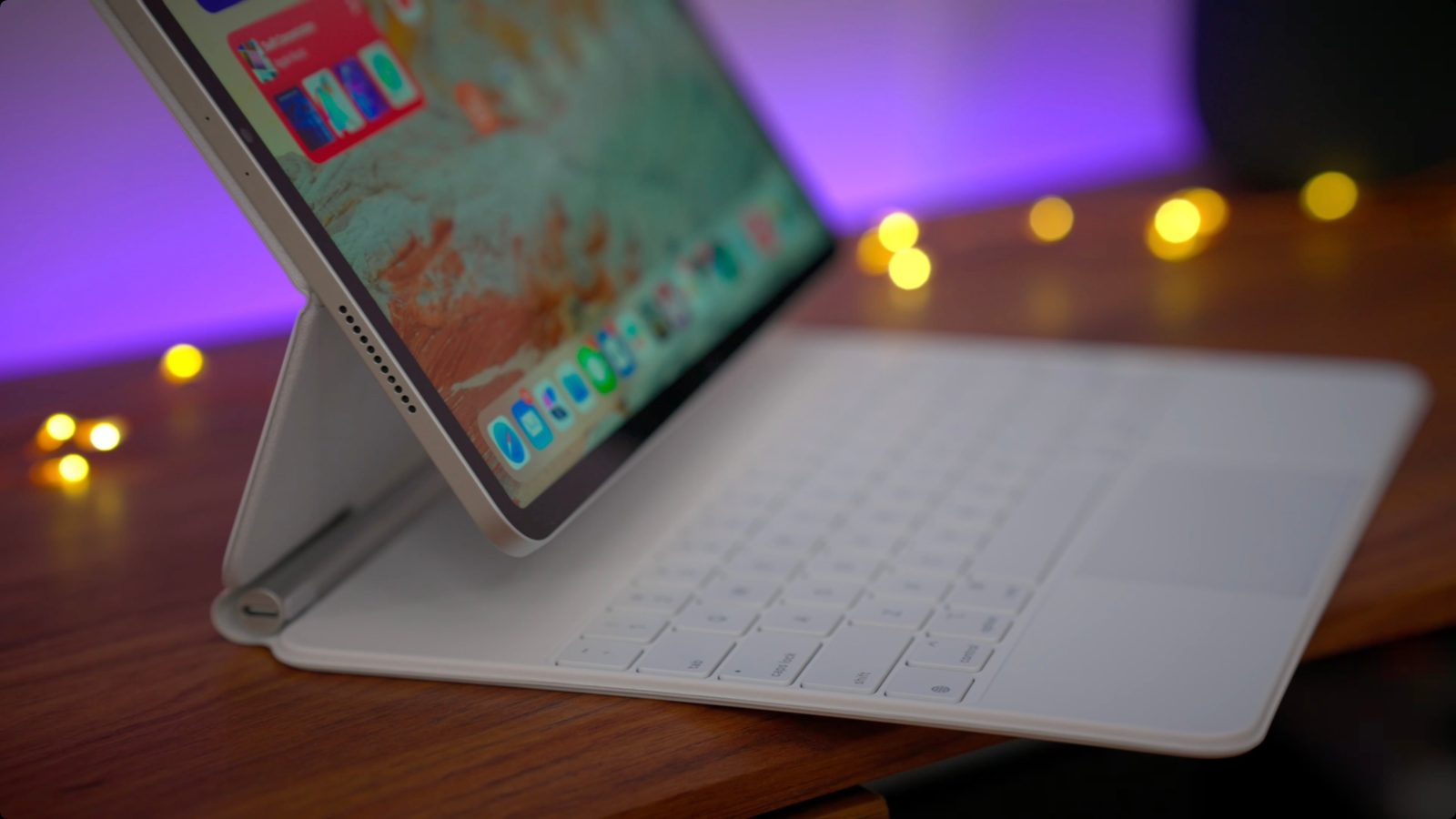 Apple is expected to announce a new generation of the iPad Pro in 2022. As it’s been months since rumors about this tablet started, there are some features that are very likely to be available with this new generation of iPad Pro. Read on as we round up four of them that we expect to see on the 2022 iPad Pro.

One of the key features available on the new MacBook Pro and on the iPhone is MagSafe compatibility. For the 2022 iPad Pro, it seems Apple could finally adopt this technology to the tablet.

While it was first believed that the company would make an entire glass back for this device, it seems this is not the case anymore, as the iPad Pro would be way more fragile and heavy. According to 9to5Mac sources, Apple is planning to make a bigger logo on the back of the iPad with a glass finish. This would help power be transmitted through the tablet.

miniLED and LCD options for the 2022 iPad Pro

When rumors about the 2022 iPad Pro started, it was believed that both of the tablets would feature a miniLED screen. Now, analysts Ross Young and Ming-Chi Kuo said that Apple will keep the LCD technology for the smaller 11-inch iPad due to high costs of production.

“Apple is taking share with just a single product for the rest of this year in this category. While it was previously thought that Apple would also introduce MiniLEDs to the 11” iPad Pro, we no longer believe that is the case, at least not this year. Apple is reportedly targeting its MiniLEDs on larger and more expensive displays,” said Kuo in March.

9to5Mac is able to confirm that Apple is working on a new iPad Pro with a larger battery, as some users complain that the Magic Keyboard causes excessive battery drain.

With that, although Apple always promises a 10-hour battery life, this would mean this iPad could handle more demanding tasks for longer – or, at least, more time connected with the Magic Keyboard and the Apple Pencil.

After Apple surprised everyone with the addition of the M1 chip on the iPad Pro, it’s likely for the company to add an upgraded version of this processor to the upcoming 2022 iPad Pro. Naturally, this iPad would feature the M2 chip.

9to5Mac sources corroborate that this new iPad will feature this new processor. It should be faster than the M1, but it will not beat the M1 Pro, Max, or Ultra chips.

These are four features we expect to see on the 2022 iPad Pro. As of now, it seems this tablet could be released later this year, around September–November. With iPadOS 16 being announced a few weeks from now, it will also help us take a closer look at what this iPad could feature.

Are you excited about this upcoming iPad? Share your thoughts in the comments section below.