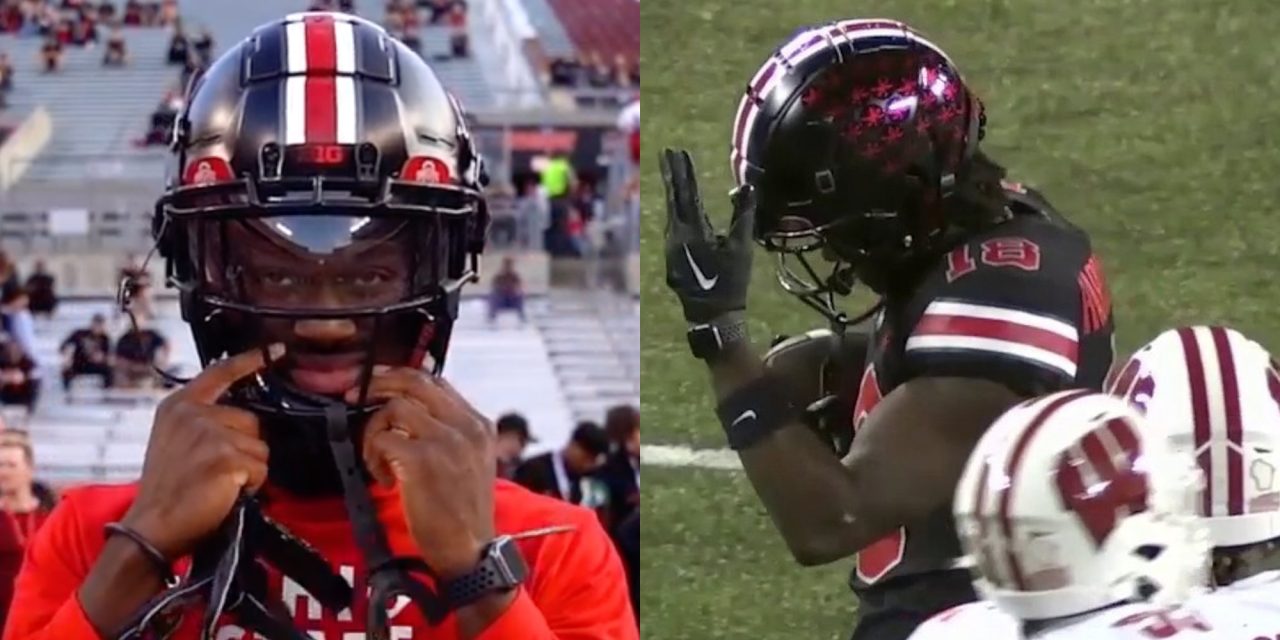 Apple Watch was a point of concern over the weekend during the Ohio State Buckeyes college football game. The team’s wide receiver Marvin Harrison Jr. was spotted wearing one during the game until someone called timeout on it.

According to NCAA rules, Harrison, or any player, is not permitted to be equipped with any electronic, mechanical or other signal device with the purpose of communicating with any source.

However, the NCAA has two exceptions.

Players may wear these devices if it’s a medically prescribed hearing aid of the sound-amplifier type, or a device for transmission of data, “specifically and only for the purposes of health and safety.”

While the NCAA doesn’t allow communication devices, the Apple Watch easily falls into the category of health and safety. Can you imagine what playing college football does to your activity rings? The game against Wisconsin did end at 52-21 in Ohio State’s favor.

Still, you might want to opt for the more durable Apple Watch Ultra if you’re expecting to be tackled by a force of nature. And admittedly, it’s impossible to know whether or not the Apple Watch is online to enforce the communication rules. This was less of an issue for sports pre-cellular-Apple Watch in 2015.

Marvin Harrison Jr. is said to have removed the Apple Watch (and did we mention Louis Vuitton cleats?) when the Ohio State wide receiver was called out for it. Nevertheless, there’s an argument that neither the watch nor the cleats violated NCAA rules. This could also be a regular thing for the wide receiver.

This is hardly the first time Apple Watch and college/professional sports have clashed. From coaches to an MLB player who later became an Apple TV+ baseball announcer. Our advice? As I mentioned before, give the Apple Watch Ultra a spin next time. As for the cleats, those should obviously be standard in college football.

Not to mention, Marvin Harrison Jr. genuinely seems to love his Apple Watch!