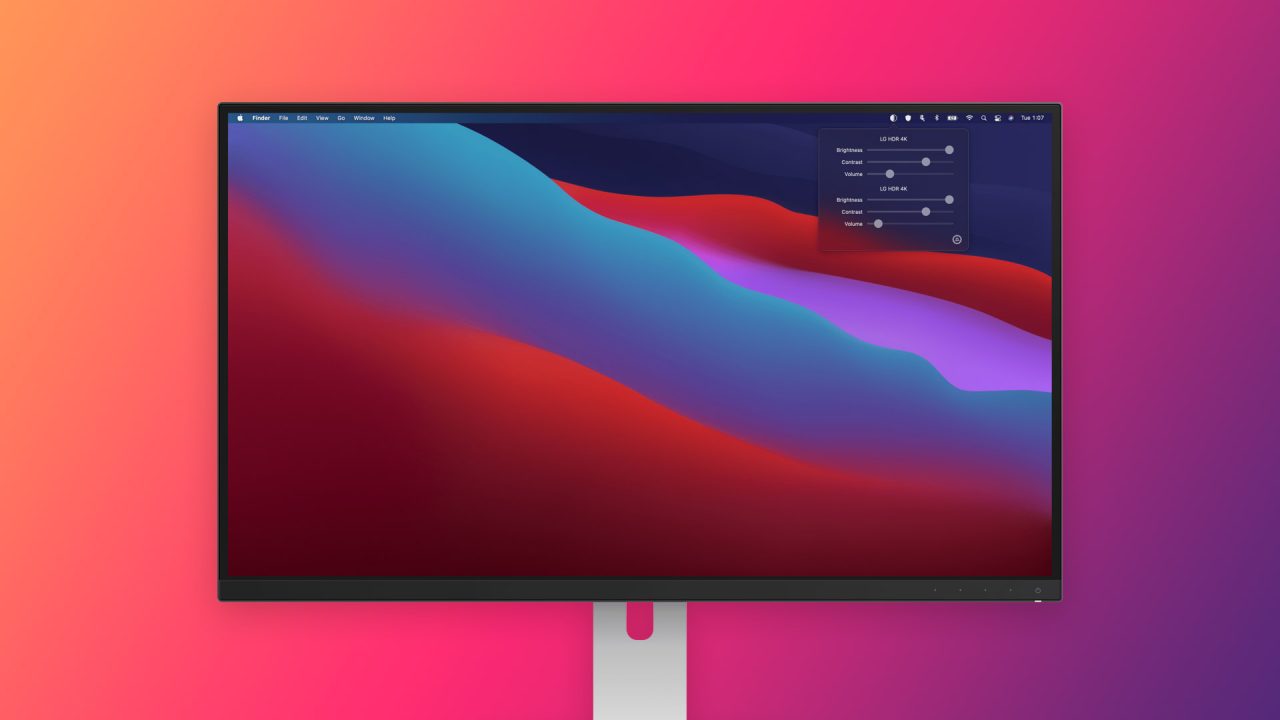 When you use your Mac connected to an Apple display or an LG UltraFine (which is officially supported by Apple), changing the brightness of the external display is just as easy as doing it on your Mac’s display. However, most third-party displays don’t have macOS integration – but this is something you can fix with DisplayBuddy.

With DisplayBuddy, users can control the brightness of external displays directly from their Mac. This means that you no longer need to access your monitor’s settings to adjust the brightness. The tool is extremely useful for those who have a third-party display.

Personally, I have a 4K monitor from LG that has no macOS integration. As a result, the only way I have to increase or decrease its brightness is by using the monitor’s built-in buttons. As you can imagine, this is quite annoying and far from elegant and intuitive. Luckily, DisplayBuddy makes the brightness controls work in macOS as if I were using an Apple display.

DisplayBuddy is not the first app in this category. In fact, I used a similar tool in the past with my 2017 MacBook Pro, but it was never updated with support for M1 Macs. The good news is that DisplayBuddy works not only with Intel Macs, but also with Apple Silicon Macs.

How to use it

Setting it up for the first time is super easy. In fact, all you need to do is install the app and open it. Then, just click the DisplayBuddy icon in the macOS menu bar to adjust the brightness of external displays connected to your Mac. The app relies on the DDC-CI protocol to work. In some cases, you can also adjust the contrast and volume of an external display directly from DisplayBuddy.

If you want to make things even easier, the app lets you use the brightness keys on Apple’s Magic Keyboard (or any other key combination you like) to adjust brightness and volume. Users can even set custom shortcuts for switching between HDMI/Thunderbolt ports. DisplayBuddy also has integration with Siri Shortcuts, so you can create different presets and switch between them using just your voice.

Try out the app

In my tests, the app really worked as promised. If you want to give DisplayBuddy a try, an individual license for the app costs $12.99. It’s also available as part of the Setapp subscription, which lets you try out the app for free for seven days. You can learn more about it on the app’s website.