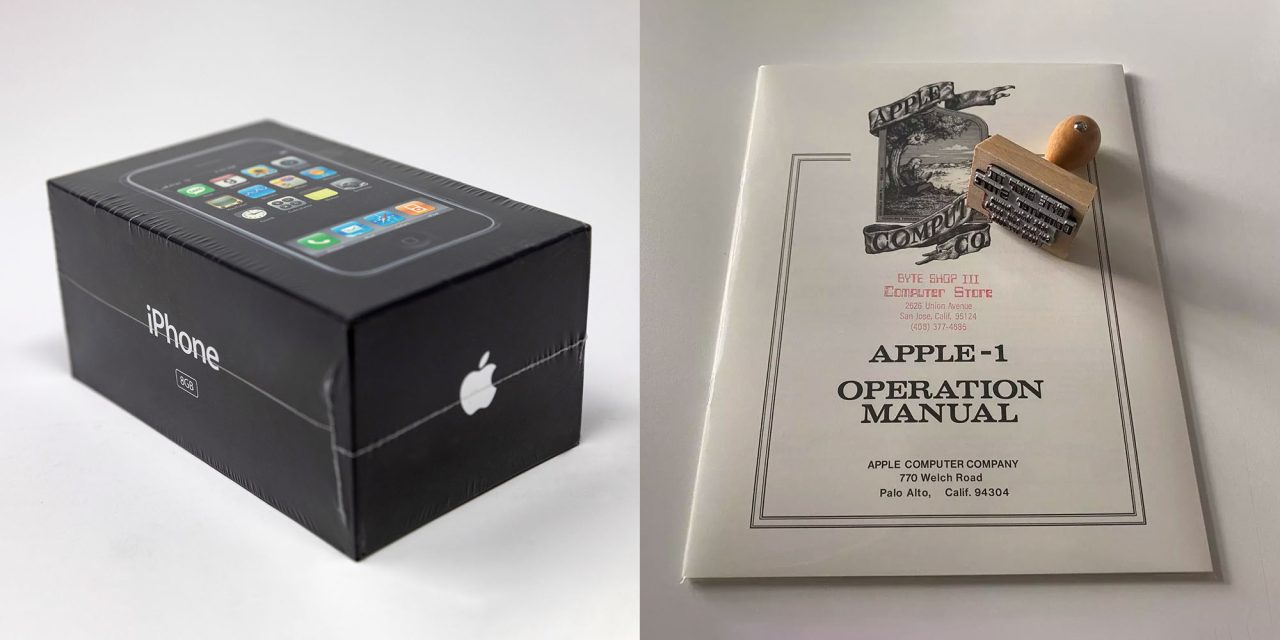 This past summer we saw an auction of rare Apple hardware including Steve Jobs’ prototype Apple-1 sell for $700k and an unopened original iPhone command $35,000. Now in a new auction that’s currently running, another sealed original iPhone is expected to go for 50 times the original price or beyond.

And in a wild auction story, a rare Apple-1 manual that was sold for $42,000 was recently discovered to be a replica, not an original, prompting a refund for the winning bidder.

Sealed original iPhone up for grabs

LCG Auctions has the latest unopened first-generation iPhone. Bidding is open now and set to end on October 16 at 2 pm PT.

Here’s how the auction house describes the condition of the Apple collector’s item:

“This factory sealed, first-release example is in exceptional condition. Virtually flawless along the surface and edges, the factory seal is clean with correct seam details and tightness. Labels on the reverse are correctly pristine beneath the seal. All original – no aftermarket stickers or UPC labels on this one. Brand new, never activated. Collectors and investors would be hard pressed to find a superior example. Relevance and rarity comprise a winning formula for this red hot collectible. Model A1203, Order MA712LL/A (8GB), Authenticity fully guaranteed by LCG Auctions.”

LCG expects the final price to land at $30,000 or higher. With the 8GB version of the original iPhone selling for $599, that’s a 50x or greater premium on this unopened iPhone.

In another fascinating auction story, what was thought to be a very rare Apple-1 manual was discovered to be a replica.

“Once I finished this crazy task, I posted about it in several forums. One user commented: “I have such an Apple-1 manual here. It does not seem to be from a scan. Maybe it is an original.”

As it turns out, “in the 80ies, a reprint had been produced in Germany as a giveaway for a local developer’s conference. The template used for the reprint was an original Apple-1 Operation Manual. That particular specimen had been written into, thus featuring the note in the entire print run of a few hundred copies. Apart from the handwriting, the manual is an excellent reproduction that only differs in very few details, like the position and distance of the saddle-stitch binding, compared to an original. We will come back to this point later. For now, the main takeaway is that a reprint from around 1983 of the Apple-1 Operation Manual exists. And I bought that exact copy of the reprint from that forum user for 1,000 euros.”

After learning that and inspecting all the fine details, it became clear to Armin that an Apple-1 manual that recently sold for $42,000 was actually a replica.

After reaching out to the auction house, Armin’s discovery was confirmed. The respected company wrote:

“We agree with your findings that this is a replica. We were unaware of the replicas made in the 1980s. Thank you for educating us. We reached out to the winning bidder and offered him a full refund. He’s asked to purchase the replica for a few thousand dollars because he enjoys it. We will be refunding the balance. The consigner is very well known to us and not a nefarious person. We did show it to our expert, but we only provided him with scans. Upon further review, and again with gratitude, we agree that the annotation is printed. We will make sure this never happens again.”