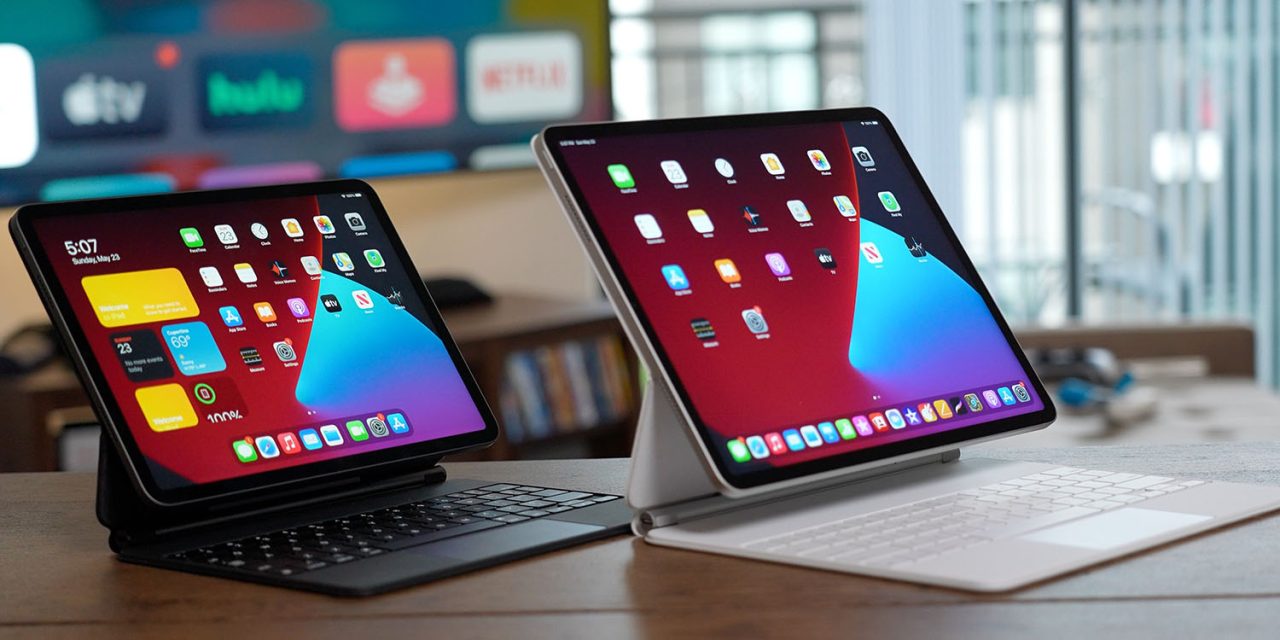 Update: In his latest tweet, Mark Gurman confirms that he expects the new iPad Pro to be announced today. Original story from the weekend follows …

Apple already introduced its new lineup of iPhone and Apple Watch last month. However, the company has also been rumored to be working on some other new products. A new report from Bloomberg’s Mark Gurman says that the M2 iPad Pro will be announced in the coming days. However, new Macs won’t be available until later this year.

Gurman today corroborated that there are new iPad models coming “very soon.” More specifically, a new generation iPad Pro equipped with the M2 chip, the same as the M2 MacBook Air introduced back in June. Code-named J617 and J620, the new iPad Pro models will keep the current form factor with 11-inch and 12.9-inch displays.

The M2 chip is about 20% faster than the M1, which means that consumers are unlikely to notice a significant performance jump compared to the current iPad Pro model. Other major hardware changes also seem unlikely at this point.

In addition to the M2 iPad Pro, Gurman said that a new entry-level iPad is also expected to be announced in the coming days. 9to5Mac first revealed details of the 10th generation iPad in June. Code-named J272, this iPad model will get a new design and a USB-C port instead of Lightning, as well as 5G support.

However, unlike the more expensive iPads, the new entry-level iPad will be powered by the A14 Bionic chip, the same as the iPhone 12 and iPad Air 4. This means that Apple will keep the M-series chips exclusive to the iPad Pro and iPad Air for longer.

A few days ago, Gurman had already said that he expects iPadOS 16.1 to be released to the public the week of October 24. Since this update adds support for the new iPad models, it won’t be a surprise if the company announces the new iPads as soon as next week. The journalist also believes that the products will be announced with a press release rather than a special event.

What about new Macs?

Recent rumors have also pointed to the release of new Macs in late 2022. While Gurman still believes that Apple will introduce new Macs soon, he says that the new machines will be introduced at a later date, not alongside the new iPads.

More specifically, new 14-inch and 16-inch MacBook Pro models are on track to be released “in the near future.” These MacBooks will feature more powerful versions of the M2 chip, which will be the M2 Pro and M2 Max. Gurman’s report also mentions an M2 Mac mini in the works, which has also been corroborated by 9to5Mac’s sources.

Apple is also reportedly developing a new generation Apple TV with the A14 chip and 4GB of RAM, which would be a big jump from the current model with the A12 chip. However, details about when this new Apple TV will be announced are unclear.

Are you excited about Apple’s new products coming soon? Let us know in the comments below.