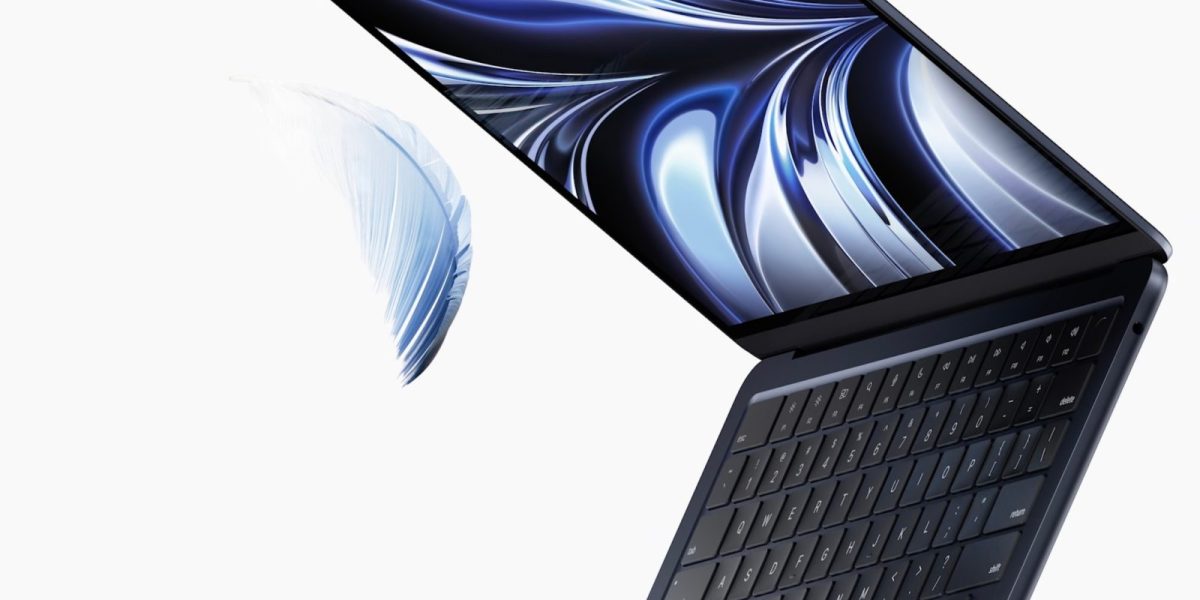 Cyber Monday is upon us as now that Black Friday has come and gone, with a collection of the latest from Apple already going on sale. While you’ll find discounts on AirPods, iPhone 13 accessories, and much more, we’re also seeing a number of Cyber Monday Mac deals, too. With price cuts on the more affordable wearables in Apple’s stable kicking off the festivities this year, you can head below for all of the best Mac Cyber Monday deals.

The Mac discounts have slowly been rolling in this Black Friday and Cyber Monday, and now that the savings event is officially live, we’re seeing some price cuts land on the latest M2 portable machines from Apple. Courtesy of Amazon, the new 13-inch M2 MacBook Air 256GB is sitting at $1,049 shipped. Also available for the same price at Best Buy. Marked down in all four styles for one of the very first times, this $150 discount arrives from the usual $1,199 going rate. It matches our previous mention, as well.

Apple’s all-new M2 MacBook Air comes powered by its latest in-house chip and pairs with a refreshed form-factor. The 13-inch Liquid Retina Display sports a 500-nit brightness to complete the P3 wide color support and pairs with a 1080p FaceTime camera with three-mic array and Spatial Audio-enabled speakers. Though the real highlight has to be the return of MagSafe charging, which pairs with other I/O like dual Thunderbolt ports. Learn more about the entry-level configuration’s performance.

If you’re looking for a more capable portable machine that ditches some of the flashier features found above, Amazon is also marking down Apple’s latest 13-inch M2 MacBook Pro to $1,149. Normally you’d pay $1,299, with today’s offer arriving at the second-best price to date which is also matched courtesy of Best Buy. At $150 off, we’ve only seen it sell for less once before, and that was back in July. This MacBook Pro configuration steps up to a more powerful package thanks to the built-in active cooling, but ditches the more unique colorways and MagSafe charging found on the M2 Air.

One of this holiday season’s best Apple deals isn’t on the brand’s most recent tech, but instead on one of its most popular offerings in the macOS lineup. Courtesy of Amazon, Apple’s 13-inch M1 MacBook Air 256GB is now down to its best price ever of $799 in several colorways. Normally fetching $999, this $200 discount arrives as the lowest we’ve seen in months at $1 below previous mentions while matching the all-time low.

While it isn’t that all-new version of Apple’s most portable MacBook, there is still something to be said for just how good of a value the original M1 MacBook Air still is, especially with as steep of a discount attached as you’ll find. Centered around a 13-inch Retina display with Apple Silicon under the hood, there’s also a pair of Thunderbolt ports supplemented by Wi-Fi 6 as well as 256GB of storage and 8GB of RAM. So if you’re looking to put some macOS action under the tree come Christmas, this is your best bet. Get a better idea of its performance in our hands-on review.

Amazon is now offering Apple’s latest 16-inch M1 Pro MacBook Pro 512GB for $2,000 in two styles. Down from the $2,499 price tag you would more regularly pay, today’s offer amounts to $499 in savings in order to deliver a new all-time low. In what will likely be the best price of the Black Friday shopping season, this is $99 under the previous best price and the only time we’ve seen it drop under $2,099.

Apple’s latest flagship MacBook Pro refreshes the popular 16-inch form-factor with a redesign inside and out. The new M1 Pro chip powers the experience and pairs with a 16-inch Liquid Retina XDR Display backed by ProMotion, 120Hz refresh rates, and 1600 nits of peak brightness. Packed into that new chassis is up to 21-hour battery, as well as a new array of I/O like the return of MagSafe charging, HDMI, three Thunderbolt ports, and more. We also aren’t expecting to see new M2 models drop until March of next year. See why it was our Apple product of the year.

Also on sale ahead of Cyber Monday, the 14-inch version of Apple’s latest MacBook Pro also comes centered around the same design with the M1 Pro chip under the hood. It packs a similar spec sheet as well, just with the 14-inch Retina display instead of the lead deal’s more capable counterpart. And clocking in at $400 under the larger version, it’s worth a look for those who want a less unwieldy addition to their everyday carry with much of the same power. Now down to $1,599.99, you’re also looking at $399 in savings to match the second-best price to date.

Trusted retailer Expercom is now offering the Apple Mac Studio M1 Max 10-core 32GB for $1,799. Delivering a new all-time low just in time for the holiday season, you’re looking at $200 in savings from its usual $1,999 price tag. This is $50 under our previous mention from earlier in the fall and the first chance to save in months.

Apple’s all-new Mac Studio arrives as the most powerful M1 machine yet thanks to a series of redesigns both inside and out. For starters, there is the much taller form-factor that sits in the same footprint as Apple’s other desktop headless Macs. That enables a wide array of I/O like four Thunderbolt ports, Gigabit Ethernet, 4K HDMI, and more. Then there’s the M1 Max chip and its 10-core design at the center of the package for improved performance. Dive into our hands-on review for a closer look.