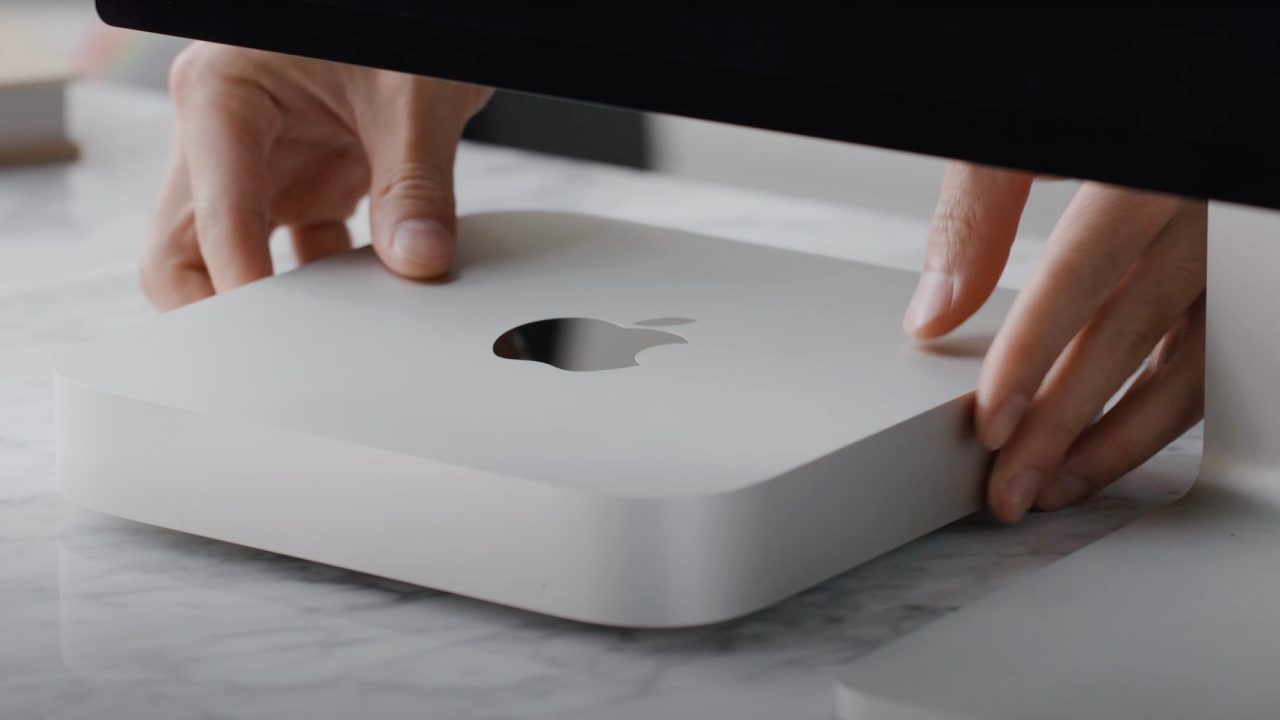 The first reviews of Apple’s newest Mac mini have officially been published, ahead of orders arriving to customers starting tomorrow. The reviews offer our first look at the performance of the Mac mini with M2 and M2 Pro chips inside, detailing how that performance stacks up against the previous-generation Mac mini, the Mac Studio, and much more.

Writing for The Verge, Chris Welch refers to the new Mac mini as the “Mac Studio junior,” saying that “Apple’s littlest Mac has never been more appealing.” According to The Verge, the machine’s biggest downsides are the lack of front-facing ports and the lack of an SD card slot.

It shouldn’t be surprising that the 2023 Mac Mini is the best version of the product that Apple has pulled off yet. It looks the same but benefits greatly from the M2 platform, and that’s true whether you choose the standard chip or invest in the powerful M2 Pro. Either way, you also gain better Wi-Fi and can expect very few bumps this far into the Apple silicon transition. Spend more on the M2 Pro, and on top of the mighty speed, you’ll get to take advantage of even more Thunderbolt 4 ports and more external displays.

If you’ve been waiting for the in-betweener Mac that’s more capable than the iMac and less exorbitant than the Mac Studio, look no further. The new Mac Mini is still small and not the type of computer that calls attention to itself on your desk, but it’s never been more mighty.

Dan Moren, writing at Six Colors, also has praise for the versatility of the new Mac mini, saying you can shape it into “whatever you want it to be.” The M2 Pro Mac mini, Moren says, “ably fills the mid-level gap in Apple’s desktop range.”

As the benchmarks bear out, the M2 Pro ends up exactly where you’d expect it to fall: in the same neighborhood as the M2 and M2 Max for single-core operation (because the cores are pretty much the same) and about 68 percent faster than the M2 on multi-core tasks, largely by virtue of having an additional four performance cores.

Graphics performance was likewise predictable: the M2 Pro blew the vanilla M2 out of the water, thanks to having more than twice as many GPU cores, but can’t match up to the 38 cores of the M2 Max (or, for that matter, the 32-core M1 Max). In short, while it’s a very capable machine for graphics work, if that’s your bread and butter, it may be worth the investment to look at a more powerful machine—or wait until Apple likely takes the wraps off an M2 Ultra.

For TechCrunch, Matt Burns says that the new Mac mini has been a “joy to use” and has “conquered benchmarks and put up with Chrome’s never-ending quest for system memory.”

With the M2 and M2, the Mac Mini sits among the most powerful computers Apple offers at any price point. And let’s remember one of the Mac Mini’s main selling points: it’s mini. The Mac Mini is a tiny package that offers a lot of flexibility. Bundle it with one of Apple’s Studio Displays for a great iMac alternative, or use it with an inexpensive monitor for a low-cost workstation. As always, the Mac Mini is a value proposition, and it’s never looked better than it does now with the M2 and M2 Pro.

ArsTechnica’s Andrew Cunningham says that the “M2 Pro looks fine next to modern CPUs from Intel and AMD, but it’s not setting records.” But where Apple Silicon continues to shine is its efficiency in comparison to Intel and AMD processors:

But where AMD and Intel opt to maximize performance, Apple prioritizes power efficiency. Our Handbrake video encoding test provides a decent way to show how much power a CPU will consume when performing any intensive test for an extended period. The M2 Pro might encode our test video a bit slower than either of those x86 processors, but it also uses around half as much energy to finish the job.

As measured by macOS’ built-in power metrics command-line tool, the M2 Pro’s average power usage when fully loaded is around 36 W, whereas the Core i5 can use between 65 and 150 W and the Ryzen 7 between 90 and 136 W.