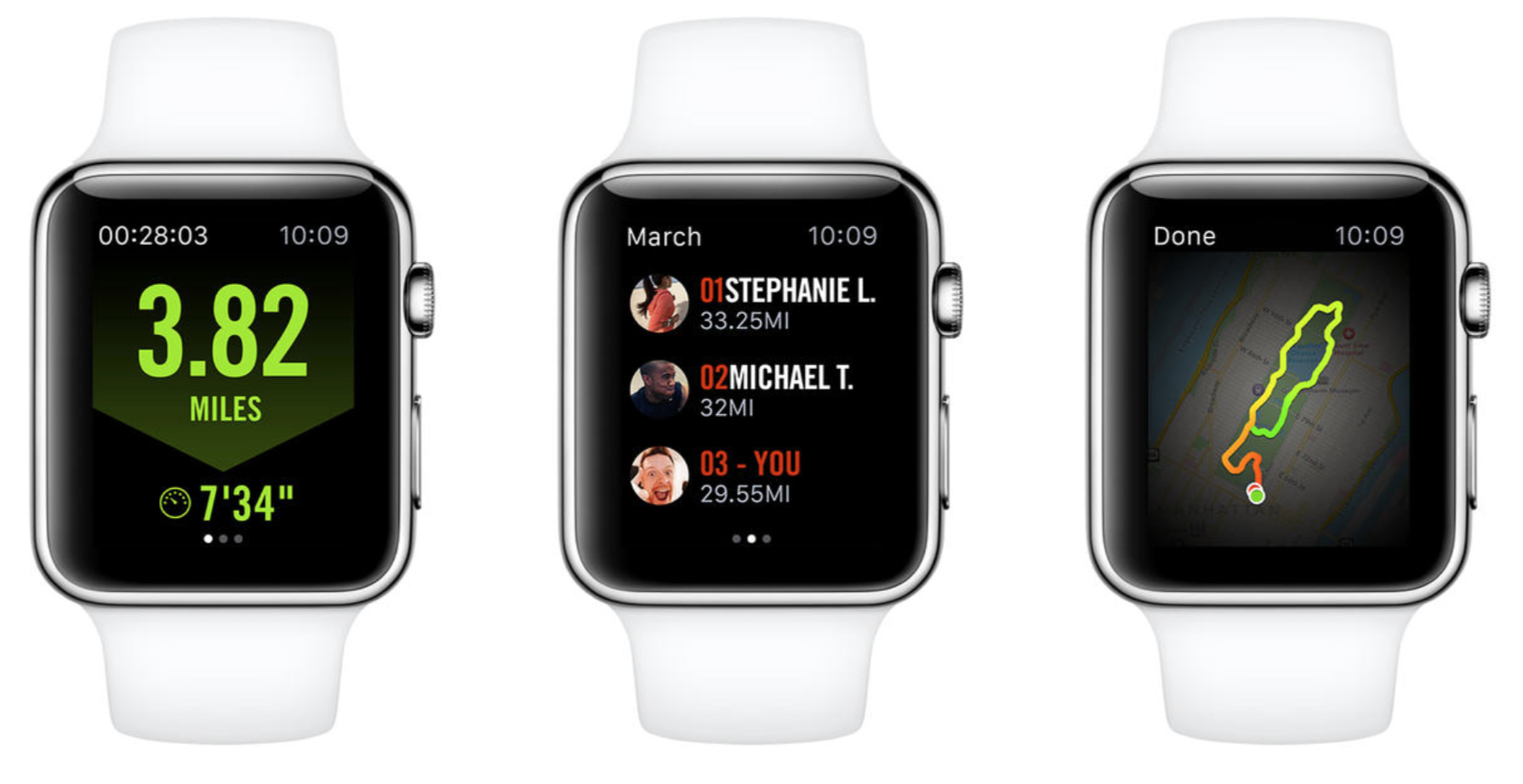 Earlier today, Nike CEO Mark Parker sat down with CNBC for a video interview to discuss his company exiting wearable hardware, Fitbit’s IPO, fitness software, a partnership with Apple, and the Apple Watch. Asked where the Nike and Apple partnership goes from here, Parker said “it continues,” and that “we are excited about the potential that the Apple/Nike relationship has.”

Parker noted that Nike already offers the Nike+ app on the Apple Watch and that Nike has over 60 million digital fitness software users. Parker said Nike is “working with Apple” on new software and experiences. He ended by saying there is “more” coming from Apple and Nike. Apple and Nike are already close partners for HealthKit as well.

Apple and Nike’s relationship dates back nearly a decade with Apple releasing a special chip for Nike shoes that talked to early generations of the iPod for steps tracking. The pair of companies enhanced this partnership by installing step tracking sensors in the second-generation iPod touch and iPhone 3GS last decade.

Additionally, as is well known, Apple CEO Tim Cook is a Nike fan and sits on the fitness and sports company’s Board of Directors. Last year, Nike shuttered its FuelBand business to focus on fitness software. Apple has also poached multiple former FuelBand engineers to work on the Apple Watch, we reported in the months leading up to the product’s introduction last fall.

The full video interview can be watched below:

END_OF_DOCUMENT_TOKEN_TO_BE_REPLACED Both Deutsche Bank and Global Equities Research have raised their target price for AAPL – the price they expect the stock to achieve – in response to spot checks of Apple sales on Black Friday, reports Fortune.

After spot-checking Black Friday weekend sales, Deutsche Bank’s Chris Whitmore raised his price target to $625 from $575. “We have become significantly more confident in our near-term estimates for Apple” […]

Global Equities Research’s Trip Chowdhry raised his price target to a Street-high $800 after visiting nine Apple Stores and five Targets and talking to “no less than 300 people.”

Anyone planning to invest on the basis of these numbers might want to dig a little deeper, however …  END_OF_DOCUMENT_TOKEN_TO_BE_REPLACED

Possible move to A7 chip/Touch ID will boost appeal of iPad in the enterprise sector, says analyst

Deutsche Bank’s Chris Whitmore argues in an investment note that Apple’s expected use of the 64-bit A7 chip will make the iPad a much more appealing proposition for the enterprise market.

It should be noted, however, that one part of his equation – the Touch ID fingerprint sensor – may or may not make it into the iPad 5. We’ve heard conflicting rumors about this, claimed parts showing that appear to be the sensor in an iPad 5 casing on the one hand, with others claiming that Apple wants to retain Touch ID as a unique feature of the iPhone 5s for now.

The iPad has long been popular in the enterprise market, among large and small businesses alike, with Apple having made substantial in-roads into the sector. With the launch of iOS 7, Apple intensified its marketing efforts to businesses. If Whitmore is right that the A7 chip will add to demand, there will be some pleased-looking faces in Apple’s board-room and some worried-looking ones in Intel’s.

The A7-powered iPad 5 expected to be announced next week will accelerate the trend of people using tablets instead of PCs, argues an investment note from Deutsche Bank Equity Research.

We…expect growing [desktop] virtualization and iPad deployments in the enterprise to pressure corporate PC sales through 2014-15…We expect AAPL’s [Apple’s] iPad refresh to include 64 bit architecture, which should enable a greater array of enterprise App development and facilitate greater enterprise penetration over time.

Deutsche Bank had previously forecast that PC shipments would decline by 8 percent in 2013 and 6 percent in 2014, but has now lopped two points of each to predict -10 and -8 percent.

Apple is expected to unveil the new iPad 5 and iPad Mini 2 at a media event on October 15th. With the iPads, OS X Mavericks, the Mac Pro, Haswell-powered MacBook Pros, Haswell Mac Minis and more, the event could be a crowded one.