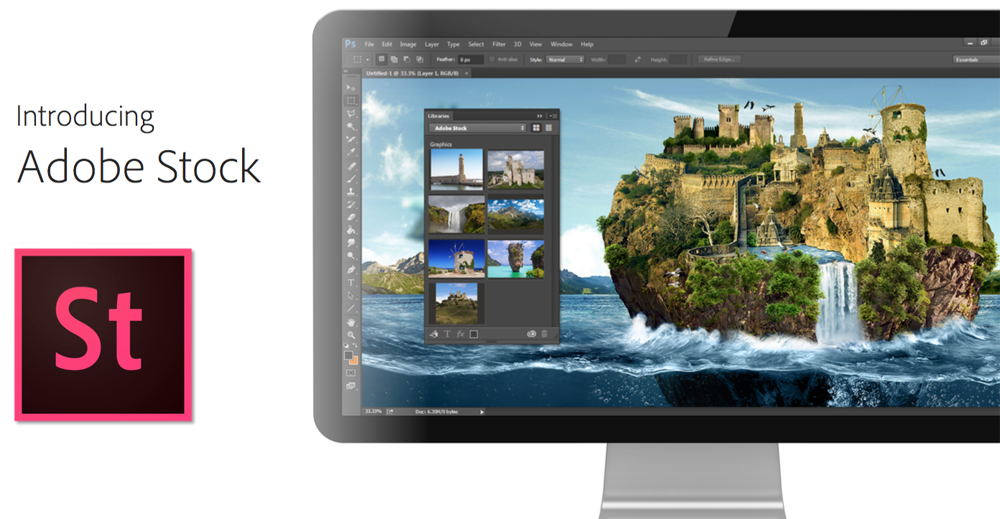 Alongside the updates to its mobile apps yesterday, Adobe has also updated its entire suite of Creative Cloud desktop apps and launched a new Adobe Stock images service integrated within those apps – something the company says “radically simplifies” the process of buying and using stock images.

“Adobe Stock extends Creative Cloud’s value as a vibrant global marketplace,” said David Wadhwani, senior vice president, Digital Media, Adobe. “Eighty-five percent of customers who purchase stock images use Adobe creative tools. The deep integration with our latest Creative Cloud desktop apps, including Photoshop and InDesign, makes buying and using stock photos incredibly easy. At the same time, our customers – the best photographers and designers on the planet – will have the opportunity to contribute millions of new photos and images to Adobe Stock. This is really going to raise the bar in the world of stock content.”

Adobe has officially dropped support for its CS6 suite today and made the announcement at its MAX 2013 conference that it is moving to updates for Creative Cloud members only going forward. We have already detailed a ton of new features coming to Photoshop, video apps such as Premiere and After Effects, and its brand new CC design tools including updates to Illustrator, InDesign, and new Kuler, and Adobe Ideas iOS apps.

Adobe also announced today that it is rolling out big updates for its design tools starting June 17 including new features for Dreamweaver, Edge Animate, Flash Professional, and Edge Reflow. Head below for details on the new features: END_OF_DOCUMENT_TOKEN_TO_BE_REPLACED

Adobe today announced the second preview of its responsive web design tool known as “Edge Reflow.” Adobe first released a public preview of the app to Creative Cloud members in February, and it today added “more styling and layout capabilities” in the release of preview 2.

In terms of layout, one of the most frequent requests we have received from web designers is the ability to leverage absolute and fixed positioning, as well as their z-index.  These new layout types provide the flexibility to create the responsive designs you envisioned.

Adobe also provided a sneak peek at a new ‘CSS Designer’ feature that will be available to Dreamweaver users later this year through Creative Cloud. Adobe said the feature “gives users the ability to visually apply and set different media queries for web content to be presented in different sized media.” A video showing off the CSS Designer below:

Adobe is currently offering 60 percent off Creative Cloud memberships through its website.

E-bikes are so hot, Amazon is selling out – these are the best ones left

This $500,000 electric yacht can cross oceans on just battery and solar power