High battery usage by iOS Facebook app may be due to background audio usage; company promising a fix

Facebook has told Gizmodo that it is working on a fix after complaints that its iOS app is continuing to account for high battery usage even when the app is supposed to be sleeping.

We’re looking into this and hope to have a fix in place soon.

The company responded after a Medium post by product developer Matt Galligan, who noted that the app was continuing to draw significant amounts of power despite having background app refresh disabled. Others  then chipped in on the issue, prompting Facebook’s response.

It had been suggested that the high battery drain might be due to the Facebook app continuing to use Location Services in the background, but the company told Motherboard‘s Jordan Pearson that this is not the case.

A Facebook spokesperson emailed over the weekend to say that the battery drain issue “is not caused by improper background location collection,” and that the team continues to investigate the issue. “We are not collecting background location on iOS unless Location Access is set to Always on your device and you have enabled Location History in the Facebook app.”

Federico Viticci over at MacStories noted that the app had been showing high levels of background audio usage, even with background app refresh off, linking to others who had spotted the same thing.

On my girlfriend’s iPhone, for instance, iOS 9 reports 5 hours of on-screen usage for the last 7 days, and another 11 hours of background audio usage with Background App Refresh turned off.

My guess is that Facebook is hijacking audio sessions on iOS by keeping silent audio in the background whenever a video plays in the app.

Facebook has not commented, beyond its confirmation that Location Services are not the culprit. The company recently updated the app to support 3D Touch Quick Actions for status updates and photos on the iPhone 6s/Plus. 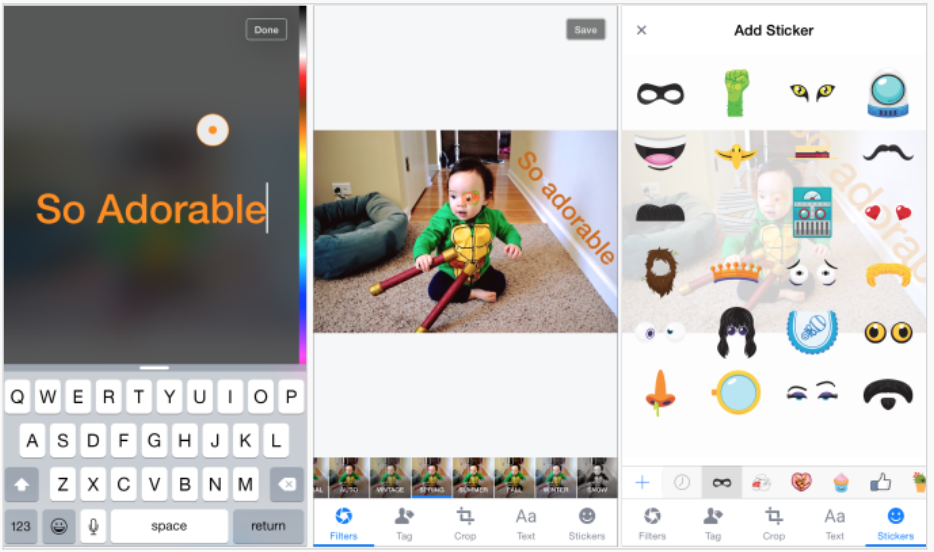 Facebook has rather a long history of finding inspiration in the Snapchat app, from Poke back in 2012 (which was pulled last month) to Slingshot. TechCrunch reports that the company is now testing three new features in its iOS app, all of which mimic functions available in Snapchat.

Facebook appears to have rolled-out the new version of the app to a limited number of users so far. Most of the photo filters are based on the seasons …  END_OF_DOCUMENT_TOKEN_TO_BE_REPLACED

Video has no commentary

Facebook has added a nifty new feature that hopefully you won’t need to use too often: notifications of nearby disasters, and a one-touch means of letting family and friends know that you’re ok …  END_OF_DOCUMENT_TOKEN_TO_BE_REPLACED