Guitar Hero Live now available on Apple TV, but you have to buy the guitar controller accessory to play the game 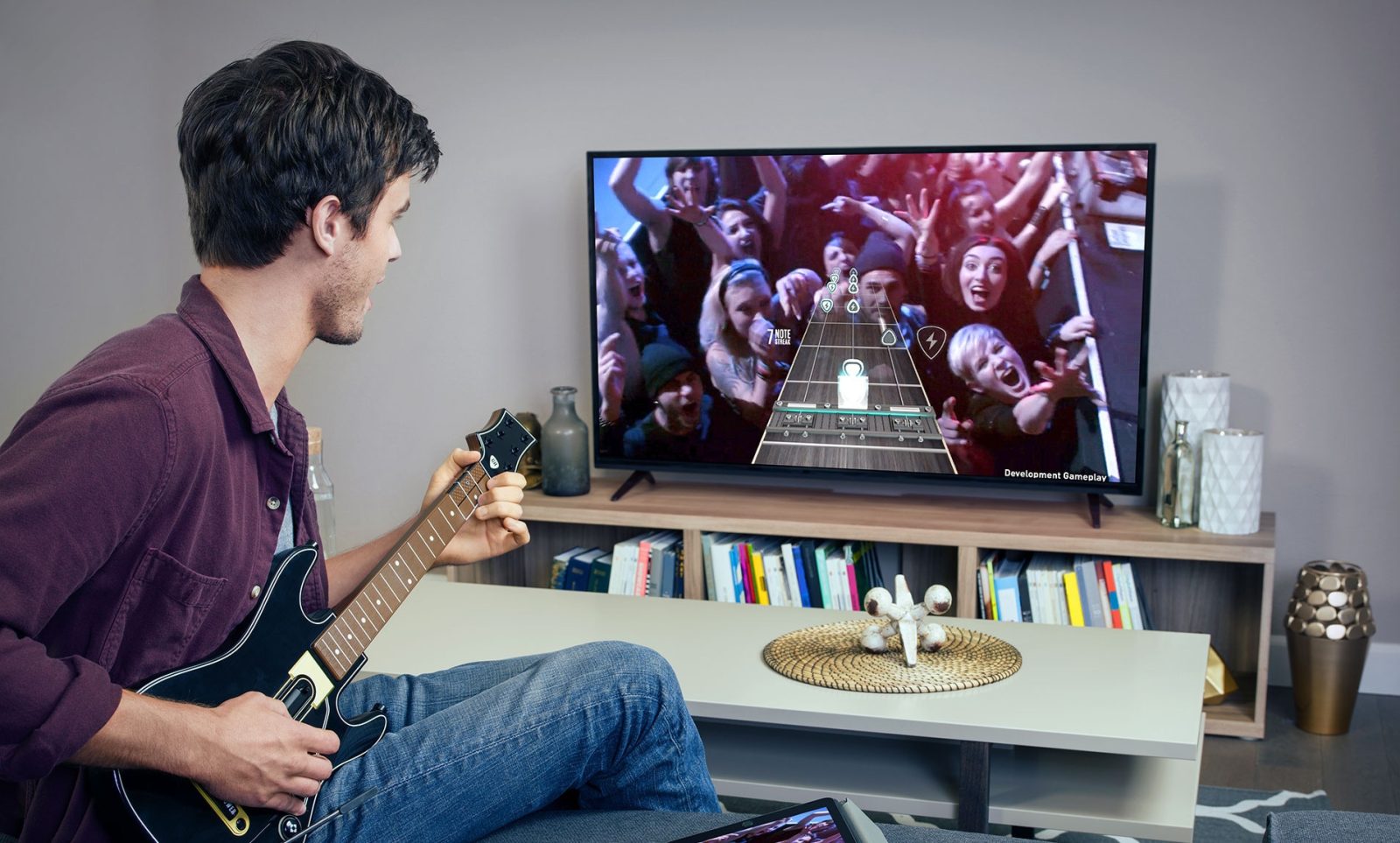 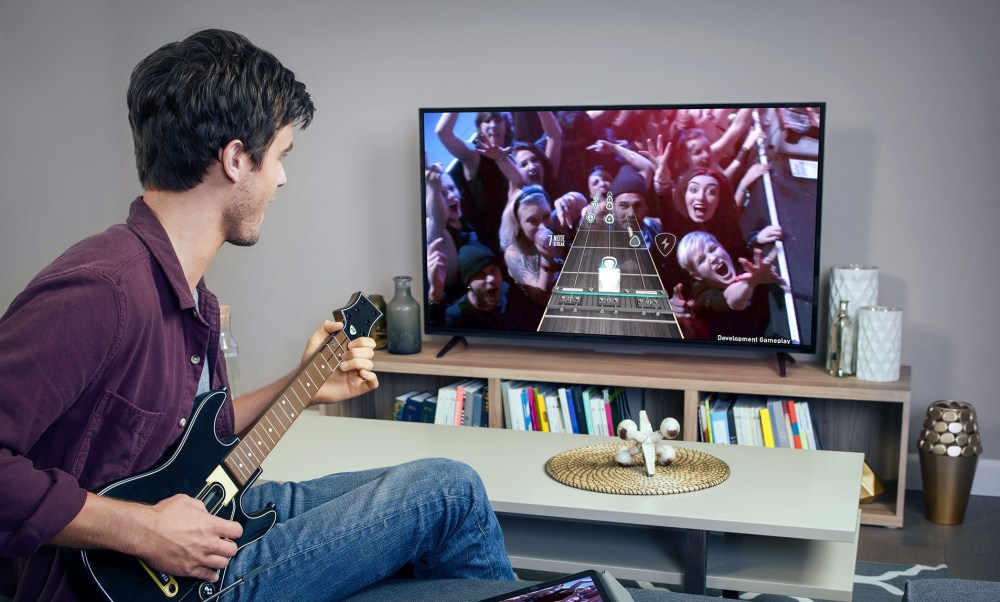 On the iPhone and iPad version, you can play two trial songs for free or pay $50 via In-App Purchase to unlock the full game with 38 additional songs. However, on Apple TV, the game is completely non-functional without the controller accessory. You have to buy the controller for the game to work at all. Incidentally, you can buy the full game and controller on Amazon as a $99 bundle, for both iOS and tvOS.

Requiring a game controller peripheral is a controversial move, as it goes against Apple’s normal App Store policy for Apple TV games. In fact, it appears to defy the rules about game controllers laid out by Apple.