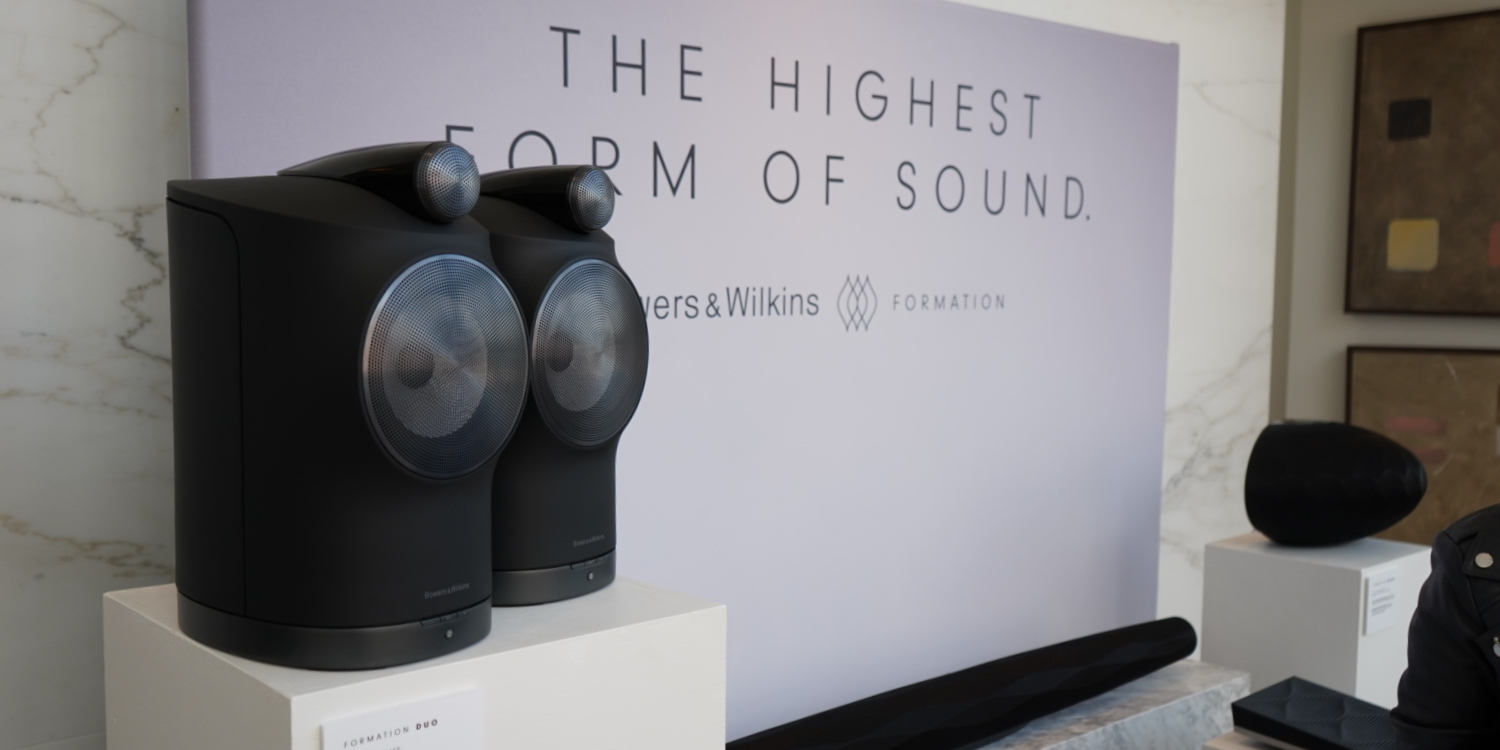 Last week, Bowers & Wilkins invited us downtown in New York to show off their latest audio line, Formation. The lineup is predicated on five launch products, all sharing the same Formation namesake at the beginning: Bar, Duo, Wedge, Bass and Audio.

Featuring support for AirPlay 2, the company is touting the innovations presented in the Formation line as top-tier wired audio fidelity achieved wirelessly, all with the same setup simplicity of a $249 everyday-consumer level speaker.

END_OF_DOCUMENT_TOKEN_TO_BE_REPLACED

After enjoying one of the most successful multi-platform runs in recent memory, Minecraft is back again with its newly released Story Mode title on iOS and Android, as well as other platforms. This new rendition, from Telltale Games, builds on the success of the original title by bringing campaign-style play to the mix.

Jesse, the main character, adventures through the Overworld in the first episode The Order of the Stone. For the first time, Minecraft gamers will experience dialogue and have choices that effect the outcome of each episode. The voice-overs are handled by a number of celebrities including Patton Oswald, Ashley Johnson, Scott Porter and others. There are a total of five sections to the game, which can be purchased at a 25% discount through the app.

Minecraft: Story Mode is available today in iOS and Android app stores for $4.99.

THE ADVENTURE OF A LIFETIME IN THE WORLD OF MINECRAFT

***Save over 25% on additional episodes in Minecraft: Story Mode by purchasing the Multi-Pack [Episodes 2-5] via in-app***

In this five part episodic series, you’ll embark on a perilous adventure across the Overworld, through the Nether, to the End, and beyond. You and your friends revere the legendary Order of the Stone: Warrior, Redstone Engineer, Griefer, and Architect; slayers of the Ender Dragon. While at EnderCon in hopes of meeting Gabriel the Warrior, you and your friends discover that something is wrong… something dreadful. Terror is unleashed, and you must set out on a quest to find The Order of the Stone if you are to save your world from oblivion.

• You will drive the story through the decisions you make: what you say to people (and how you say it), and what you choose to do in moments of thrilling action will make this YOUR story

Today, the Pokémon Company has announced that it is partnering with Nintendo and Alphabet-owned Niantic to produce a new upcoming mobile game called Pokémon Go. This title will be available on both iOS and Android devices for free. The main focus of the game is collecting, training and battling Pokémon characters against other users based on their GPS location.

However, this new adventure will be supplemented by an optional wearable. Imagine a Pokémon smart watch of sorts.

This new wearable is called Pokémon Go Plus. It connects to your smartphone via Bluetooth and flashes its built-in LED light to notify you of nearby players as well as virtual Pokémon you can catch. For example, say you’re on your morning commute on the subway. Pokémon Go Plus will ping your wrist to let you know that a virtual Charizard is closely located. After capturing, you’ll be able to train and battle with that new character.

The wearable isn’t required to play the game but it is an unique add-on that bring another level to the experience. Be sure to check out the video above for a visual representation of how game play works. Pokémon Go will be released on iOS and Android in 2016 as a free download with in-app purchases. Pricing has yet to be released for the Pokémon Go Plus Wearable. The entire press conference and announcement has been uploaded to YouTube for viewing, as well.

After being announced back at E3, Lara Croft GO has officially been released on iOS and Android. The turn-based puzzle game will offer a new look into the world of Tomb Raider with its animation based design. Square Enix leans heavily on the success of Hitman GO, melding its board game style navigation with the world of Tomb Raider. The gameplay is based around simple puzzles with beautiful graphics.

While Rise of the Tomb Raider is still a few months away for console gamers, with some pretty sweet bundles available, Lara Croft fans can get their fix on the small screen for now. Lara Croft GO is available on iOS as a Universal app and on Android for $4.99. Late to the party? iOS users can grab all three previous releases with the Tomb Raider Pack featuring Lara Croft for $4.99.

Be sure to check out our daily apps/games roundup for the best deals.

Lara Croft GO is a turn based puzzle-adventure set in a long-forgotten world. Explore the ruins of an ancient civilization, discover well-kept secrets and face deadly challenges as you uncover the myth of the Queen of Venom.

Following the award-winning Hitman GO, Square Enix Montréal brings yet another beloved franchise to mobile with this unique take on the iconic heroine’s adventures.

Please note: Lara Croft GO is not compatible with the iPhone 4.