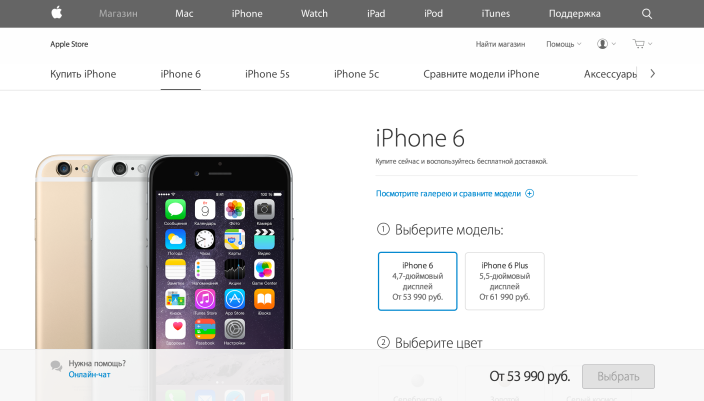 After a week of being inactive, the Russian Apple Online Store is now back online with customers freely able to purchase products from the site once again. Apple abruptly stopped trading in the region last week due to significant currency exchange rate fluctuations that meant the company had to readjust prices.

END_OF_DOCUMENT_TOKEN_TO_BE_REPLACED Alongside the new iMacs, Apple has silently raised the prices of all Mac mini models in both Australia and Brazil. In Australia, the prices were formerly A$699 and A$899 for the standard configurations, and the Mac mini Server model was priced at A$ 1,099.00. Now, the machines are priced at A$749, A$999, and A$1249, respectively. The prices for the Mac mini have also been raised in Portugal and Malaysia, multiple tipsters have noticed.

These are notable price increases, but it is unclear if there is reasoning for the change beyond standard currency fluctuations. The iMacs pricing was also tweaked when it was updated yesterday, but the Mac mini has not been altered. No other Mac prices in Australia nor Brazil have changed.

The Mac mini is presumably due for a hardware update with 802.11ac WiFi, new Fusion Drive options, and Haswell processors to match the new iMacs. Thanks, James and Joao!

END_OF_DOCUMENT_TOKEN_TO_BE_REPLACED

T-Mobile increases down payment on iPhone 5 to $149, forgot to tell you the $99/down was introductory pricing

When T-Mobile introduced the iPhone 5 for $99 down, many were quick to point out that the device would cost much less than the $649 Apple charges, costing customers a total of $579 after completing T-Mobile’s $20/month, 24 month payment plan. However, T-Mobile didn’t talk much about the fact that $99 down price point was introductory pricing that would eventually increase. Today marks the end of T-Mobile’s introductory pricing, as noted by TmoNews, with the carrier increasing the minimum down payment on an iPhone 5 for qualified customers to $149 for the entry level 16GB model.

All other models of the iPhone will see the same $50 increase with the 32GB and 64GB models now requiring a $249 and $349 down payment on T-Mobile 24 month payment plan. Despite the increase, it still gives T-Mobile the cheapest pricing on iPhone 5 around with the total cost of the entry level 16GB model now $629. That’s $20 less than the retail price of the unlocked device.

Although today marks the end of introductory promotional pricing for the iPhone 5 on T-Mobile, the carrier will continue to offer its trade in offer on previous generation iPhones to allow customers to get an iPhone 5 for $0 down. END_OF_DOCUMENT_TOKEN_TO_BE_REPLACED