There isn’t much here that you didn’t see yesterday but it is satisfying to see the MTA’s pride in the accomplishment, which may also be in response to concerns that Apple got a ‘sweetheart deal‘.

Update: Apple posted some choice shots to their gallery as well (below) END_OF_DOCUMENT_TOKEN_TO_BE_REPLACED 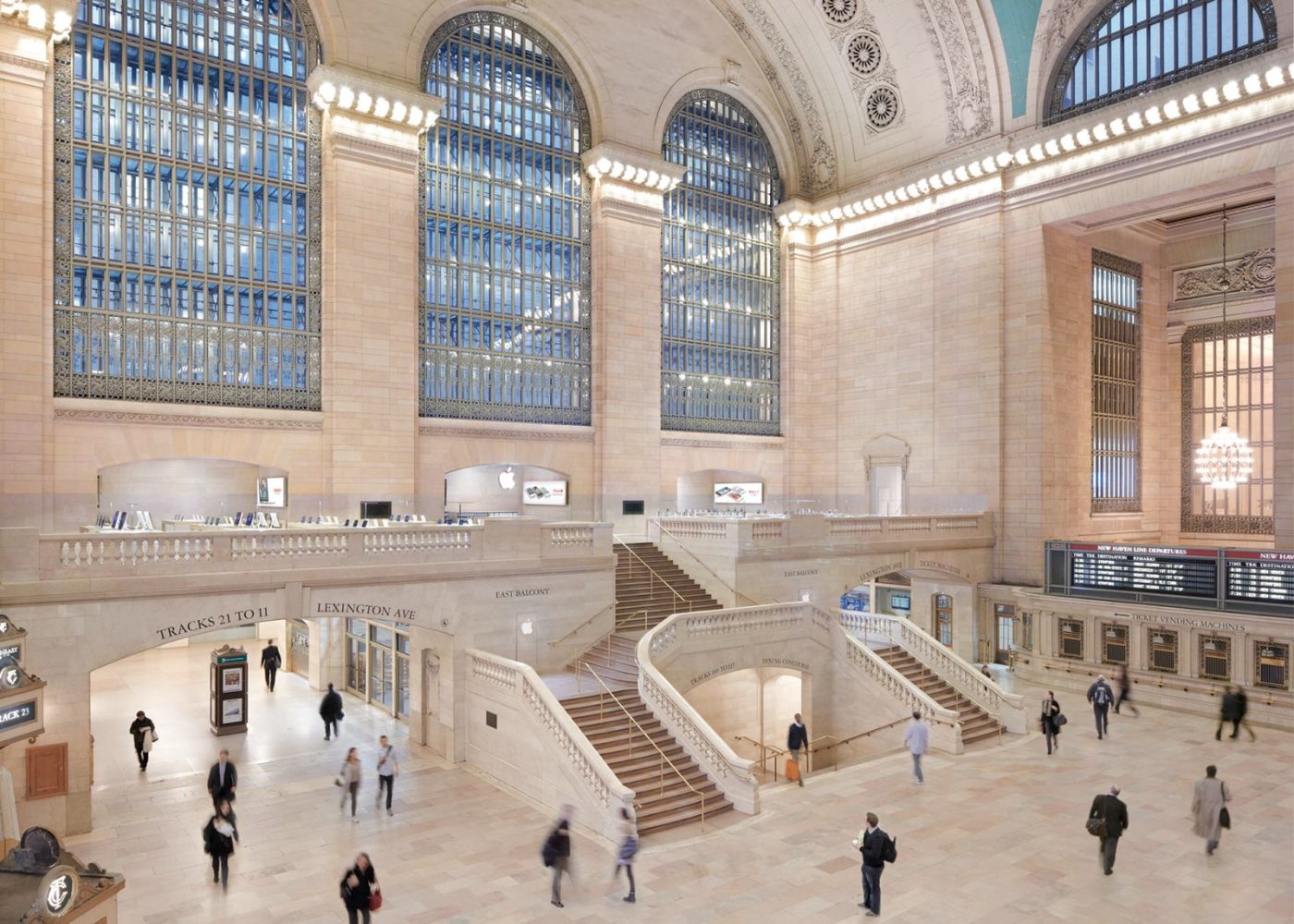 We’ve had a ton of coverage on what has become today Apple’s new flagship retail outlet. At 10am this morning, the 23,000 square foot Grand Central Terminal store finally opened doors for business and big crowds filled the concourse of the Terminal ahead of grand opening. Apple is handing out 4,000 black T-shirts with “Apple Store, Grand Central” graphic resembling a train arrival board, similar to that used as a blockade prior to the opening.

Our Seth Weintraub went to film the store and you can see him in the clip above getting out of the VIP elevator at the top, wearing a press pass (more clips after the break). Also, make sure to check out the below gallery, providing a glimpse of just how massive and breathtaking this new store is. Mind you, just the perfect scene for one of Samsung’s adverts bashing line waiters.

See the first image in the slideshow? Yeah, that’s actor Michael J. Fox. Cool or what? We also have a Whoopi Goldberg showing and another featuring Gary Allen (a guy with the beard) who runs ifoapplestore.com, a site dedicated to Apple’s retail strides. As you recall, a couples days ago 9to5Mac got some shots from inside the store and Apple confirmed the store would indeed be open from 7am to 9pm Monday to Friday, 10am to 7pm Saturdays, and 11am to 6pm on Sundays. The store has 315 employees, two genius bars, the new 15-minute Express Workshop and also offers Personal Pickup, among other features.

END_OF_DOCUMENT_TOKEN_TO_BE_REPLACED Grand opening of Apple’s massive new store inside New York City’s Grand Central Station is scheduled for Friday, December 9 at 10am, but today at 10am is a “media day”. Ahead of the event, first images of the store’s interior are cropping up all over the web. UPDATE: Apple just released a press statement formally announcing the new store. The new outlet is open from 7am to 9pm, Monday through Friday, Saturday 10am to 7pm and Sunday 11am to 6pm as we reported last week.

The release also mentions 315 employees that work at the store, providing services such as Personal Pickup, two Genius Bars, the new 15-minute Express Workshops that offer “tips and tricks in a streamlined format to serve customers on a tight schedule” and of course the EasyPay system via the updated Apple Store app which lets folks “scan and pay for accessories with their iPhone”. More images, full release and another video by Fortune’s Philip Elmer-DeWitt right after the break.

END_OF_DOCUMENT_TOKEN_TO_BE_REPLACED

Today Apple debuted their iPhone 4S retail availability reservation system via www.apple.com/retail/iphone/ and the Apple Store iOS app. 9to5Mac has received a bit more clarification concerning the reservation process and walk-in availability from the Apple Store Daily Download. Each evening from 9 p.m. to Midnight, hopeful iPhone 4S buyers can log on to apple.com or […] As we get close to the Lion launch, several tipsters have provided more information regarding the Apple retail overnight and  days after.  Tonight, Apple retail will hold an overnight from approximately 11pm – 7 am to give the retail staff enough time to update the stores visual elements with new marketing materials and re-image all display Macs with Lion.

As previously reported, our tipsters say most stores have recently received an external LaCie hard drive containing Lion installs, but we have received new information that the drives contain 3 different install images for Lion; Normal, Pro, and Joint Venture.

JointVenture is an enterprise membership program to support businesses running Macs and iDevices.  It is believed that each of these installs will include unique software titles, and some of which could be new.

Furthermore we’ve heard rumblings that some stores will be receiving maxed out Mac Pro towers to be used as Lion distribution caching centers (speculation here).  Some believe that these stations would allow customers to purchase Lion (3.5GB) from the Mac App store and download it directly from the store server in minutes rather than hours it takes over a normal broadband connection.

MacOS X Server and internal builds of Time Capsule allow for Software Update Caching, so this is certainly something within Apple’s capabilities.  Also, Apple told Computerworld that users could come into the store to download Lion last month.

This would also be a huge help to customers who do not have access to a broadband Internet connection or users who want to walk through the install process with an Apple employee during a personal training session.  It would obviously also save Apple some internet bandwidth which at 3.5GB per user adds up.

END_OF_DOCUMENT_TOKEN_TO_BE_REPLACED In the employee halls of the retail chain sit large tubes that hold new posters for both front of store posters and posters within the store. Additionally, we’re hearing that each store has been sent a Lion-packing Mac Pro for an unknown purpose. As previously reported, LaCie hard drives loaded with the GM seed of Lion image are ready to be connected as installers on the Macs throughout the showroom floor.

New MacBook Airs with Thunderbolt and faster chips are expected to launch alongside Lion, but nothing from the retail channels confirms this timing. Apple has also been known to push back release dates with little notice (last week).  AllThingsD previously said “Thursday-Friday” and we previously were shown Apple internal delivery times for new products arriving last week.

END_OF_DOCUMENT_TOKEN_TO_BE_REPLACED

BN-LINK’s outdoor Wi-Fi dimmer smart outlet is perfect for the holidays at $20, more

Latest Kindle Paperwhite hits best price since Prime Day at $100, plus more up to $70 off