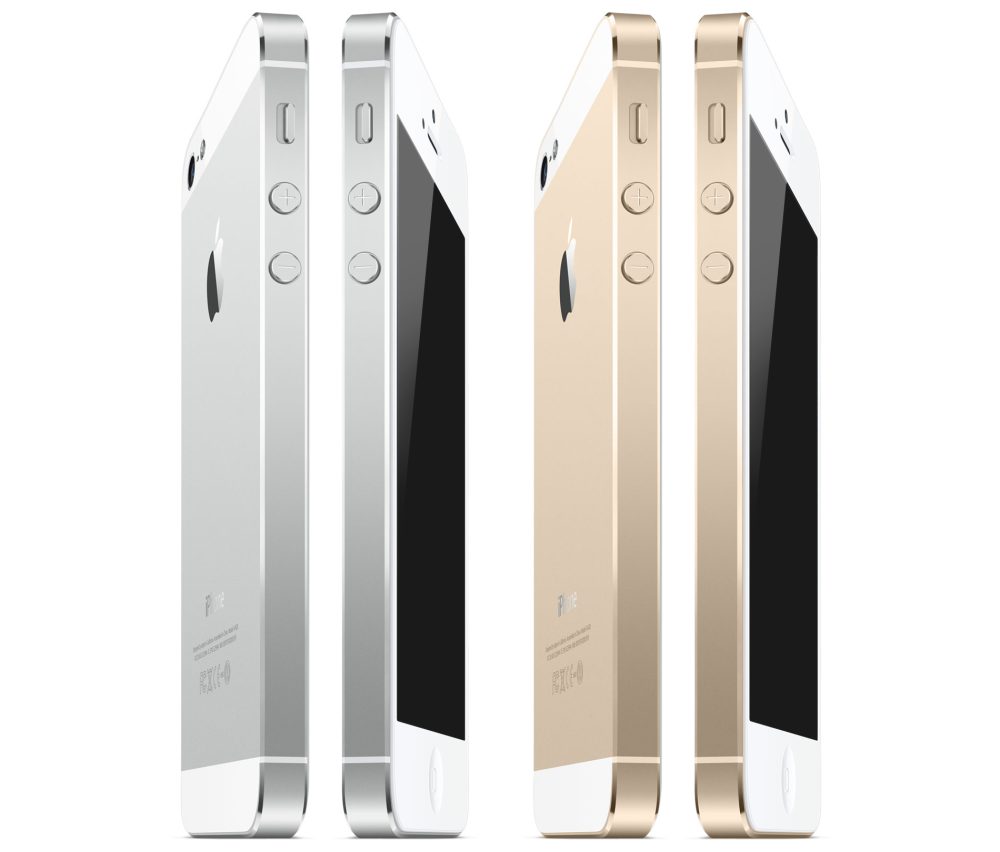 As Apple’s September 10th event iPhone event approaches, we’ve learned some additional details and have independently heard some of the already-floating around information regarding the upcoming announcements.

We’ve long been expecting Apple to launch an iPhone 5S at this upcoming event, an iPhone that looks almost identical to the iPhone 5 but with improved internals. For past iPhone “S” upgrades, like the iPhone 3GS and iPhone 4S, Apple has retained the same design and colors as the previous models. Black and white units in both of those cases. shoplemonde But, we’ve heard, 2013 will be a bit different. Color will be a differentiator. Much like the much-rumored plastic iPhone will see Apple expand its color palette for iPhones, the iPhone 5S will move beyond the black/slate and white/silver options offered for the iPhone 5…

According to a source who has used the device, the iPhone 5S will come in a “gold” color option. MG Siegler and Rene Ritchie have both heard this as well, and they have great write-ups about the potential for such a color and the anodization process.

While many have called this new iPhone color “gold,” our source says that the color is more inline with the yellow fifth-generation iPod touch, but slightly lighter in texture. Some have called this “champagne” and that sounds about right. We’ve also heard that this gold model has a white front-face, so it won’t be a black and gold device, but rather a white and “gold/champagne” phone. It looks elegant, not cheap, the source said. Even though the iPhone 5S sports the same general look as the iPhone 5 and could be easily hidden in any off-the-shelf iPhone case, sources say that Apple has limited external iPhone 5S usage in an unprecedented manner. However, at least a few Apple employees have sprung to play around with the new color option over the black and white models. While some employees don’t think it is as “slick” or “stealth” as the black and slate model, it is a fresh look for the iconic device.

For nearly half-a-decade, the iPhone has mostly looked, felt, and worked the same way. “Gold” anodization on the back and sides of the new iPhone will be a differentiating factor, a new flashy element to keep people excited about the product. As others have also noted, gold is a sought-after color option for products in China, so this could help Apple in its favorite “hypermarket,” one that has begun to slip away over the past couple of financial quarters.

Beyond gold, the iPhone’s storied Home button will also see a change. As discussed in analyst reports and affirmed by code strings left behind in early iOS 7 betas, we’ve heard multiple hints from sources indicating that the iPhone 5S will include a fingerprint scanner on the Home button. Despite speculation (albeit based in science) to the contrary, we’ve heard that it works well compared to the run-of-the-mill scanners found on household items and smartphones like the Motorola Atrix. However, the sensor won’t be suitable for handling payments (at launch).

Some industry watchers have also been wondering why there has been so much analyst talk about an iPhone 5S fingerprint scanner, but not much hard evidence. We’re told that early iPhone 5S internal prototypes lacked the fingerprint scanning feature. Instead, the scanners were externally tested over a cable system.

The technologies powering the iPhone 5S’s fingerprint scanner are likely based off of the developments of Apple-owned Authentec. Interestingly, we’re told that nearly every top executive from Authentec that joined Apple through the acquisition departed Apple in the first calendar quarter of 2013. This is similar to Siri executives leaving Apple in the months around the iPhone 4S launch and top employees from C3 Technologies (the 3D mapping firm that Apple bought in 2011) moving on from Apple in the weeks prior to the iOS 6 3D Flyover mode’s debut.

While the Home button looks mostly the same, the point here is that securing your phone will likely now become common practice. A fingerprint scanner on the iPhone 5S will take biometric technology to mainstream levels. According to Apple sources privy to customer usage data, a very small percentage of iPhone owners use a passcode. In our current world where digital security is becoming an increasingly important issue, it is likely that Apple hopes a fingerprint scanner will raise the aforementioned statistic. Nonetheless, the Settings app on the iPhone 5S is said to have a switch to disable the fingerprint sensor.

Of course, like with all moves by Apple, hardware is only one slice of the story. To go along with the bolstered Home button and gold color option, Apple is about to launch a sweeping redesign of iOS. And like we’ve mentioned even before Apple confirmed the existence of iOS 7, the iPhone is taking internal development priority for iOS this year. While Apple is nearing a golden master seed for the iPhone (and consequently iPod touch) version of iOS 7.0, we’re told that the iPad version is running behind.

Many developers have noted that the iOS 7 builds for iPad feel unstable and unreliable compared to the iPhone-optimized betas. The reason, as we’ve noted before, is that Apple started on iOS 7 for iPhone prior to building for the iPad. Perhaps as proof for this, Apple did not ship an iOS 7 beta for iPad until two weeks after the initial iPhone iOS 7 beta. A similar situation is potentially in the cards for the public launch of iOS 7. While iOS 7.0 for iPhone is locked for the iPhone 5S launch in mid-September, there’s chatter inside Apple about the potential of holding back the iPad version for an iOS 7.0.1 release between late September and October; perhaps alongside fresh new iPad hardware.

While Apple is likely yet to come to an absolute decision on pushing back the iPad release, separating the iPhone and iPad iOS 7 launches could make sense. With iOS 7 being the true transformation of an operating system that people of all ages and kinds have come familiar with for over half a decade, perhaps it would be logical for Apple to separate the software launches. Let those who need to learn iPhone iOS 7 (especially with the impending iPhone 5S debut) come into Apple Stores and call up AppleCare throughout September, but wait for October for the iPad users to get their help.

It’s a win-win situation. Customers get a more polished tablet operating system, and Apple gets some lead-time on helping those using its “gateway product”, the iPhone. On that topic, we’ve heard that Apple is currently developing iOS 7 training sessions for within Apple Stores. Apple is said to be expecting some customers to be surprised by the new look and feel, and Apple wants to be ready to assist these users.

We’re also told that Apple has come to the realization that the 2010 iPhone 4 hardware abilities may not provide a solid iOS 7 experience. Apple is said to be working overtime to ensure that it could keep its promise of supporting iOS 7 on the iPhone 4, but sources say not to be surprised if iOS 7 is the last version of iOS that will be available for the iPhone 4.

On the topic of iOS 7.0 and a potential iOS 7.0.1 release, we’re told that Apple is already making progress on iOS 7.1. This first major “point update” to iOS 7 could include the fundamentals of some of the already announced iOS in the Car integration.

Even though iOS 7 is yet to even ship, it’s also time to talk iOS 8. Now that iOS 7.0 for iPhone is about ready to go, Apple has started formal development of its successor. Details are currently slim on what functionality iOS 8 will bring, but we’ve heard some chatter about projects in development within Apple’s iOS engineering division. We’ve heard that a Siri API, with restrictions to certain app categories (like weather, information, and news apps), has been considered in the past.

Also in the works are advancements to iOS in the Car that could tie in an iPhone’s camera to provide the car improved information about current road conditions. This could help with re-routing vehicles via the iOS Maps app. Unfortunately, neither of these potential iOS additions have been discussed in tandem with the iOS 8 release, so it’s unclear if they have anything to do with the 2014 version of iOS, or if they are just possibilities for even further down the road.

While Apple will not present a radically new design with the iPhone 5S, the company is betting on a mix of hardware enhancements, a more affordable model, and a brand-new operating system to remain at the forefront of the smartphone industry. But will these announcements be enough to hold Apple until its big 2014? Only time will tell.