Alongside Final Cut, Compressor and Motion get 4K support and other improvements 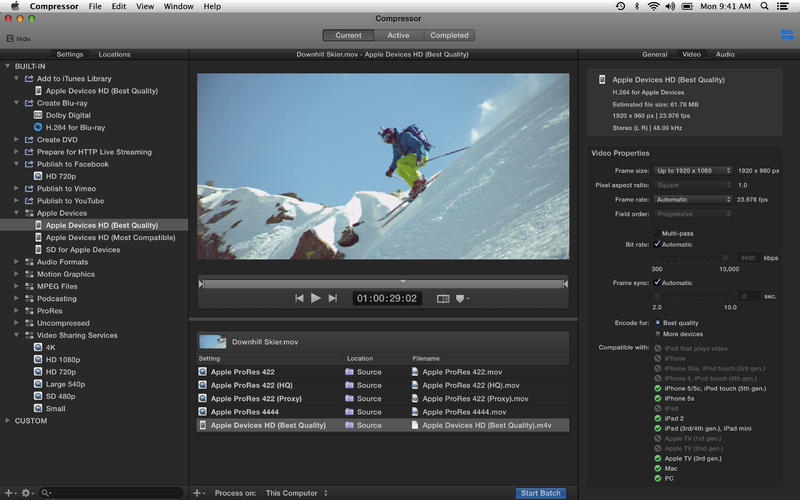 Alongside the update to Final Cut, sister apps Compressor and Motion have also been updated with various improvements, such as 4K content sharing and performance optimisations to take advantage of the dual GPU’s in the newly-released Mac Pro.

Compressor has been updated to 4.1, bringing a new single-window interface to the app. As well as the new UI, Compressor is trying to reduce the workflows needed for common tasks by adding ‘Preset Destinations’.  For sharing, alongside adding a couple of Chinese export options, Compressor can output directly to YouTube at 4K. Share operations are now hardware-accelerated too, which should improve export speeds dramatically.

Motion has been updated to version 5.1, although the changes are less significant than Compressor’s update. The update revolves around performance improvements, including optimised playback and rendering for the new Mac Pro’s dual GPU’s as well as faster project loading more generally. In addition, FxPlug 3 now has a custom plug-in interface and sharing to Youtube at 4K resolution is now supported. Like Final Cut, Motion 5.1 has been localized into Spanish.