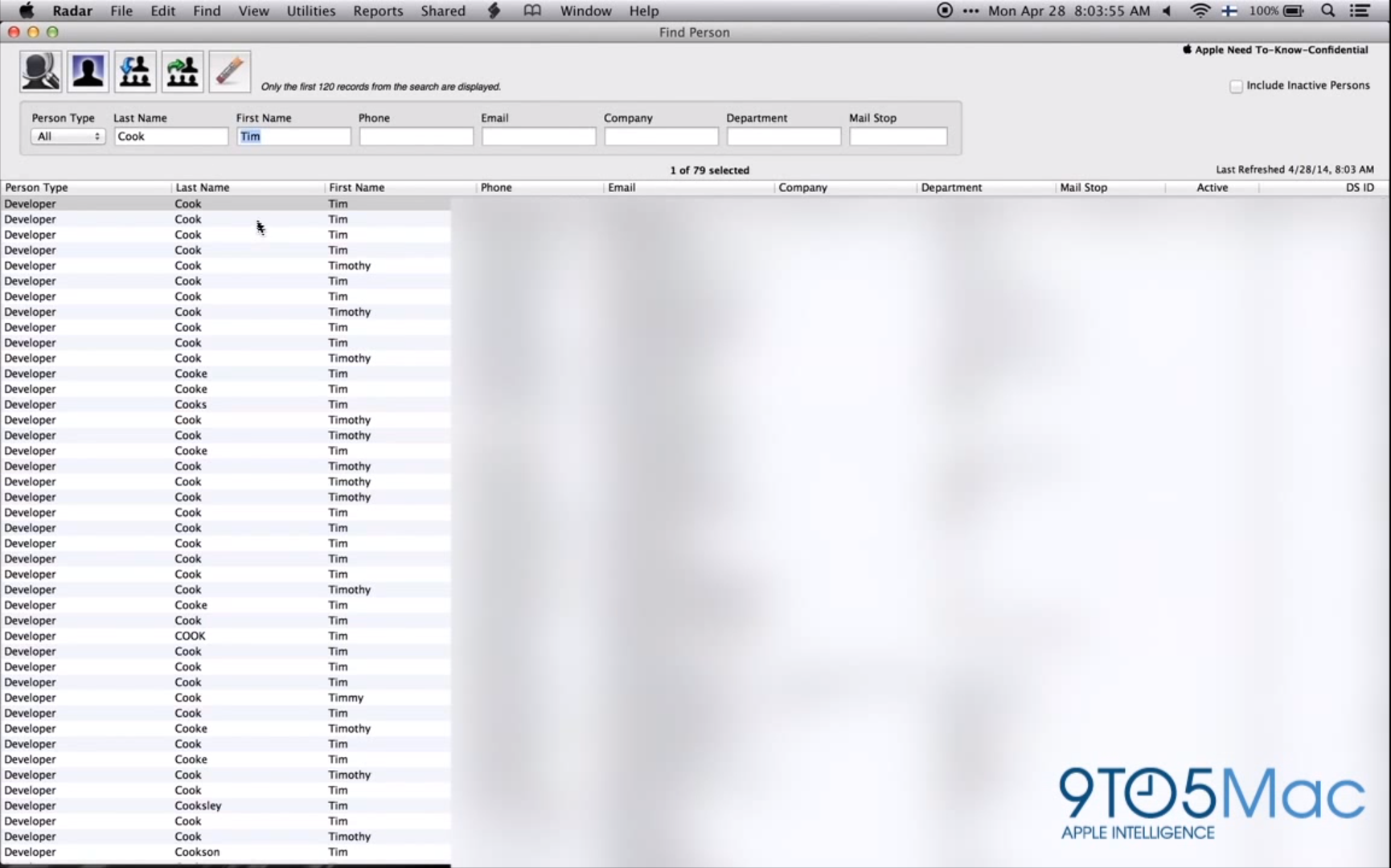 Järvi has provided us with a full video walkthrough of how he exploited a hole in Apple’s Radar application, an internal program used by Apple employees to manage bug reports submitted through its bug tracker, to gain access to the full roster of registered Apple developers, even those in the free Safari developer program.

The first step in exploiting this hole was downloading the Radar application from Apple’s website. The program requires an Apple ID login to function, and that ID must be on a list of employees with access to the Radar app. Entering an invalid login causes the program to kick you out, but doesn’t cut off access to other tools contained within the software—including the people lookup function.

Opening a directory search and plugging in any piece of info, such as a name, phone number, or email address, and the application will promptly bring up a list of matches—no authentication required.

As we said earlier, this problem has now been patched by Apple. The company has not yet released a public statement on the bug, but did confirm to Järvi that it had been resolved. Apple is expected to issue a statement on the matter shortly and we’ll update when we get that.