Here’s another 4.7-inch iPhone 6 mockup compared to an iPod touch (and 3D print plans to make your own) 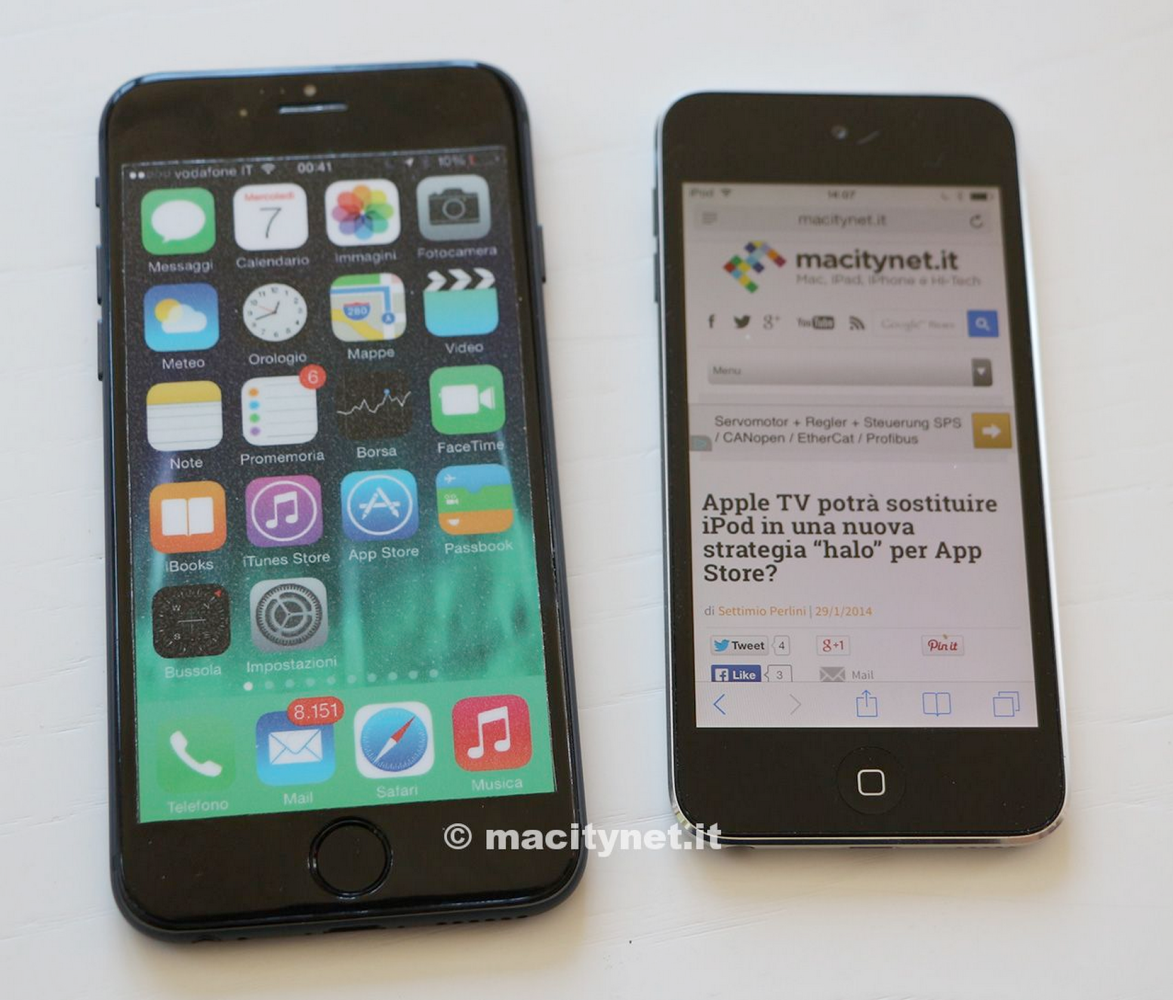 A new set of photos published by Italian site Macitynet, compare Apple’s fifth generation iPod touch to the widely rumored iPhone 6 design. The photos clearly show the design similarities between these devices, but keep in mind, this “iPhone 6” is just a mockup. Don’t mind the screen on this dummy, it’s just a sticker. By now, we’ve seen just about every mockup and comparison possible (even a gold version), making these kind of photos a little less exciting each time.

In a nutshell, these pictures show the obvious: Apple’s rumored 4.7-inch iPhone 6 is larger than the fifth generation iPod touch. The dummy unit also has the same curved edge design as the iPod touch, but other than that, there’s not a lot to talk about. As shown in previous photos, this iPhone 6 dummy features ugly antenna breaks, has oblong volume buttons that are similar to the iPod touch, and has a repositioned power button that would be easier to reach on a device of this size.

Most of the mockups we’ve seen were crafted from rumored specifications to help manufacturers design cases ahead of Apple’s launch, but if it means anything, this one seems to be of higher quality than the others. I must admit though, it’s interesting to see the two compared. It would be nice if Apple went with a similar design, but we won’t know for sure until it’s unveiled later this year.

Want your own iPhone 6 dummy? Well, thanks to designer Martin Hajek, if you have access to a 3D printer you can make one. Hajek recently published a 3D printer ready model based on the same rumored specifications. The model can be purchased for $25 and printed at your own convenience. Don’t have a 3d printer? Don’t worry, there’s also a version included that will work with Shapeways’ online 3D printing service. This may not be the real deal, but it’s about as close as you’ll get for now.