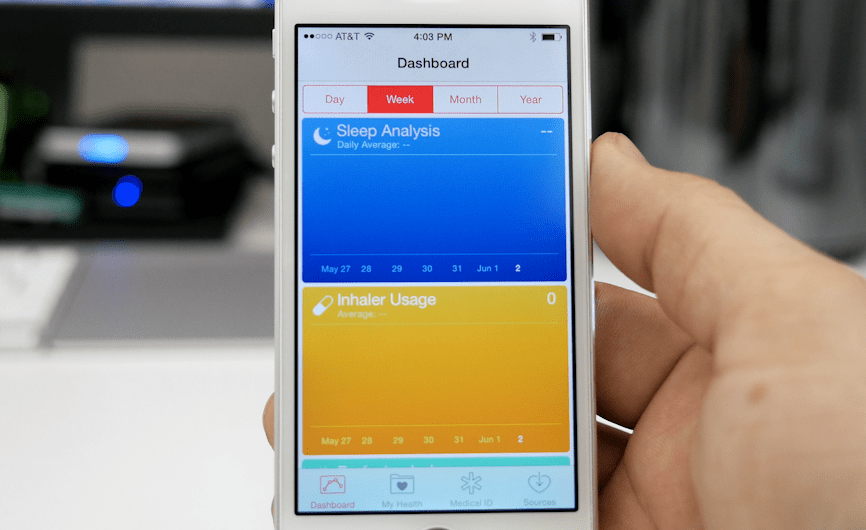 Apple has officially announced its Heath app and HealthKit SDK confirming our detailed reports from earlier this year. The new HealthKit platform will allow developers of various health and fitness apps to have all related data populate within the Health app in iOS 8.

Apple’s Health app will serve as a central hub for all incoming data from companies like Nike, fitness apps, devices, and even possibly information from your doctor. Apple is working with the Mayo Clinic and other healthcare related companies to expand the Health app’s functionality and provide you with the most important information about yourself…

After exploring iOS 8 beta in-depth, we put together a hands-on video to show you exactly what the Health app has to offer. Within the app, there are several categories which each include a card (similar to PassBook) that can be shown within the app’s Dashboard. These card contain graphed information specific to its category and allow you to organize the data by days, weeks, months, and years.

This could definitely be a game changer in the health and fitness aspect of smart devices, but we won’t see HealthKit’s full potential until developers can fully take advantage of it. Unfortunately, Apple didn’t spend a lot of time going over HealthKit or the Health app at the WWDC 2014 keynote, but we’ve put together the video below to provide you with a closer look at what this new app and platform have to offer.