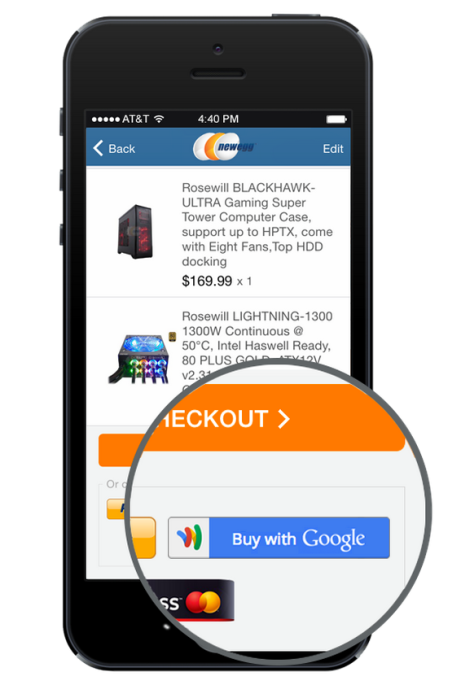 Merchants and developers selling physical goods and services can use Instant Buy to take advantage of the following:

Google noted that it’s already worked with some partners including B&H, Eat24, Fancy, Newegg, Sionic Mobile and Wish to integrate the feature in their iOS apps, but it’s opening up the API to all developers today.

The feature is launching first to iOS developers in the US and will require developers to integrate the Instant Buy API for iOS. Google has more info on the process here and a sign-up page for interested developers here.