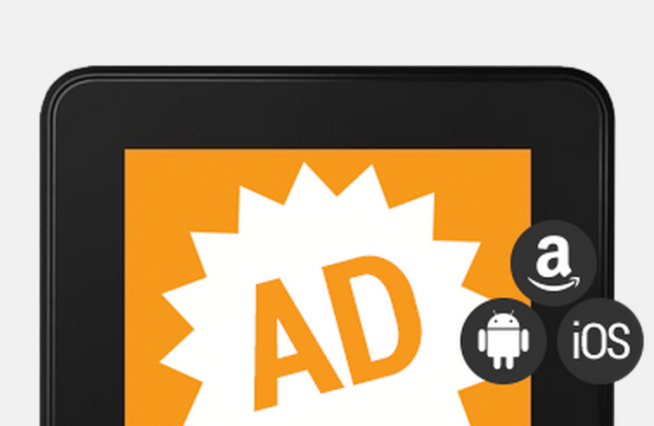 Amazon announced today that it’s bringing support for its Amazon Mobile Ads API to iOS, allowing app developers to place ads from the Amazon Mobile Ad Network in apps across platforms. The ads were previously only available to display on Android and Fire OS devices.

The Amazon Mobile Ads API lets you place high-quality display ads from the Amazon Mobile Ad Network in your app, helping you better monetize your apps and gain access to highly relevant ads from brand advertisers, including Amazon and its subsidiaries. Starting today, both Interstitial and Banner ads can now be displayed across iOS devices in addition to Android and Fire OS devices.  Beginning on July 25, 2014, ads can also be displayed on the Fire phone.  As a developer, you can now monetize your apps with the Amazon Mobile Ads API across iTunes, Google Play, and the Amazon Appstore while taking advantage of multiple targeting features.

The Amazon Mobile Ad Network rolls out to iOS today for users in the US, the UK, Germany, France, Spain, and Italy.

Amazon has more detailed info about the API on its blog for developers that want to get started integrating the ads in iOS apps.