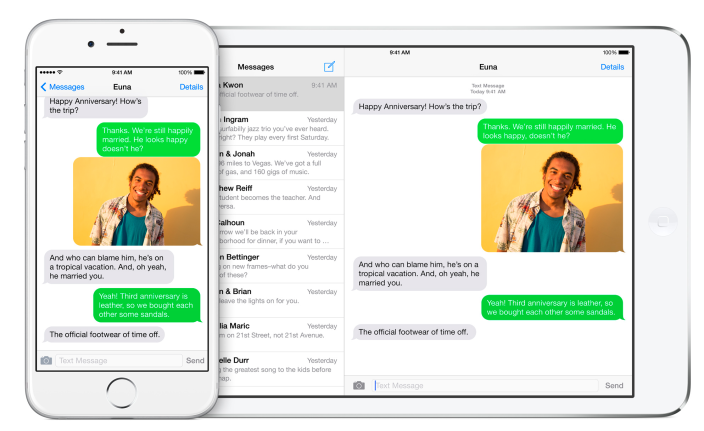 The feature, which allows users to send and receive SMS and MMS text messages from an iPad or Mac, could be held up by the upcoming release of OS X Yosemite this fall. Unfortunately, an October release for the feature means it won’t be available to iPad users when iOS 8 launches on September 17.

The SMS Continuity feature has been included in betas of iOS 8 and OS X Yosemite, but it looks like it won’t be ready for public consumption later this month.

Apple is expected to release OS X Yosemite in October.