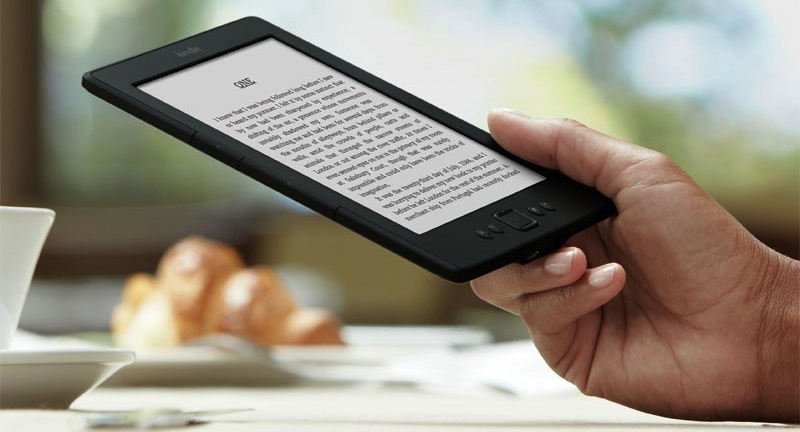 The Kindle Voyage, which now sits at the top of the lineup, sports a brand new 6-inch e-ink display and what the company is calling “Pagepress,” which replaces the previous hardware buttons and allows you to change pages by simply squeezing on the bezel around the screen. In terms of dimensions, the device comes in at an impressive 7.6 mm thin and weighs in at right around 6.4 ounces. The device starts at $199, and that’s the version that ships with ads and lacks 3G.

Additionally, Amazon also announced the new bottom-of-the-line Kindle, which now comes standard with a touch screen as well as a processor that’s supposedly around 20 percent faster than the previous entry level model. This device will be the most affordable of the bunch, coming in at $79 and up ($99 if you want to ditch the “special offers”).

Looking at the Kindle Fire line, Amazon announced an update to its 8.9-inch Kindle Fire HDX and its little brother, the Kindle Fire HD. On the HDX side, you’ll find a new 2.5 GHz processor, “Dolby Atmos and the latest Dolby Audio,” and a supposedly 70% faster graphics engine. The 6-inch HD now comes in 5 colors, retails starting at just $99, and there’s a 7-inch model that’s $139.