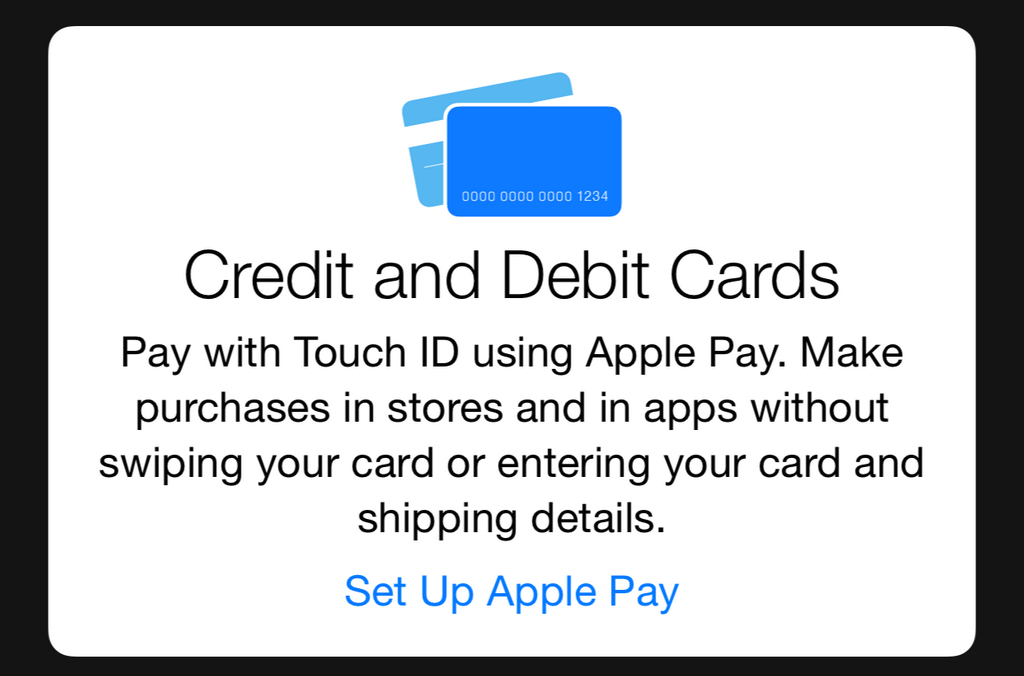 Just in case there hadn’t already been enough evidence of Apple Pay support coming to the iPhone 6 and 6 Plus in the iOS 8.1 update, the second beta of the operating system, which was released earlier today, contains the setup screen for the system. The change isn’t visible to most users right now, but Hamad Sood been able to make it appear:

Sood has also found the Apple Pay setup screens that will show during the initial setup of a new device running iOS 8.1:

Whether a future beta will enable Apple Pay for all developers or Apple will wait until the public release to activate the feature is still unknown, but progress is being made toward its inclusion. Apple Pay will be included in Passbook and support NFC-powered payments through the iPhone 6, iPhoen 6 Plus, and (eventually) the Apple Watch.