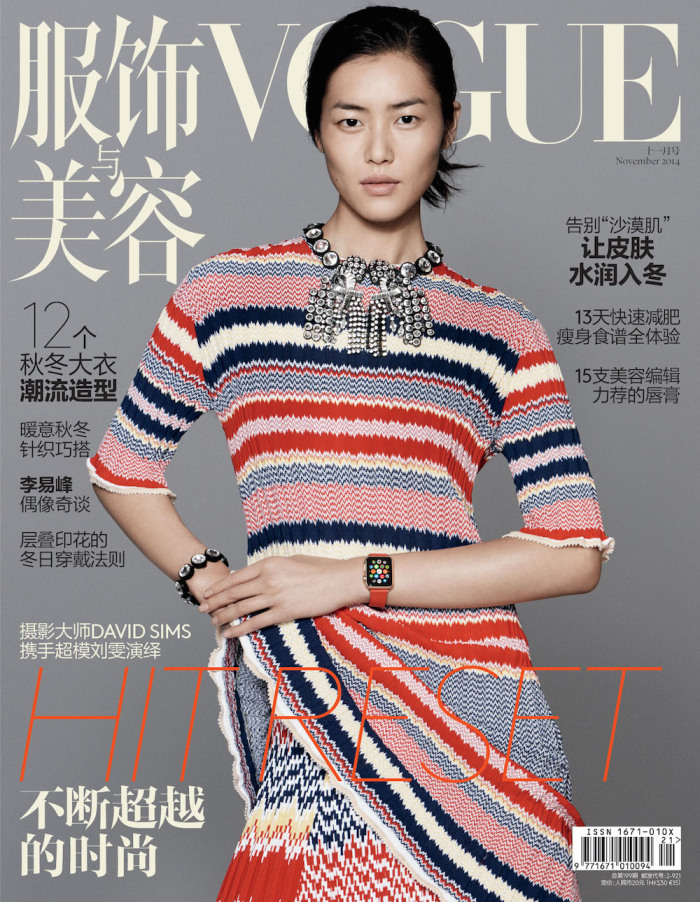 Apple’s upcoming wearable will appear on the cover of Vogue China’s November issue according to Business of Fashion. Several styles of the device will be worn by supermodel Liu Wen. This comes just a few weeks after Apple’s one-day-only special showing of the Apple Watch during Paris Fashion Week, proving that the company is taking a much more direct approach to the fashion world.

Vogue China EiC Angelica Cheung reportedly met with Tim Cook and Jony Ive prior to the official reveal of the watch to learn about the process behind its design. When asked about why Vogue China was chosen as the first magazine to feature the device, she responded in part by stating:

Chinese people are actually very digitally minded and we embrace new technology and digital products more easily than perhaps people elsewhere … We are an ancient country but at the same time a very young country when it comes to fashion and new products. We love to embrace everything that is new, modern and positive.

Liu Wen previous posted on Instagram that she had seen the Apple Watch already and that she would be revealing more “soon.”

The iPhone 6 was recently approved for sale in China after suffering regulatory setbacks. Hopefully such delays won’t push back the Chinese launch of the Apple Watch in early 2015.