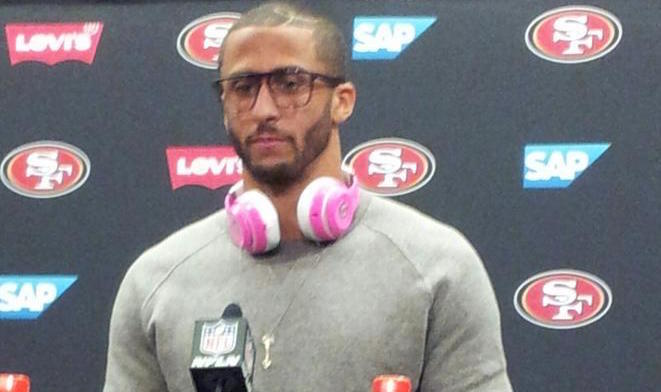 SF 49ers quarterback Colin Kaepernick has been fined $10,000 by the NFL for wearing a pair of pink Beats by Dre headphones (presumably for Breast Cancer Awareness Month) during a post-game press conference on Sunday. The National Football League recently signed an agreement with Bose that barred players and staff from wearing any other brand of headphones while on camera.

Kaepernick has an endorsement deal with Beats which comes into conflict with that agreement. The player declined to state whether the Apple-owned brand was picking up the tab for this infraction (and potentially others in the future).