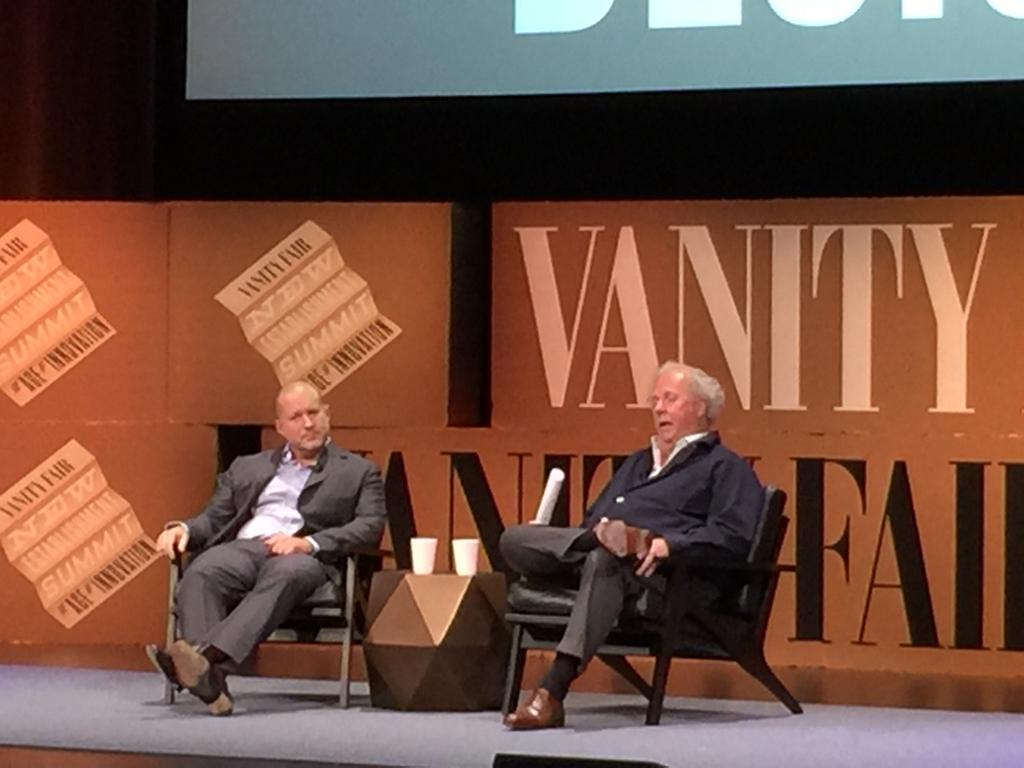 Jony Ive appeared live today at Vanity Fair’s New Establishment Summit and talked about Apple’s design team, principles, and process. For example, the executive revealed that Apple’s core design team is made up of only about 16 people, and the company almost gave up on the first-generation iPhone because they weren’t sure they could get a touch interface working.

According to Business Insider, Ive said that no one has ever voluntarily left his small design team, which is a pretty fantastic track record. He also said that the rounded edges on the newest iPhone models were designed to make it feel thinner. Previous attempts had been made at creating a larger iPhone, but the squared edges made it feel bulky.

You can find some of the more interesting tidbits below. Video footage of the event below.

"I don't see it as flattery, I see it as theft, and it's lazy." - Apple's Jony Ive on Xiaomi''s copy-cat phone #VFSummit

"Copying: I think it's lazy, and I don't think it's ok." Jony Ive #VFSummit

This is the first phone that Apple's Jony Ive ever designed. Not what I was expecting. #vfsummit http://t.co/mU9tnzyoVa

"It's incredibly humbling to watch the evolution of a product and technology (ie. the watch)" - Jony Ive #VFSummit

"We nearly didn't" make the iPhone, we didn't know if it was going to work. Apple's Jony Ive @VanityFair #VFSummit

"There were a thousand reasons, and many occasions, where we nearly gave up" on touch - Apple's Jony Ive #VFSummit