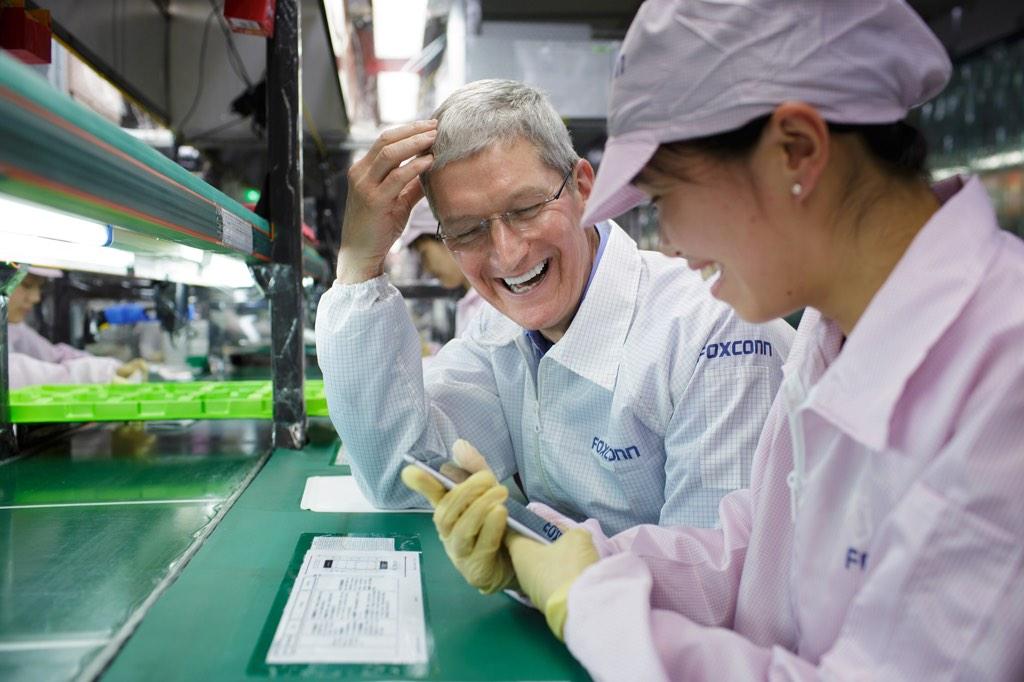 Tim Cook paid a visit to a Foxconn factory in Zhengzhou, China during a trip across the country. The Apple executive tweeted the photo above with one of the workers assembling an iPhone. Cook will meet with Chinese Apple employees later for a special Q&A session where he will answer questions from workers across the world.

The CEO is also scheduled to meet with the Vice Premier of China following recent reports that the nation’s government was engaging in iCloud phishing attacks.

There is one group that Cook probably won’t see while he’s in the country, though: the Pangu jailbreak team that recently released a jailbreak for iOS 8.0 and 8.1. We’re guessing he’s not too pleased about that.