Debunk: No, Apple didn’t change up iPhone 6 Plus internals to avoid bending 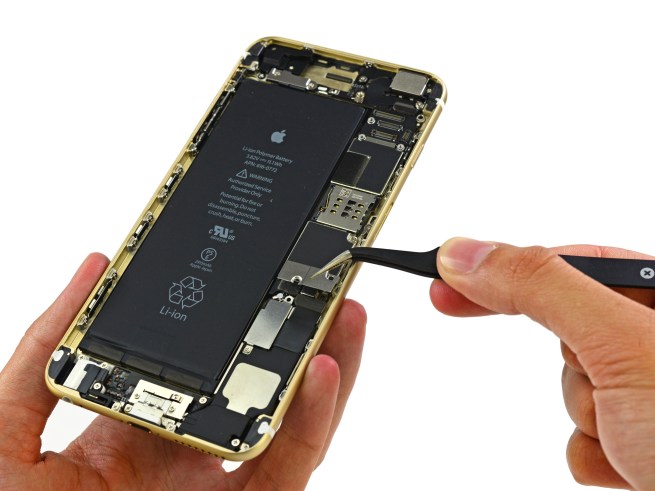 Reports speculating that Apple has recently added a new reinforcement to iPhone 6 Plus units following a controversy over rare instances of the device bending under pressure aren’t true, according to a source close to the situation.

Earlier today users noticed an increase in weight for newly purchased units of the iPhone 6 Plus compared to the 172grams Apple quotes on its website. Repair guide website iFixit noted in a Reddit post that it tested a newly purchased device and found a weight difference of 172.7 grams to 173.5 grams. “We had a Day One iPhone 6 Plus, 128 GB, Silver, Verizon unit. I put it on the dealer scale we have on-premises, and it weighed 172.7 grams. It’s on the high end, but still within Apple’s listed 172 gram spec. I just went to the store and bought a brand-spanking-new iPhone 6 Plus, 128 GB, Space Gray, Verizon unit…It weighs 173.5 grams, a whopping 0.8 grams more than the Day One unit.”

The reports have been widely picked up by several news sites and some are speculating that the weight difference could be due to added reinforcements to address bending concerns. We’ve confirmed, however, that the difference in weight is normal and that newly shipping iPhone 6 Plus units have not been silently altered.

A footnote on Apple’s specs website for iPhone 6 Plus notes that “Size and weight vary by configuration and manufacturing process,” and sources tell us a 1.5 gram weight variance between any two iPhone 6 Plus units is within what is expected.

Apple originally responded to concerns over bending by noting that the issue is “extremely rare” under normal use and that iPhone 6 and iPhone 6 Plus feature “stainless steel and titanium inserts to reinforce high stress locations and use the strongest glass in the smartphone industry.”