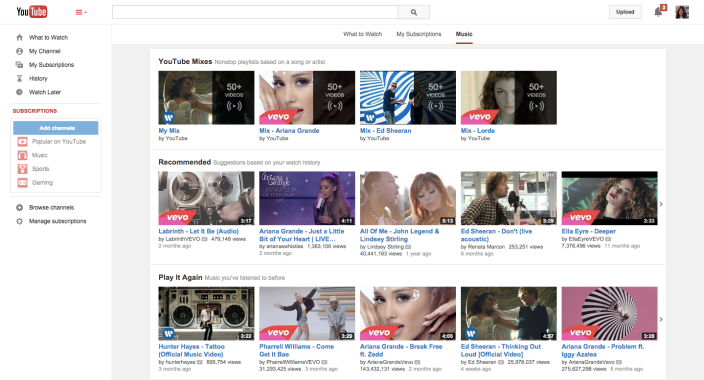 Google today officially announced its highly rumored YouTube music subscription service and its calling it YouTube Music Key. YouTube’s Music Key service with be available for a monthly subscription of $9.99 and unlock ad-free music, offline playback and video viewing, and the ability to play music in the background when using other apps.

The service is rolling out as a beta next week with a promotional price of $7.99/month, and early adopters will be able to request access from YouTube.com/MusicKey. YouTube’s Music Key beta service will be available through the YouTube apps on Android and iOS and through YouTube.com.

Thanks to your music videos, remixes, covers, and more, you’ve made YouTube the biggest music service on the planet. To turn YouTube into your perfect music service, we’re launching YouTube Music Key as a beta with our biggest music fans first, and then we’ll bring YouTube Music Key to the whole world together. So, if you see an invite in your app or email, try it out for six months for free.

YouTube Music Key will be available in beta in the United States, United Kingdom, Spain, Italy, Portugal, Finland and Ireland. You can sign up to request access to the beta and receive more information about the service here.