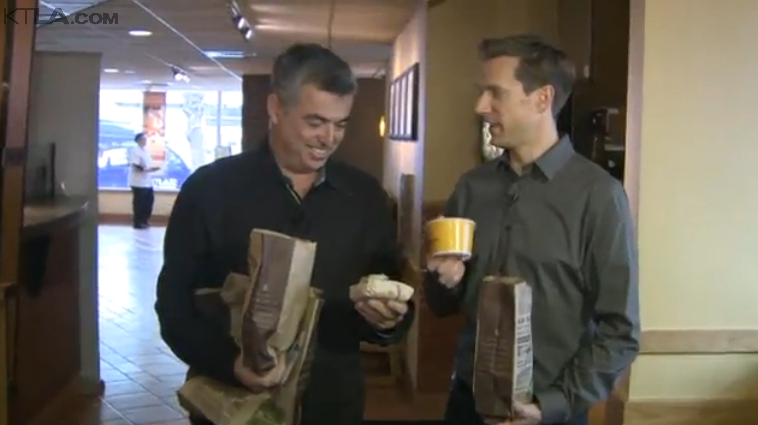 Apple executive Eddy Cue, in charge of the team that developed Apple Pay, recently participated in some holiday shopping with local news station KTLA to demonstrate how the new mobile payments platform works. Cue, alongside tech reporter Rich DeMuro, visited a number of stores in Santa Monica, California, including Panera Bread, Bloomingdale’s and the Disney Store.

The video reiterates how seamless it is to make contactless payments with Apple Pay by simply tapping an iPhone 6 or iPhone 6 Plus on an NFC-equipped payment terminal. While some retailers still require a signature depending on the purchase amount, Apple hopes to remove that hurdle and make Apple Pay an even more convenient experience at the over 220,000 stores where it is accepted.

Cue also stressed that Apple Pay is a secure payments platform because of how each transaction has a unique number attached to it, unlike the same credit card number that you carry around in your wallet. The executive walked through how Apple Pay can also be used on the latest iPad Air and iPad mini models for making secure in-app purchases with ease.

The full-length video is embedded below:

Apple Pay launched in the United States last month and, despite some big players like Walmart, CVS and Rite Aid opting to use their own CurrentC payments platform, the service has largely been a hit among consumers. Apple CEO Tim Cook recently claimed that Apple Pay received over 1 million activations just three days after launching, and early usage numbers at McDonald’s and Whole Foods show vast potential for retailers.

Apple Pay will also be compatible with the iPhone 5, iPhone 5c and iPhone 5s when paired with an Apple Watch.