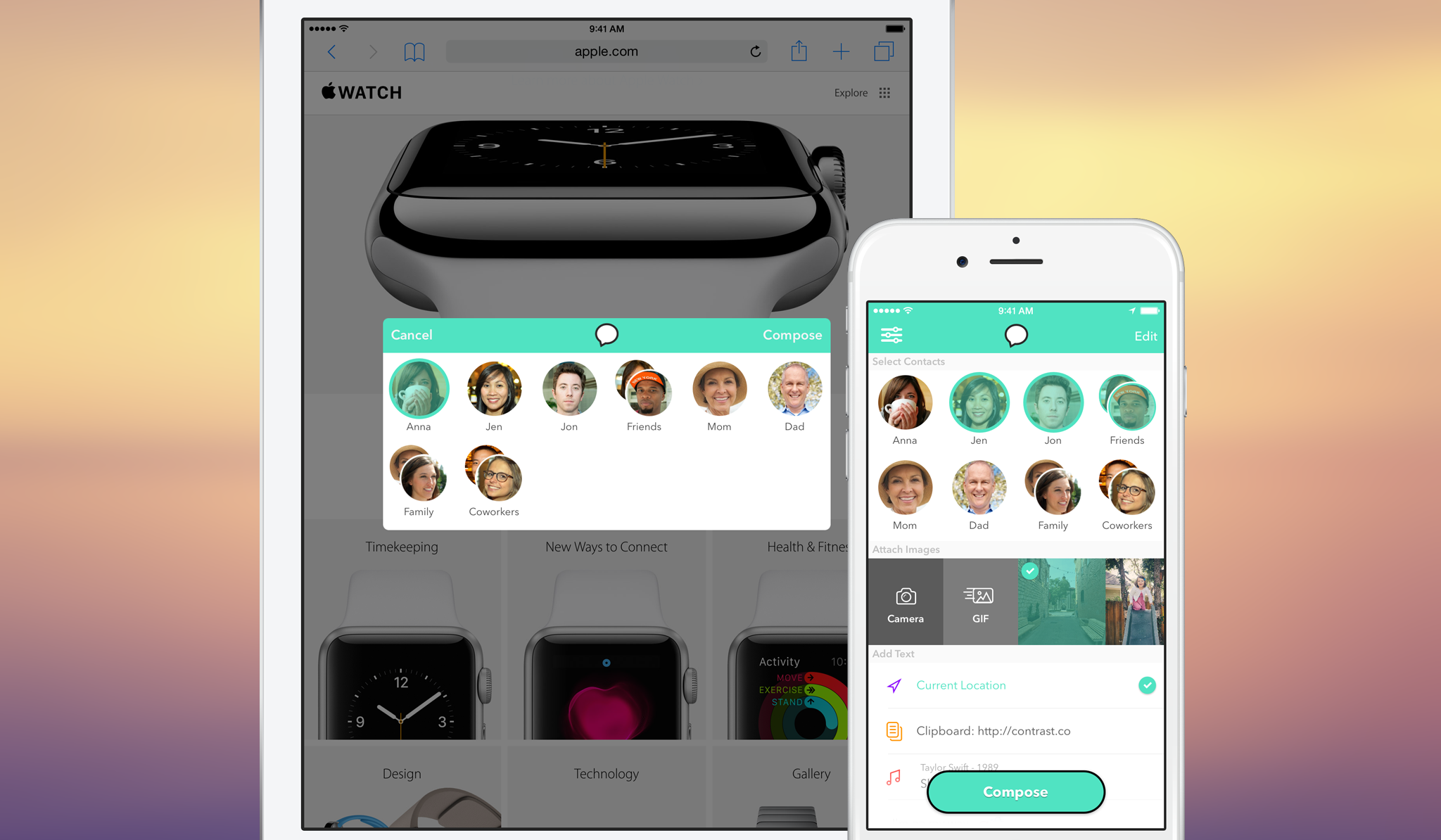 Contrast, the makers of the popular iOS automation app Launch Center Pro, released two new apps today that hope to “speed up tedious tasks on iOS.” Group Text+ and Email+ each include features that make texting (iMessage and SMS) and emailing your favorite contacts or groups of contacts easier and quicker.

You can also send text snippets, images, videos, your current location, current playing song, and more quickly both from each app and from other apps with iOS 8 extensions.

While Launch Center Pro takes an approach that lets users see the under-the-hood details and offers the ability to tinker with complex actions, Group Text+ and Email+ are refined and polished with a straightforward user interface (Contact Center launched in August exists somewhere in between but closely resembling LCP).