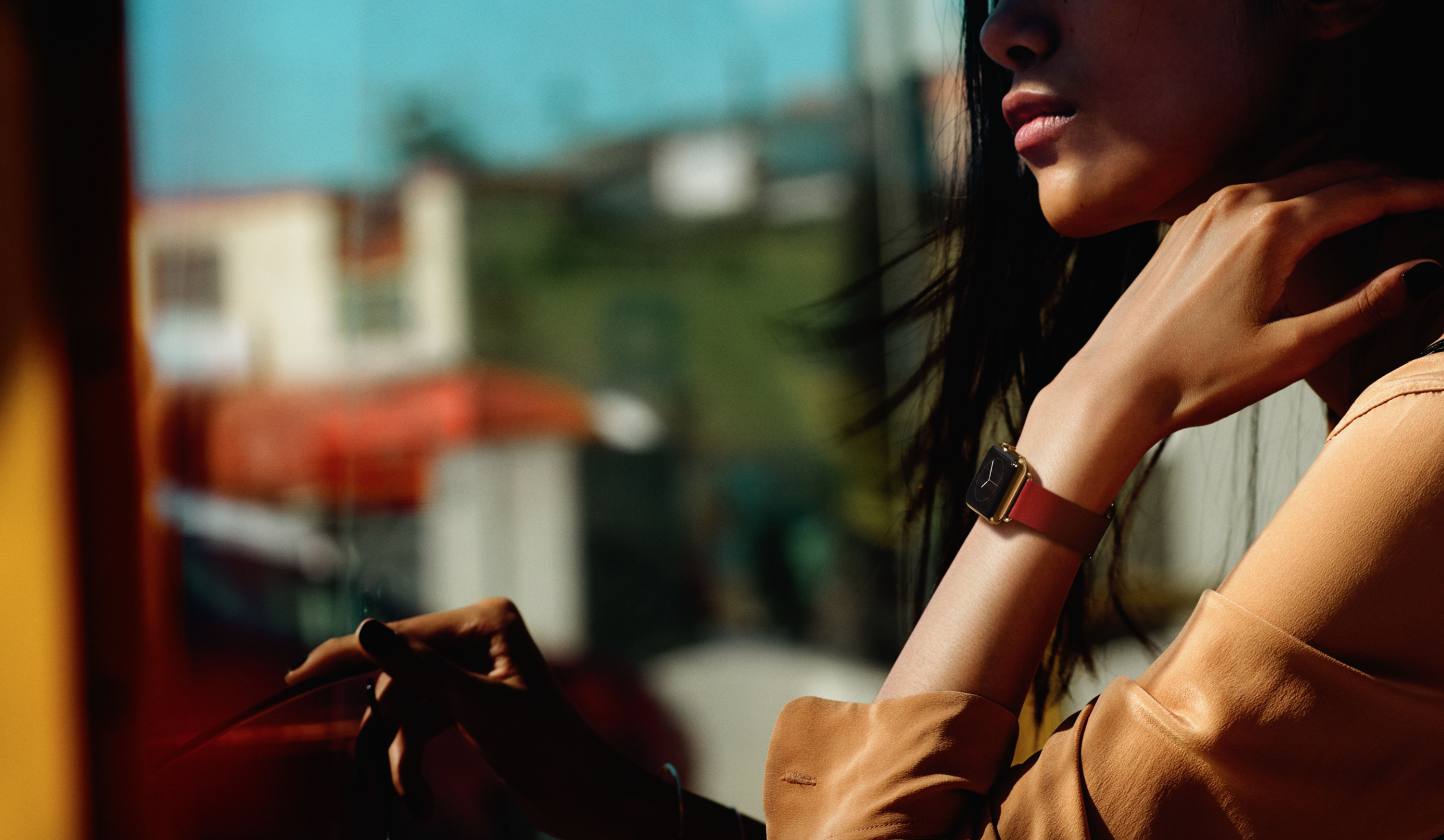 Apple has made yet another key hire from the fashion industry: Chester Chipperfield, the Vice President of Digital and Interactive Design at Burberry. Chipperfield was “responsible for User Experience and Digital Design for all channels” and was “highly involved in digital retail initiatives” at Burberry, according to his LinkedIn profile. He confirmed the move to Apple on his profile as well as on Twitter…

With experience in digital initiatives for a fashion powerhouse, Chipperfield will likely be critical in the rollout of the Apple Watch over the next few months.

Apple is planning to reorganize parts of its retail stores to sell the Apple Watch, and Chipperfield will likely play a role in Watch sales via Apple’s online store and mobile shopping application. Chipperfield does not specifically explain his new role, simply saying he is part of Apple’s “Special Projects” group. 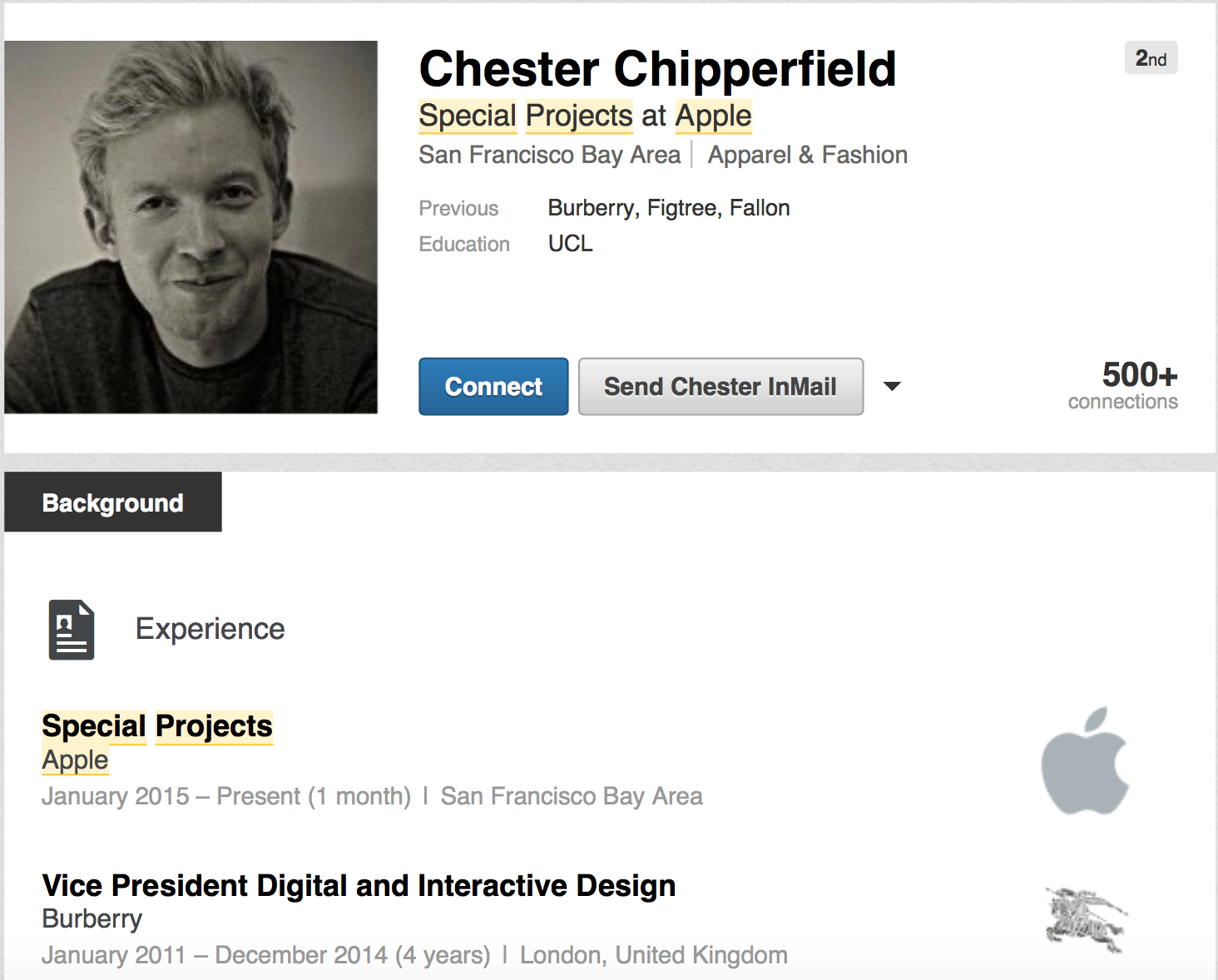 Chipperfield’s hire marks the latest in a string of major moves from Burberry to Apple. Angela Ahrendts, the Senior Vice President of Apple Retail, was formerly the CEO of Burberry before moving over in 2014. Apple also recently hired former Burberry social media executive Musa Tariq. These former Burberry directors join a long list of Apple fashion executives such as Paul Deneve from Yves St. Laurent, Jacob Jordan from Louis Vuitton, and Patrick Pruniaux from Tag Heur. Apple has also been seeking fashion experts to work in its retail stores.

As of earlier this month, Apple is on schedule to ship the Apple Watch by the end of March alongside iOS 8.2. In addition to being a timepiece, fitness tracker, and a communications device, the Apple Watch has a strong connection to the fashion industry. The device ships in three collections with various wrist band options. Apple has promoted the fashion-sense of the Watch by sending its design team to Paris Fashion Week, displaying the Watch at Colette, and working on a feature with Vogue China.