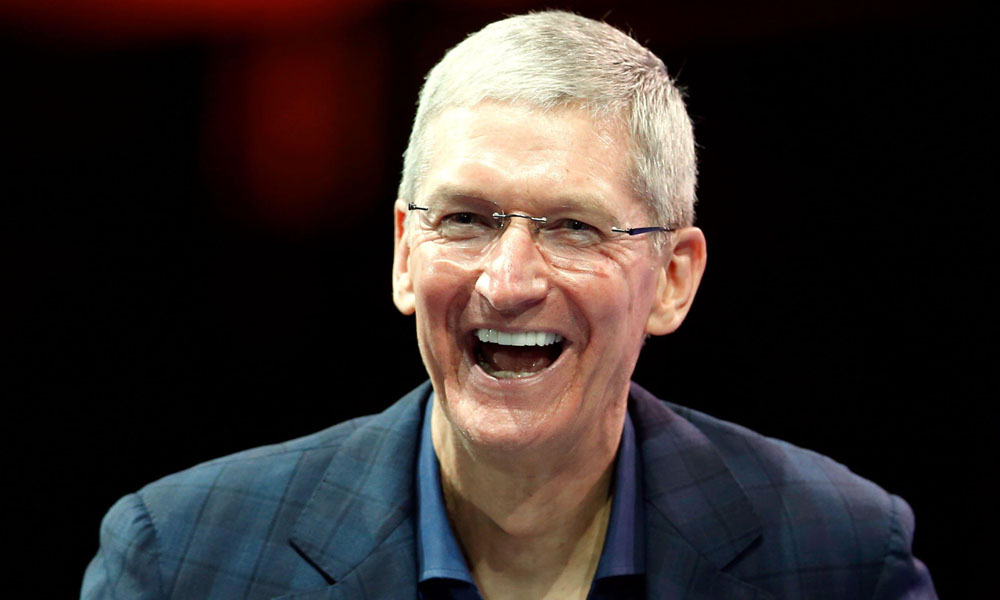 It had been predicted that high sales of the iPhone 6 Plus, together with more people opting for the middle storage tier after Apple doubled capacity to 64GB, would boost margins beyond the 37.5-38.5% forecast by Apple. This was indeed the case, notes the WSJ, averaging selling price rising year-on-year by $50 to $687, enabling Apple to hit a gross margin of 39.9%. 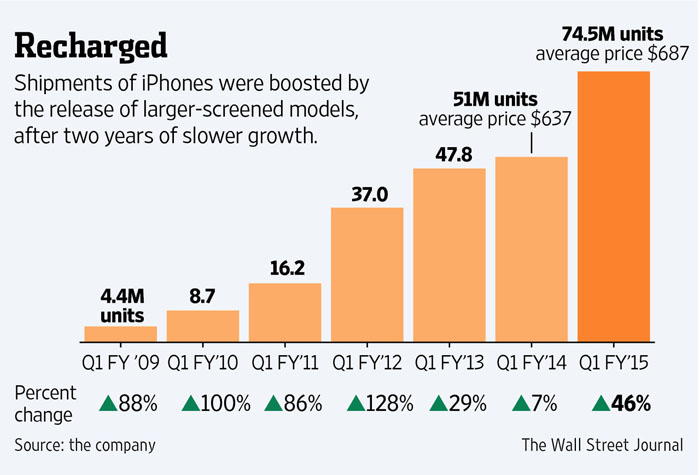 CEO Tim Cook was also keen to point out that many of those buying the iPhone 6/Plus were new customers, per MacWorld.

I would point out that only a small fraction of the installed base has upgraded, so there’s a lot more people within the installed base, but I would also point out that we had the highest number of customers new to iPhone last quarter than in any prior launch. And also that the current iPhone lineup experienced the highest Android switcher rate in any of the last three launches in any of the three previous years. We didn’t look back to the other years, I don’t know about those.

The iPhone now accounts for 69% of total Apple revenue.

The record-breaking numbers also explain why, despite the stock buybacks and dividends paid out by Apple, its cash reserves continue to climb, now standing at $178B. As Business Insider commented, this would be more than enough to enable Apple to buy IBM, Ford, GM and Tesla with $41.3B in change.