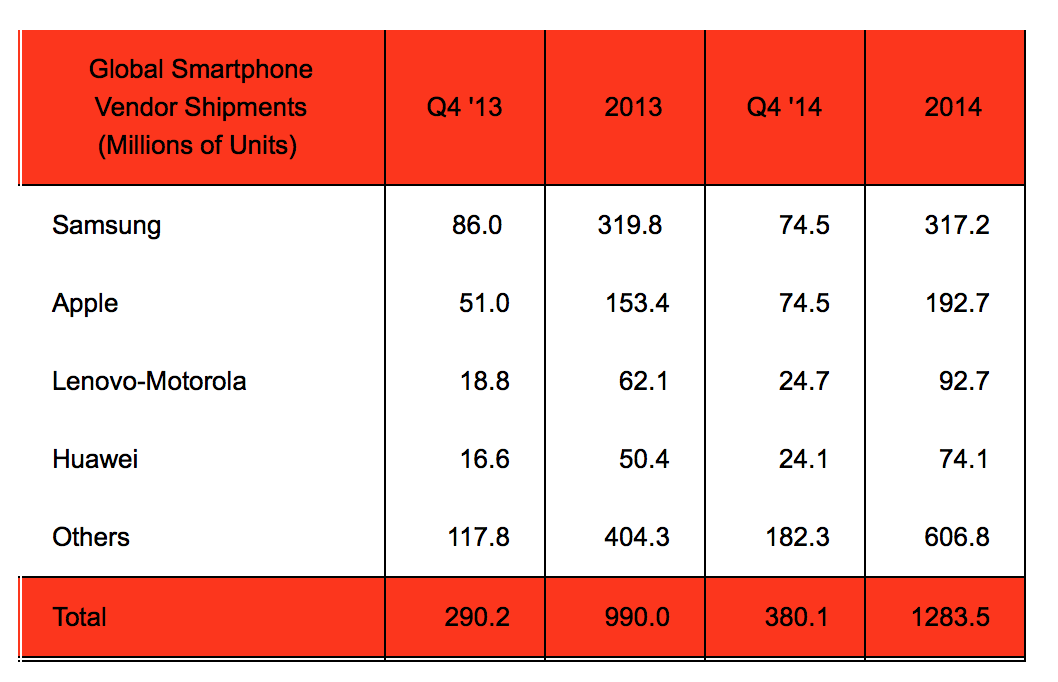 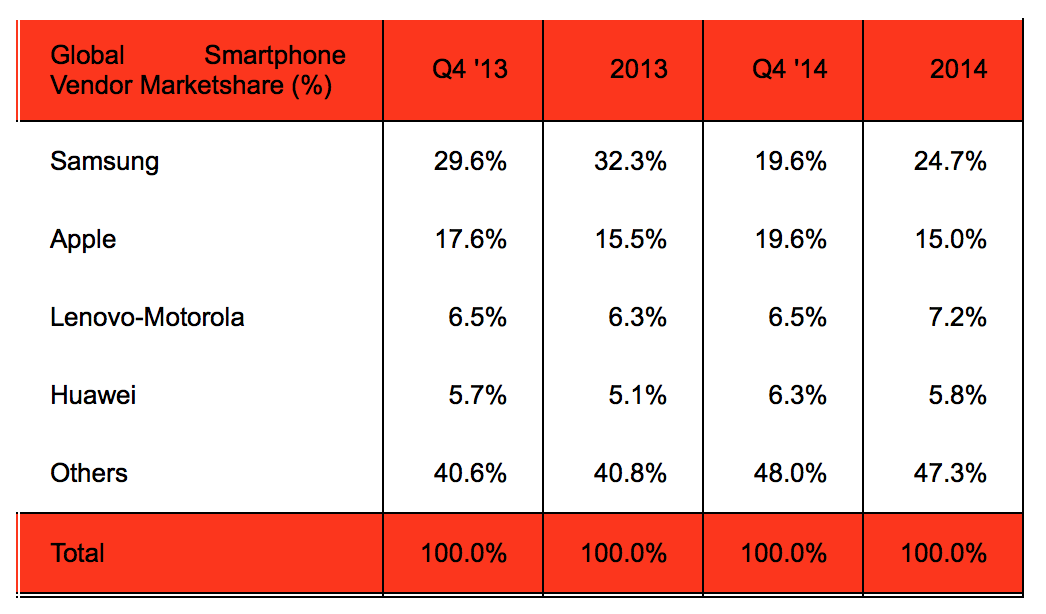 Strategy Analytics notes that this is the first time since Q4 2011 that Apple has topped the charts. Samsung’s marketshare dropped 8% year-over-year, leading the analytics firm to suggest that the Korean company may need to buy out rivals like BlackBerry to fend off competition from Xiaomi and Apple. Samsung recently denied that it had any intention of doing so.

The next two names on the list for Q4, Motorola-owned Lenovo and Huawei, didn’t even come close to Apple and Samsung, with each capturing just over 6% of the market at around 24 million handsets sold.

Forty-eight percent of the market was claimed the remaining companies under the broad heading of “Other.”

Update: IDC’s numbers, arriving just a day later, are near-identical, though IDC gives a slight edge to Samsung, with its data showing that Samsung sold 600,000 more phones, putting its market share 0.16% higher than Apple’s. Given that estimating sales data is never an exact science, we think this one can be safely called a draw. 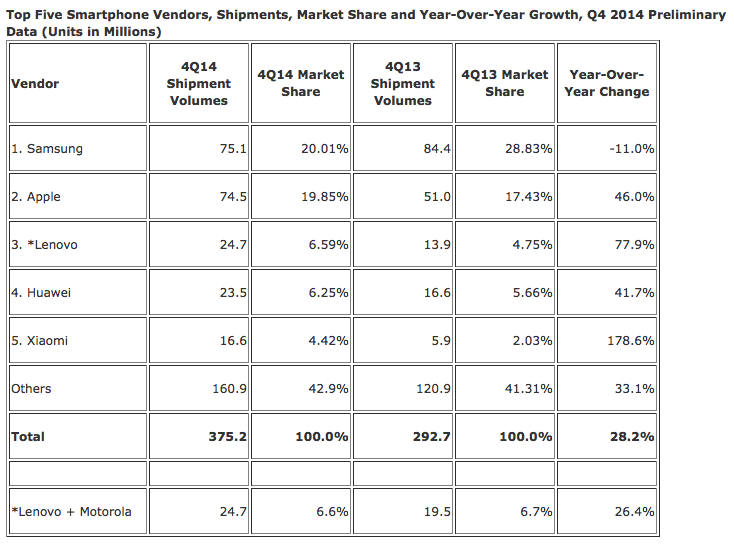