Huge iPhone growth is more than a one-off blip, argues Tim Cook, with most still to upgrade 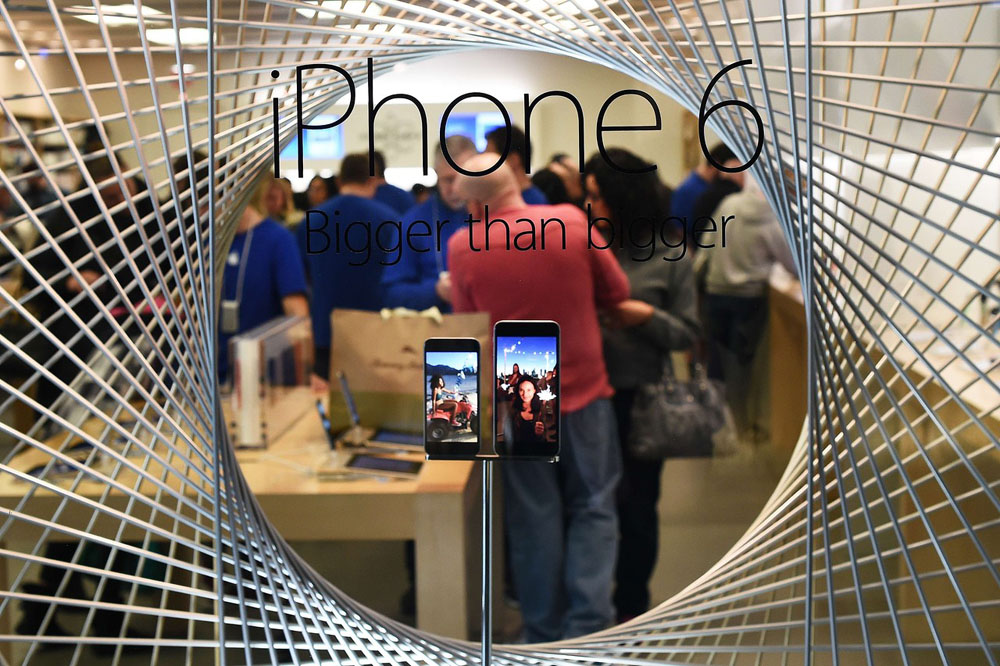 Corrected the wording in the third paragraph of my Apple story from yesterday. I misunderstood Tim Cook's comments. http://t.co/fAW3esQW0F

While few would expect the record-breaking surge in iPhone sales generated by the larger-screened models to continue into subsequent quarters, Tim Cook argued in a WSJ interview that the potential is there.

In an interview, Apple Chief Executive Tim Cook, not surprisingly, argued that the demand is more than temporary. He said fewer than 15% of older iPhone owners upgraded to the iPhone 6 and 6 Plus and that the majority of switchers to iPhone came from smartphones running Google Inc.’s Android operating system.

“We certainly believe there are legs to it,” said Mr. Cook of the iPhone sales surge.

Cook noted during the Q1 earnings call that the current iPhone lineup had experienced “the highest Android switcher rate in any of the last three launches.” With CIRP data suggesting that the US rate of switching from Android to iOS has remained broadly constant, that suggests the bulk of switchers have been outside the US–China in particular …

Not even Cook would suggest that a company of Apple’s size could enjoy a 30% jump in year-on-year revenue two quarters running, but the company has issued guidance suggesting growth of between 14% and 20% this quarter.

Cook’s optimism stems from the fact that most iPhone owners have not yet upgraded. Add late upgraders to a continual stream of switchers, and you have, he believes, a recipe for continued strong growth. The Apple CEO also insisted that there remained upside potential for the iPad, despite a 22% drop in revenue.

Analysts are not so sure. While a Thomson Reuters poll of analysts found that the consensus view was for 22% revenue growth over the full financial year ending this September, they expect the bubble effect of the switch to larger displays to end by then, with growth dropping back to just 4% the following year.

Cook would argue that slowing growth in iPhone sales will be compensated for by other revenue streams, including the Apple Watch–launching in April–and both domestic growth and international expansion for Apple Pay. The App Store, too, is growing at a rate that would see it become a significant contributor to Apple’s total earnings. One thing for sure: it’s going to be an interesting ride …