The Next Episode: Apple’s plans for Beats-based music service revealed 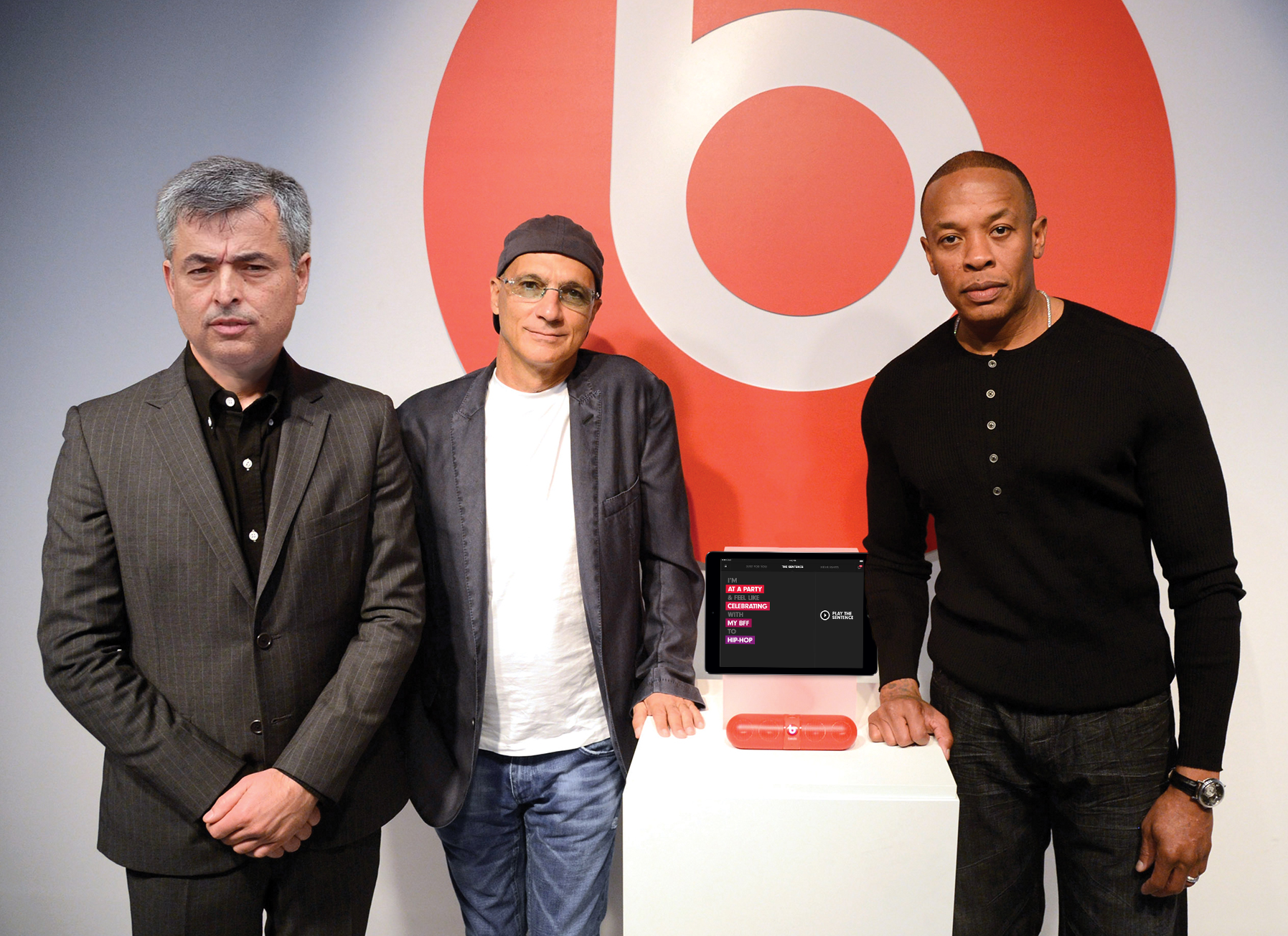 Six months after buying the subscription music service Beats Music, Apple is actively working to launch a completely new paid streaming music service that will compete with Spotify and Rdio. Yet to be named, the new service is entirely Apple-designed, yet leverages Beats’ technologies and music content, a collaboration that has thus far led to personnel challenges and delays. Multiple sources within Apple and the music industry have provided the first in-depth details of Apple’s upcoming streaming service, which we share below.

Rather than merely installing the existing Beats Music app onto iPhones, Apple has decided to deeply integrate Beats into iOS, iTunes, and the Apple TV. The company is currently developing new Beats-infused versions of the Music application for the iPad, iPhone, and iPod touch, as well as an updated iTunes application for computers that deeply integrates Beats functionality. A new Apple TV application is also in the works.

Based heavily upon cloud streaming, Apple’s new service is centered around the user’s music library. A new search feature will be able to locate any song in the iTunes/Beats catalog, and users will be able to stream music from the catalog as well as add songs to their personal libraries. Users will be able to select specific tracks to store on their iOS devices and/or computers, or keep all songs solely in the cloud. Apple will also deeply integrate Beats Music’s Playlists, Activities, and Mixes features into the new service, letting users access a vast array of pre-made, human-curated playlists to fit various activities. Surprisingly, Apple is likely to also update Beats’ social networking features, allowing people to follow other users and artists as they did with the failed Ping social music network.

While Beats technologies will be under the hood, the interface design will be entirely Apple’s, ditching Beats’ black and red theme for a look consistent with iTunes and the iOS Music app. To ease the transition for current Beats Music users, Apple will let users merge Beats Music accounts with their iTunes/Apple ID profiles. Users will also be able to migrate their current Beats libraries to the new service, merging those songs with their iTunes in the Cloud content. Apple plans to retain its iTunes Match, iTunes Radio, and iTunes Store services as-is, even though the new paid streaming service will overlap some functions of earlier iTunes offerings.

Like Beats Music, Apple’s new offering won’t be free, but it will likely be less expensive than the current $9.99/month or $99.99/year pricing. Apple initially discussed a $5 monthly price point with record labels, but music industry sources tell us that the price currently under consideration is $7.99 per month, slightly more affordable than Beats and its rivals. For comparison, Spotify Premium and Rdio Premium subscriptions each cost $9.99 per month. Google Play Music was launched at $7.99/month but is now $9.99.

The new streaming service will also mark the first time Apple offers an Android application developed entirely in-house. Beats Music is already available for Android (shown above) via Google Play, but this application was developed by Beats when it was independent, and some speculated that Apple would kill Android support after the acquisition. Instead, Apple engineers are currently working on an Android app for the new Apple-branded service. Contrasting with former Apple CEO Steve Jobs, Tim Cook said in 2013 that Apple has “no religious issue” against developing an Android application. “If we thought it made sense to do that, we would do that,” he said, and in this case, it makes sense given Android’s significant market share, Beats’ existing subscriber base, and the opportunity to give Android users a small taste of Apple’s software.

However, while a Windows Phone version of the original Beats service exists, Apple does not currently plan to develop a new app for Microsoft’s platform due to its modest market share, nor is it planning a new version of the service for web browsers. Beats Music is currently available over the web using a Flash-based application that lacks many of the features from the smartphone apps.

Even with Beats personnel on board to assist with development, Apple’s creation of a new subscription-based streaming music service has not come without internal problems. The lead director of the new streaming project is said to be recently-promoted iTunes Vice President Robert Kondrk, while key Beats Music employees such as former CEO Ian Rogers, co-founder Jimmy Iovine, and Nine Inch Nails leader Trent Reznor are also involved. One source told us that the “Beats integration is not going so well,” and another source said that development of the new service “has been a mess.” Apple executives placed former Beats employees in some critical engineering positions, upsetting long-time Apple engineers. Bobby Gaza, a former Senior VP at Beats Music and Head of Engineering for the new Apple streaming service project left Apple in December. Another source warned that additional significant employee departures from Apple’s services division could be in sight.

Sources also indicate that a lack of clarity from Apple executives over the direction of the project has put the launch timeline in jeopardy. Apple had originally planned to debut the new streaming music service as early as March, but sources now say that a later launch in June at the annual Worldwide Developers Conference is a “real possibility.” Apple has used the WWDC stage before to announce new music products (iTunes Match in 2011 and iTunes Radio in 2013), so this would not be unprecedented. Despite ambiguities over the status of Beats Music as a standalone offering, Apple has not publicly announced any timeline for changes to the service. Tim Cook said in an October 2014 earnings call that the Apple-Beats deal is “off to a great start with some wonderful plans we’ll share with you in the future.”