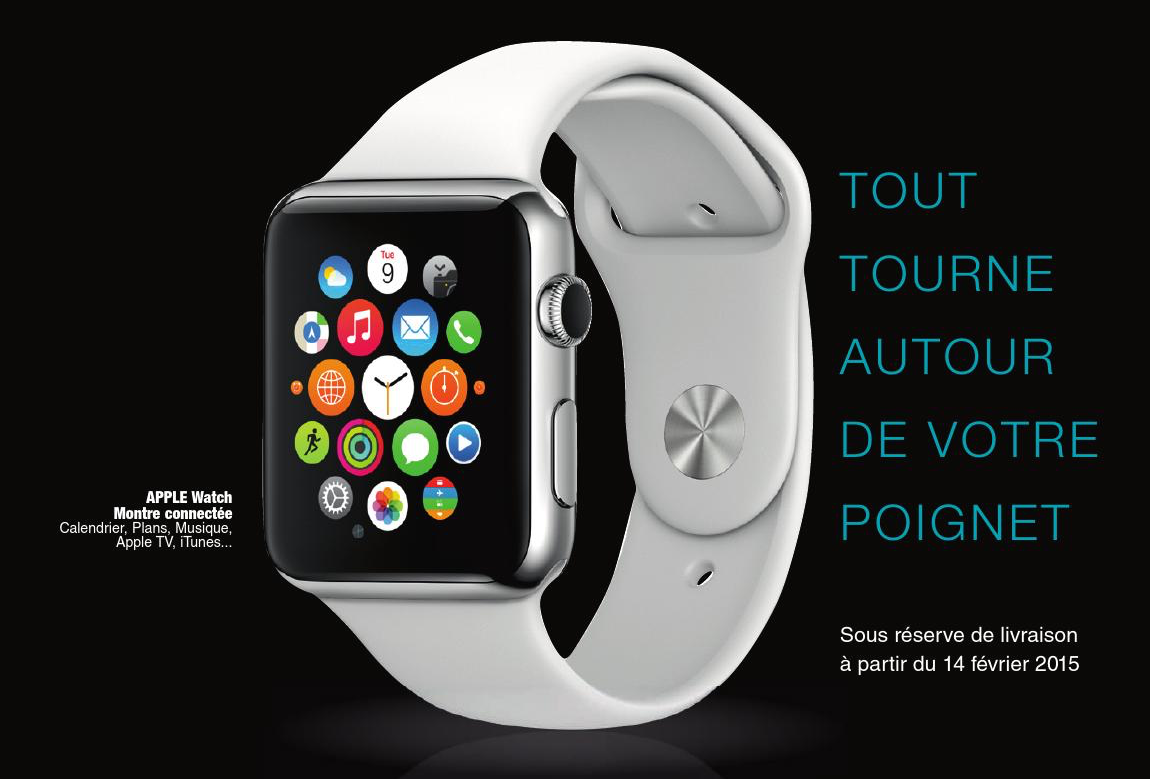 The Apple Watch isn’t shipping by Valentine’s Day— a date that many speculated could make an ideal launch date– and there won’t be an event this month showcasing Apple’s new device ahead of preorders, but that’s not stopping anyone from using the Apple Watch as prime marketing material.

European department store chain Cora has chosen Apple Watch to grace the cover of its latest flyer this month hyping a February 14th date “subject to availability,” even though the Watch is on track to be released sometime in April, according to the latest from Apple CEO Tim Cook.

While we’ll have to wait and see who is more in the know on this matter (joking!), the September unveiling of the Apple Watch has spawned a new market of cheap knock offs and even promised competition from legacy watch industry insiders.

Just yesterday, Swatch’s CEO revealed the Switzerland-based watchmaker is planning its own smartwatch that it expects to bring to market in the next two to three months—just in time for the Apple Watch! Swatch says you somehow won’t even need to charge its Internet-connected watch. They’re even promising mobile payments not unlike Apple Pay.

As for Cora, you can view the publication featuring the Apple Watch on the cover below. Notably, you won’t find any mention of the unreleased device inside the issue, but it would certainly be difficult to advertise or really take pre-orders when only the basement starting price of $350 for presumably the Sport model is known, wouldn’t it? Apple hasn’t shared specific band or model prices yet, but the stainless steel and 18k gold versions are expected to be significantly pricier.