ESPN is out with a brand new version of its iPhone app today adding native resolution support for the iPhone 6 and iPhone 6+ while also debuting on the iPad for the first time. The new app not only sports a new look right down to its icon, but ESPN says it “pulled a Puff Daddy and changed the name.” Previously, the app was branded as ESPN SportsCenter, but now it’s simply “ESPN”.

The version of the sports network’s iOS app also touts a new feature called ESPN Now, which puts “up to-the-minute ESPN photos, videos and social media content” a swipe away from the news section. ESPN version 4.2 now supports viewing content from the Cricket World Cup including video content and scores.

While the ESPN app has been overhauled with a fresh look and some new features, you can still track your favorite sports and teams just like with the previous ESPN SportsCenter app. 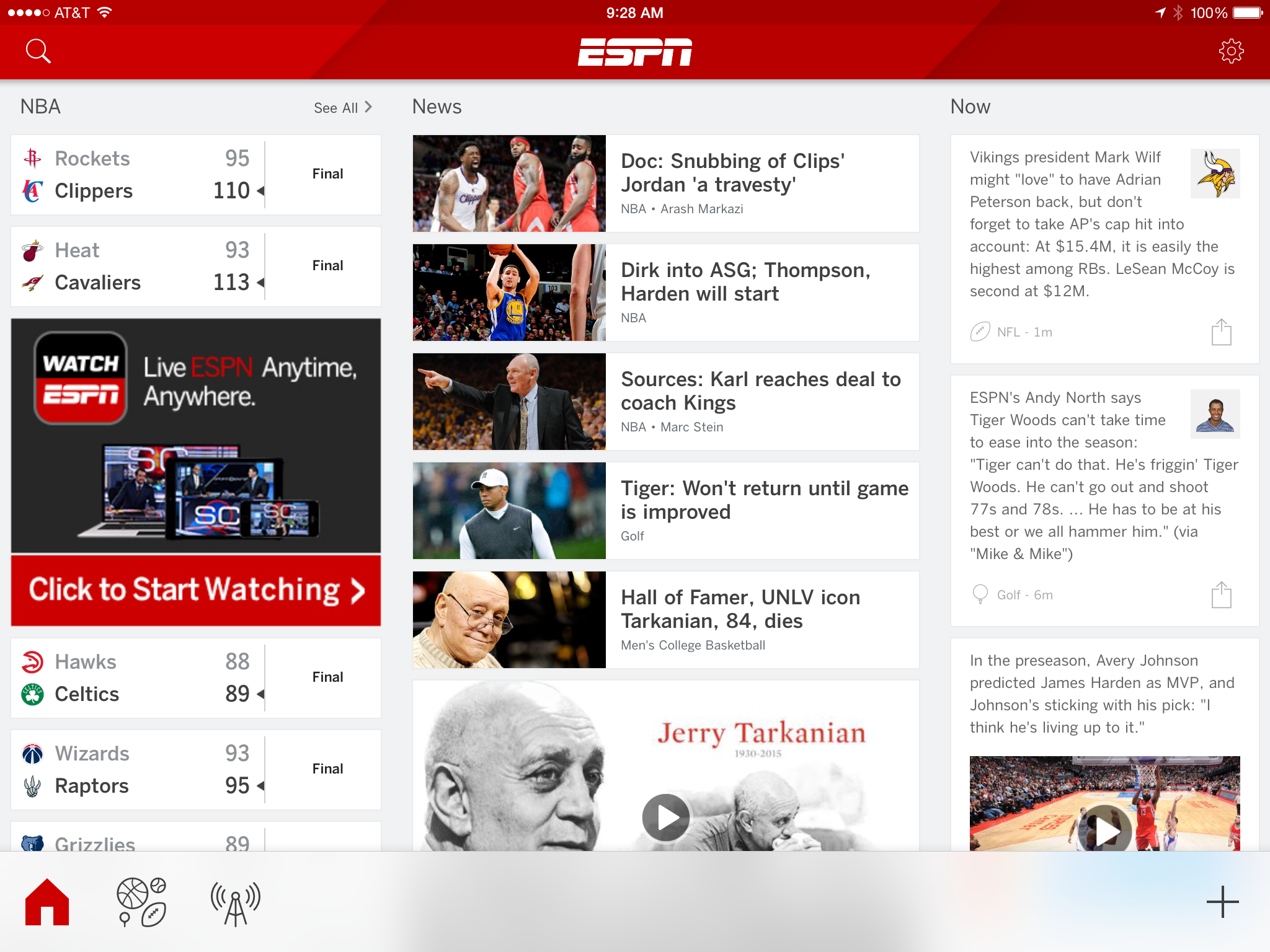 In addition to being available through iTunes Radio, ESPN Radio is also embedded within the app with live audio broadcasts, and ESPN subscribers can find schedules for broadcasts on the network and jump right into the WatchESPN app for viewing live programs.

We first told you about ESPN’s plans to rebrand and expand its SportsCenter iPhone app last fall at Disney’s Mobile Product Showcase; the sports network will also roll out an overhauled version of its website at the beginning of April in time for its 20th anniversary.

ESPN for iPhone and iPad is rolling out now for free on the App Store.