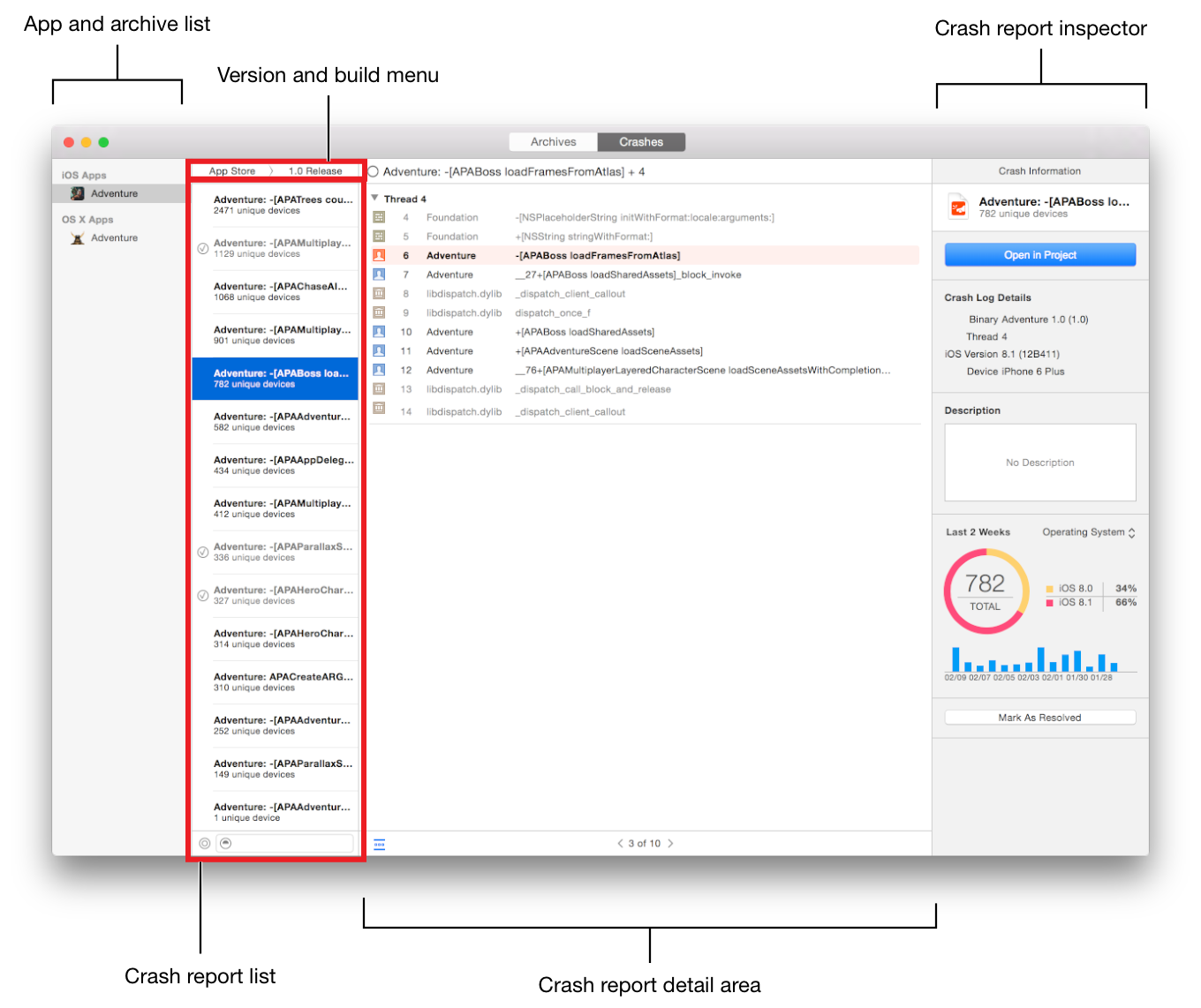 Alongside releasing the second OS X 10.10.3 preview release and iOS 8.3 beta 2, Apple shared Xcode 6.3 beta 2 through the Mac and iOS Developer Center today. The latest beta version of Xcode, which developers use to build and manage software, includes a new crash log reporting system to show developers issues users may experience with their apps.

For developers, this means issues with apps can be pinpointed much faster through Xcode. For consumers, the feature should make for a better overall experience with quality and app performance. The new Crashes Organizer feature works with tracking crashes in both App Store releases and TestFlight beta releases.

Apple first announced the feature at its Worldwide Developer Conference last June after acquiring the beta distribution and analytics service TestFlight. While Apple has already rolled out its own version of TestFlight app beta distributing features and crash log reports will be added in Xcode 6.3, developers are still awaiting the launch of TestFlight analytics features for the App Store mentioned at WWDC 2013.