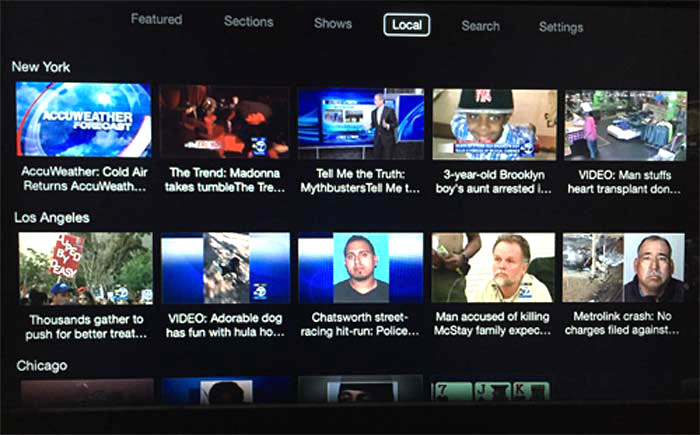 ABC News, which was added to Apple TV in the U.S. last year as a dedicated channel, has now made it across the Atlantic to Europe and Scandinavia, reports iFun. The channel offers both live and recorded shows, including local news broadcasts from a number of US cities, handy for expat residents and anyone interested in an American take on the news.

ABC first made it to Apple TV in 2013 with a Watch ABC channel, but it required a cable subscription to view it. ABC News is free to view. The company revealed last year that Apple TV owners watch 50% more live ABC News video than desktop and mobile users combined.

ABC News has featured exclusive interviews with both Tim Cook (including a fun moment) and Jony Ive.

Updated thanks to reader comments that it is also available in the UK, France, Sweden and Hungary, so likely across the region.