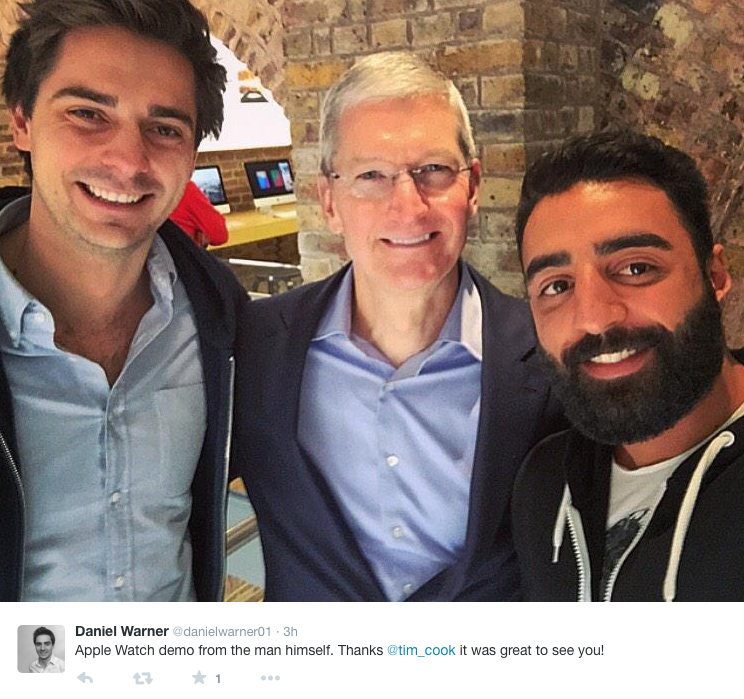 Tim Cook’s international tour continues. After visiting BILD, Chancellor Angela Merkel and an Apple Store in Germany, and President Reuven Rivlin in Israel, he was photographed today in the Apple Store in London’s Covent Garden.

Business Insider pulled together a few tweets in which Cook gave Apple Watch demos to surprised customers, and posed for selfies with store employees …

The Covent Garden store was the largest in the world when it opened in 2010, Scott Forstall dropping in. The store has three levels, display space on the ground floor, more display area and the Genius bar above, and accessories on the top floor. It was also the subject of a smash-and-grab raid in 2011 (safes will secure gold Apple Watch Editions in Apple Stores come launch time).