Opinion: Apple TV should get these 10 updates at next week’s event, but probably won’t

Nearly eight years have passed since Apple released the first-generation Apple TV, a product originally hyped as “something really special” but quickly demoted to a “hobby” after initial sales fizzled. The second-generation version arrived with much less fanfare in late 2010, and the modestly tweaked third-generation model got a mere five-minute launch at a March event three years ago. Since then, there’s been plenty of evidence that Apple was working on updated hardware, a major partnership with cable companies, and major new content deals, but apart from the quiet addition of new channels, nothing’s actually happened.

Since total Apple TV sales remain soft by comparison with Apple’s other product lines, next week’s fashion-focused and celebrity-packed Apple Watch special event would be a great opportunity to launch an updated Apple TV to a broader audience. The current-generation Apple TV is older than its predecessor was when Apple replaced it, and there are at least 10 software and hardware tweaks that could fundamentally improve the Apple TV experience. Here’s our list of 5 features Apple TV really needs, and 5 features it would really benefit from having… 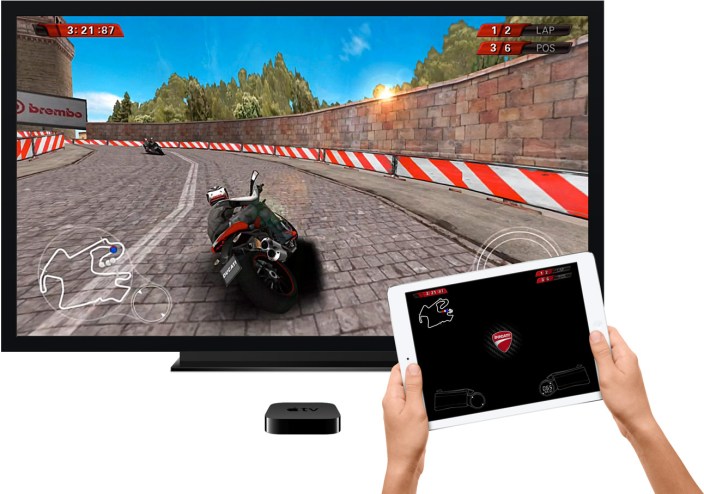 1. Unified Search. The absence of an Apple TV-wide, unified search feature is increasingly hurting the growth potential of the device. With every additional channel Apple allows onto the device’s main menu, the number of doorways leading to content increases; once you enter a doorway to a content aggregator such as Yahoo Screen, KOR-TV, or Hulu, you’re confronted with even more possible paths to take. It’s gotten to the point where users can spend as much time navigating through menus as actually watching shows. A unified search feature — at a minimum including titles, cast/crew names, and description field searches — would dramatically improve the Apple TV in a flash. It would be even better with…

2. Better (If Alternate) UI Navigation. Even if we accept that the Apple TV’s packed-in Apple Remote is a necessary first-level menu navigation tool, that doesn’t preclude Apple from leveraging iPhones, iPads, or iPod touches for an alternate navigation scheme. It could be voice searches, but it could also be a mirroring of the Apple TV UI on the iOS device’s screen. Back in 2007 or even 2010, relying on an iPhone as an input device seemed like a rich man’s luxury, and Apple’s underdeveloped iOS app Remote expanded only a little on the free physical remote. Today, iOS devices are so ubiquitous that there’s no excuse not to use them more heavily for fully rethought input.

3. Game Controller Support. Video gaming is annually a $100 billion business. Games are the largest individual category in the App Store, representing over 20% of the 1.4 million titles available for download. People love to play games on their TVs, and love to play games on their iOS devices. The lack of proper Apple TV support for this has been a glaring omission for years, and although there are now Bluetooth iOS game controllers, Apple hasn’t tied them directly into the Apple TV. That needs to change.

4. More Horsepower. The single-core A5 inside the Apple TV is now several generations behind the A7 and A8 devices most of Apple’s customers are using. In theory, that doesn’t mean much — the Apple TV doesn’t need to run all the same apps as an iPad — but if the Apple TV is going to handle next-gen AirPlay Mirroring and streaming, play current-generation iOS games, or offer features such as Siri and FaceTime, it will need more horsepower.

5. More Memory. In addition to more video RAM, the Apple TV could really use additional flash storage space to hold games and more complex apps. Some months ago, Apple’s web site began to use the phrase “Starting at $99” rather than “Only $99” for the Apple TV’s price. This typically only happens when Apple offers more than one model, and most of the time when those models differ in storage capacity.

What Apple TV Should Get, Too

6. A La Carte Cable Channels. This one’s been rumored for the past year and seems inevitable given HBO’s very-near-term plans to offer direct subscription-based access to its content, but the killer app for Apple TV is still great content. People want to pay for that content (if at all) on a monthly, all-you-can-eat basis rather than by the individual episode. Apple knows this and needs to make it happen.

7. A Camera. Either packed in or as an accessory, a FaceTime camera for video calling is a natural addition to the Apple TV. Gesture controls like Xbox One? Augmented reality like PlayStation 4? Both are optional at best, and probably not worth having. But video calling should not be restricted to iOS devices and Macs.

8. 4K Support. This is in the “should” category rather than the “must” category solely because Apple so infrequently updates the Apple TV — at the current rate, a 2015 update probably wouldn’t be tweaked until 2018. Ultra HD 4K televisions aren’t ubiquitous yet, but they’ll grow in popularity over the next few years, so Apple TV hardware support for the standard would be forward-thinking.

9. Better Wireless. The Apple TV would really benefit from 802.11ac support, particularly for smoother AirPlay streaming from 802.11ac-compatible iOS devices. Without improved Wi-Fi (and even with it), streaming 4K video is going to be a challenge.

10. A HomeKit App. Apple has already announced that the Apple TV will in some way be involved in managing HomeKit accessories. An app for HomeKit accessories — along with a proper interface for controlling them — is even more inevitable (though less exciting) than support for Apple TV games. That said, the latest reports suggest that HomeKit accessories won’t be ready to ship until later in 2015, perhaps around the same time as WWDC in June. If the Apple TV is going to be a part of the system, this could make a later-in-the-year update more likely.

What do you think Apple should add to the Apple TV? And when? Use the comments area below to share your thoughts!