Gartner is out with its latest report tracking smartphone movement during the previous year and more specifically the holiday quarter.

Headlining the report is news that over 1 billion smartphones were sold in 2014, a data point IDC first said was hit in the previous year, adding that two out of three phones sold last year qualified as smartphones.

Notably, Gartner’s data told a different story during the same quarter in 2013 when Samsung topped Apple’s smartphone sales around the world by more than 30 million units with 29.5 % marketshare for the quarter over Apple’s 17.8%.

Apple’s record 74.4 million iPhone sales during the holiday quarter following the introduction of the larger-screened iPhone 6 and iPhone 6 Plus of course served Apple well. Samsung entered the quarter ahead of rumors of the newly announced Galaxy S6 and Galaxy S6 Edge flagship smartphones which will start shipping next month.

Coming up behind Apple and Samsung is Lenovo (which includes sales of Motorola-branded phones), Huawei, and Xiaomi with single digit market share. The collective group of others which amount to 42.4% of the holiday quarter sales.

When you look at the data for smartphone sales to end users by vendors for the year as a whole, though, Apple falls behind Samsung considerably. Samsung sales caught 24.7 percent of the market over Apple’s 15.4 percent for the year. The difference? Samsung sold 307,597,000 units over Apple’s 191,426,000 units. Compared to marketshare in 2013, Apple actually dropped 0.1% from 15.5%, although Samsung lost 6 percentage points to the runners-up. 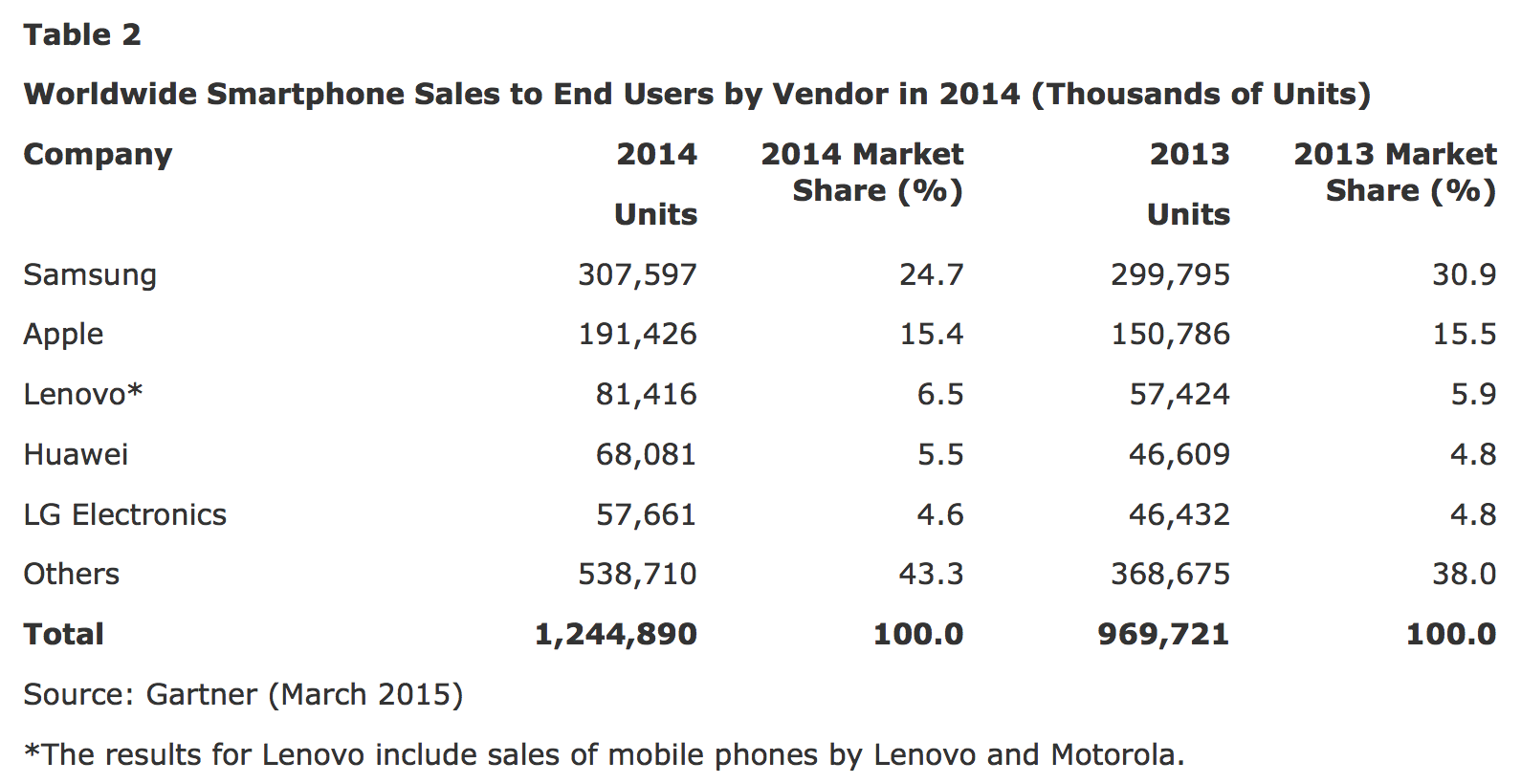 With Apple out of its S-year cycle for most of 2015 (until this fall) and Samsung competing with its new Galaxy S6 and Galaxy S6 Edge, the race between the two will remain an interesting space to watch.