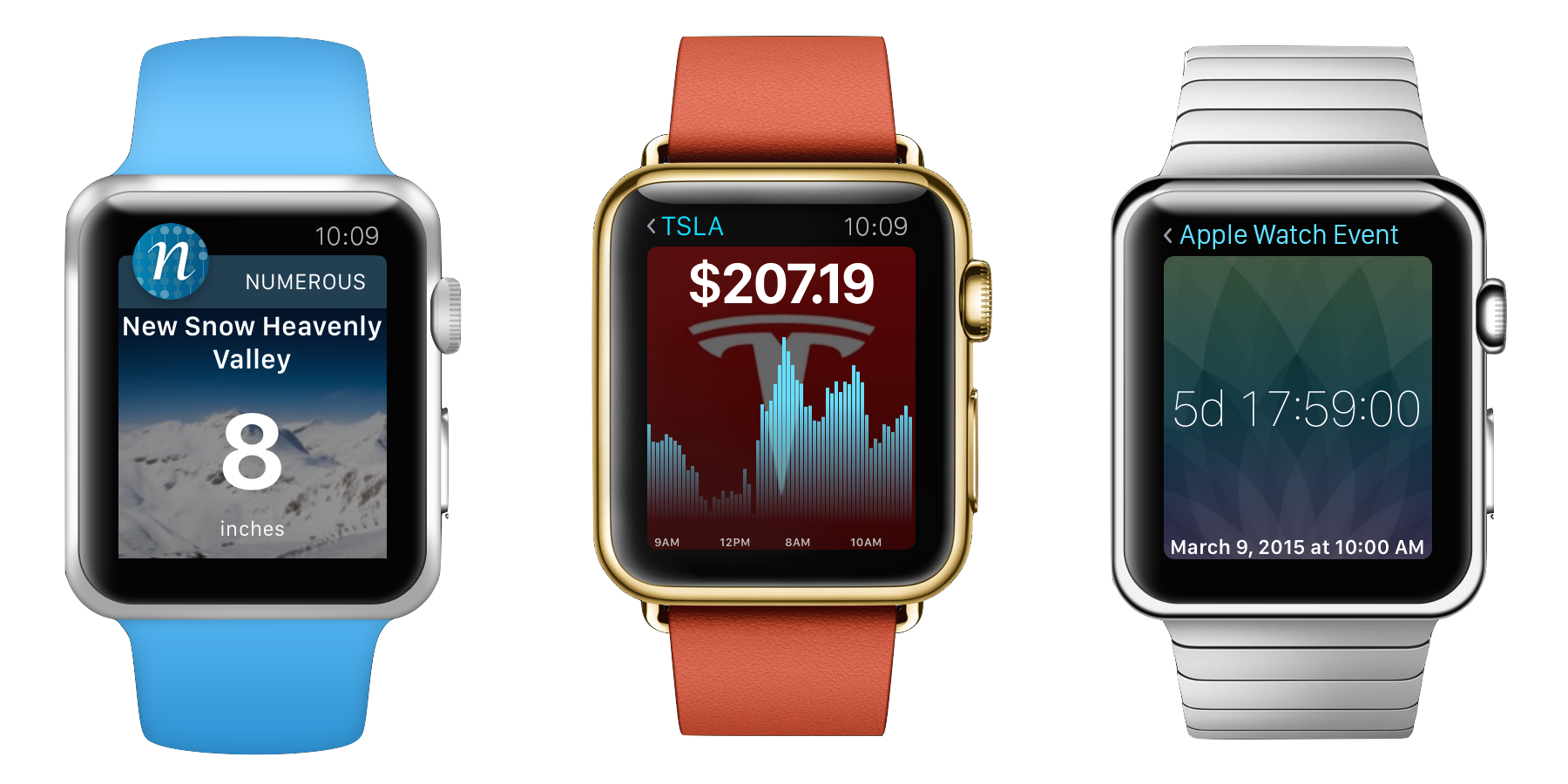 The Apple Watch is expected to take stage on Monday ahead of its aniticipated debut next month, and with it will come a whole new class of apps based on the iPhone that present information on the wrist. Today we got the first look at what Numerous, my favorite number tracking app for iOS, has planned for the Apple Watch as soon as it starts shipping.

The shots of Numerous on the Apple Watch are real screenshots of what will be available, not theoretical mockups, and show just what you would want from a number tracking app on your watch: clear data and attractive imagery.

The main view of Numerous on Apple Watch features a grid view similar to the iOS version, but optimized for the small display. Every channel and number from the iOS app can be presented on the Watch version, and you will be able to further customize what you track on your Watch from the iPhone app similar to how the widget currently works. 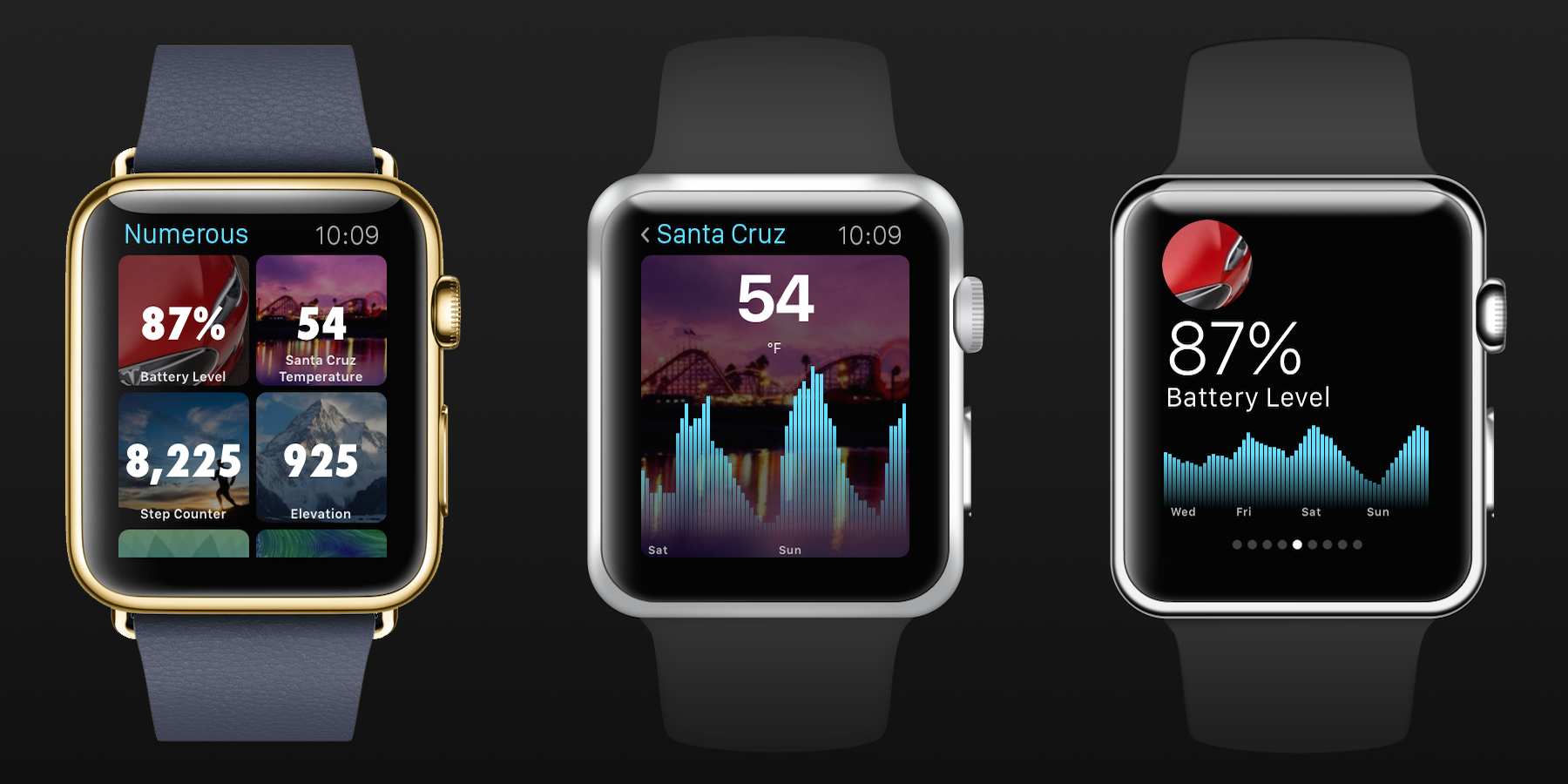 For especially quick access, Numerous can present specific numbers as glance alongside information from other apps. This puts important numbers a swipe away anywhere on the Apple Watch. To dive deeper into a number, tap it from the Apple Watch app and you’ll see rich graphs just like on the iOS app.

Numerous on Apple Watch will also feature live countdowns, something very appropriate for a wrist watch. If only we could use it to count down to the Apple ‘Spring forward’ event on Monday … the iOS app will have to do for now.

You can download Numerous for iPhone and iPad now for free on the App Store. The Apple Watch update will be submitted to Apple as soon as WatchKit apps are allowed to be submitted with availability as soon as the Watch goes on sale planned.

There’s no doubt we’ll see even more Apple Watch app demoes on Monday, and Realmac Software is already teasing Clear for Apple Watch, so stay tuned as we get closer to Apple Watch time.