The banners for the Spring Forward Apple event have started going up at Yerba Buena, in preparation for March 9th. As is usual, the display mirrors the logo and patterns seen on the event invite sent last week. Apple has already been setting up an outdoor structure behind the venue, which will likely become the demo area for press when the event is over. 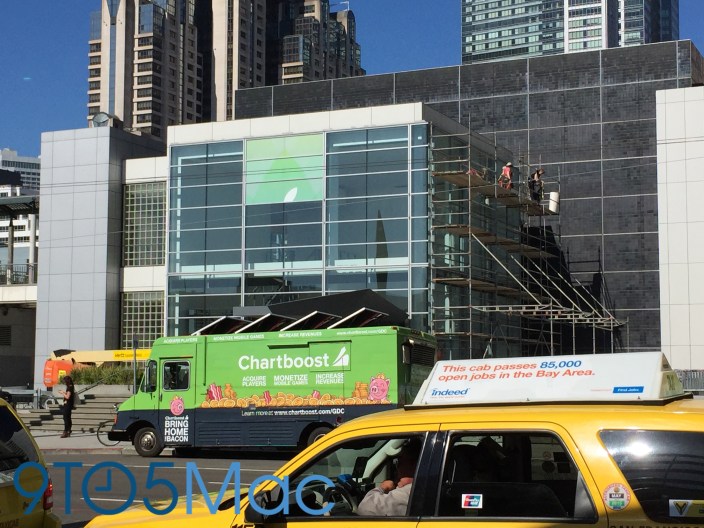 Apple will use the event on Monday to showcase more details about the Apple Watch, hopefully shining light on pricing and availability for the US and internationally. Right now, we know that the Apple Watch starts from $349 (assumed to be the Sport model which has an aluminium body). Expect Apple to show off a wide range of apps for the Watch, as it has been keeping developers on lockdown in the run up to the event.

There is also the chance that Apple will feature some other announcements alongside the Watch, such as refreshed Macs, although it is still unclear whether Apple wants to share the stage with other products — potentially splitting attention from the Watch.

Apple will be live streaming the presentation, so you can follow along on line. 9to5Mac will also be bringing full coverage of the all announcements, from 10 AM.