Apple has began promoting the new Photos app to Aperture users in an email blast to past customers. Photos replaces iPhoto with new iCloud features built in, but the app does not carry over the same advanced editing features as Aperture.

Photos was first announced at WWDC last June with a release date targeted for sometime this year. The developer betas of OS X 10.10.3 included the new app for testers, and earlier this week the first public beta for non-developers was released.

Aperture, which is still being sold for $79.99, is no longer being updated and will be removed from the Mac App Store when the new Photos app is released with OS X 10.10.3 this spring. Adobe has developed an Aperture-to-Lightroom migration tool for professional photographers looking for software alternatives.

The email can be read in full below: 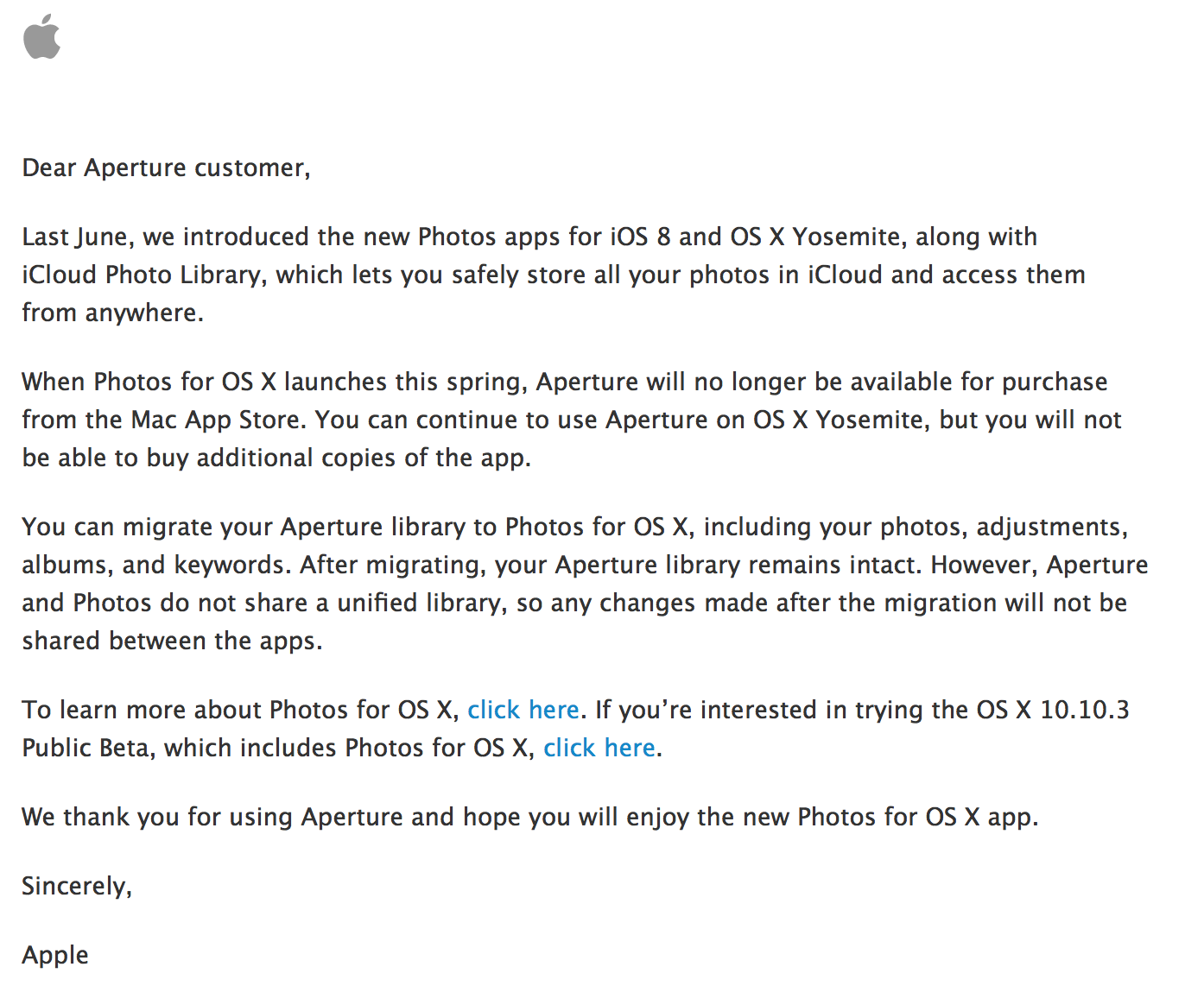